Changing the landscape of childhood cancer, one step at a time 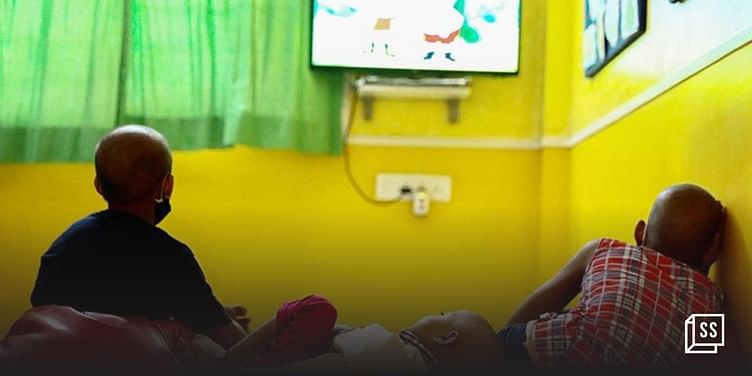 By raising knowledge about paediatric cancer, expanding access to treatment, and encouraging extensive insurance coverage, it is possible to achieve maximum curability among children.

Childhood is a time of endless possibilities, aspirations, desires, and fantasies. However, for children with cancer, it could be a battle for life.

According to recent estimates, one child is diagnosed with cancer every 11 minutes, i.e., over 50,000 children each year. Every year, roughly 76,805 new paediatric cancer cases are reported in India. Furthermore, the Indian Council of Medical Research (ICMR) predicts a 12 percent increase in general cancer incidence in India over the next five years.

Cancer may strike anyone at any age and affect any part of the body. It starts with a genetic alteration in a single cell, which then grows into a mass (or tumour) that invades other regions of the body and, if left untreated, can be fatal.

According to registry data from both community and hospital settings, the most prevalent cancers detected in children in India include leukaemia, lymphomas, CNS tumours, retinoblastoma, and malignant bone tumours. Acute lymphocytic leukaemia (ALL) and acute myeloid leukaemia (AML) are the most frequent cancers in young people, followed by brain and spinal tumours.

There are several kinds of brain and spinal cord tumours, each with its own therapy and prognosis. Neuroblastoma develops in an embryo or foetus during the early stages of nerve cell development and accounts for around 6 percent of juvenile cancers globally. This cancer affects new-borns and young children and is uncommon in children above 10.

In wealthy nations, the cure rate for all paediatric blood cancers is in the range of 80-90 percent. In India, however, the therapy, while curative, is beyond reach for the vast majority of youngsters. Delay in diagnosis and a lack of access to holistic and supportive care are the major causes of the increase. Additionally, due to financial difficulties, alternative medical approaches, or misinformation about cancer being incurable, only a tiny percentage of patients complete the entire therapy.

However, one of the main difficulties is lack of knowledge and late discovery of the condition, which lowers the survival rate. As a result, we must raise awareness about the reality of paediatric cancer in order to identify and address issues.

With advancements in cancer treatment over the last few decades, over 70-80 percent of all childhood cancers can now be treated globally. By raising knowledge about the issue, expanding access to treatment, and encouraging extensive insurance coverage in India, where the survival rate is lower than in other nations, the goal of achieving maximum curability among children can be pushed forward.

From being a park of NGOs, participating in awareness drives on social media and in-person to planning and hosting fundraising events, one can seek multiple ways to be a part of the more significant cause and make a difference. Changing the landscape in the fight against paediatric cancer is not easy; however, with one step at a time, we can ease the lives of many young innocents.