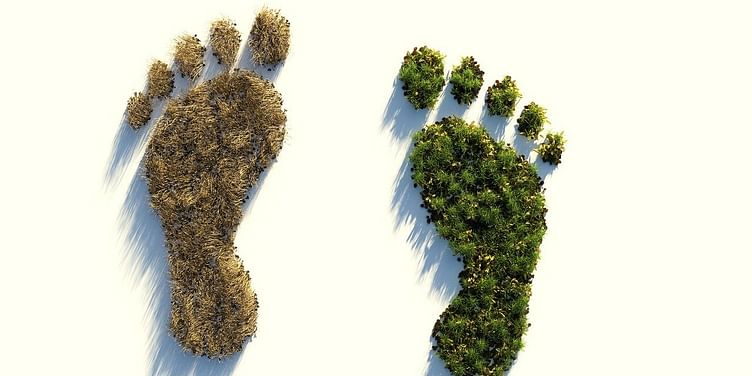 Despite significant advances in the scaling up of renewable energy, it is imperative to look for immediate and sustainable solutions.

A versatile energy product, methanol can play a crucial role in reducing greenhouse gas (GHG) emissions when produced renewably. Carbon dioxide (CO2), treated as waste rather than a resource, can be recycled to produce low-carbon methanol.

Capturing CO2 emissions, hydrogenated with green or recovered hydrogen to produce methanol, offers decarbonising economies a sustainable fuel and chemical feedstock that accelerates the transition towards a carbon-neutral future and circular economies.

With the ability to be produced from a wide variety of renewable feedstocks—including municipal solid waste (MSW), agricultural residue, and captured CO2 with green hydrogen—renewable methanol can cut GHG emissions by up to 95% on a lifecycle assessment (LCA) basis, reduce nitrogen oxide emissions by up to 80%, and eliminate sulfur oxides and particulate matter emissions.

The climate benefits are compounded when methanol is used as a fuel to lower the GHG intensity of applications such as road mobility, power generation, cookstoves, and fuel cells.

Hard-to-abate industries, including shipping and chemicals, are exploring renewable methanol as a promising solution for reducing GHG emissions.

Moreover, steel, cement, and power utility industries can reduce their emissions by producing renewable methanol from CO2 emissions captured at their facilities.

The methanol produced, also called Vulcanol, is mixed with gasoline and used for biodiesel production and waste-water denitrification.

Since 2006, CRI has pioneered the technology required to produce sustainable methanol from carbon emissions. It is rolling it out to help partners achieve industrial-scale Carbon Capture and Utilisation (CCU) projects.

In China, CRI, along with Henan Shuncheng Group, is constructing an emission-to-liquid plant in Anyang, Henan, which will convert hydrogen from coke oven gas and CO2 from a lime kiln to 110,000 tonnes per year of methanol.

Besides other CO2 to methanol plants around the world, including Sweden, Australia, Canada, and Norway, India has taken its initial steps to progress toward producing green chemicals, including renewable methanol.

NTPC set up a CO2 to methanol demonstration plant at NTPC Vindhyachal to demonstrate an environment-friendly technology for producing green fuels and chemicals.

Tata Steel India indicated its intentions to use larger carbon capture units in the future and utilise carbon dioxide to produce green chemicals like methanol.

Renewable methanol offers vast potential to reap significant socio-economic benefits. In the recent decade, India’s per capita CO2 emissions have soared, barring the lockdown period. The share of power generation and industries in total CO2 emissions accounts for 53% and 25%, respectively.

If adequate processes are developed to efficiently process and recycle this “waste” emitted into the atmosphere, new economic value can be generated in the form of chemicals and fuels such as methanol.

The potential to transform waste CO2 into valued products can support new investments in technological innovations that tackle pollution by bolstering the country’s circular economy.

Additionally, India could also look at the scope of expanding its markets internationally, positioning itself as an international hub for renewable methanol production to explore exporting opportunities.

Methanol holds great potential to meet the growing energy demand and enable a smoother energy transition. It offers India a viable and practical alternative fuel, produced with indigenous resources. Methanol will create significant economic benefits for the nation in its pursuit of a low-carbon economy.

From Tsunamika to Janaki, Upasana's Uma has spawned seven social businesses from Auroville