In the shadows of illegal trade 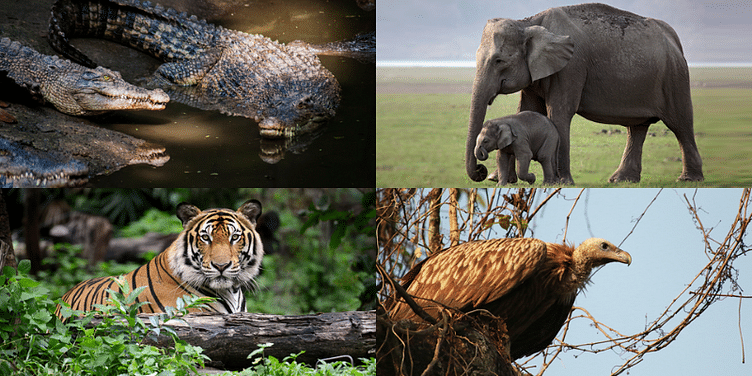 While illegal wildlife trade is among the top five illegal trades globally, the volume of marine species that are being traded in the shadows are becoming a cause of concern.

If I ask you ‘What are the top five illegal trades in the world’, drugs, weapons, and human trafficking will be the ones that will make the list. Wildlife trade may not come easily, let alone marine species such as sea cucumbers and sea fans. However, several reports over the past decade suggest that illegal wildlife trade is among the top five illegal trades globally.

A 2017 estimate by WWF suggests that the trade is worth over $20 billion per year. Tiger parts, pangolin scales, ivory, and rhino horn have been in the spotlight, rightfully. But the volume of marine species that are being traded in the shadows are becoming a cause of concern globally.

India’s story is no different. A recent study by WCS India highlighted the scale of illegal trade of marine species. It is feared that if this trade continues, we may lose some species forever and many beyond their ecologically functional thresholds. The challenges are many, so are the potential solutions. The question is which is the best way to curb this illegal trade.

To understand illegal trade of marine life, one needs to understand various facets of trade in marine life because marine life is traded every day for food, raw material for fishmeal industry, collectibles, consumer products, and more. Fish are caught every day, and some of these fish are schedule species such as dome shark and ray species, many seashells are collected to make buttons and other products including for souvenirs. Some species such as sea cucumbers, sea horses, and sea fans are targeted for trade within India and globally, especially to southeast Asia.

Indian laws accord protection to 42 species and six large groups of marine species such as corals, sea fans species, sea cucumber species, seahorse and pipefish, marine mammals, and some sponge species. There is a lot of demand for many of these species, thus the illegal trade is booming.

The 2022 WCS India report titled “Illegal Trade of Marine Species in India: 2015-2021” analyses the available online news articles to come up with insights on nature, extent of illegal marine trade, and provides some understanding of how the illegal networks operate in the country. They collated 187 incidents of illegal trade in marine species between 2015 and 2021, one wonders how many trades went without being caught. The volumes reported are huge and an eye opener to this unnoticed trade.

Based on the news article, the report gathers that sea cucumbers are the most-traded species with over 64 thousand kilograms seized, with another almost 1,000 unweighted individuals largely coming from Tamil Nadu, Lakshadweep, and Andamans. Sea fans and seahorses were the next two on the most traded list, collectively approximately 665 kg and an additional 4,112 individuals of seahorses and pipefish were seized. A total of 14,188 kg of processed and dried shark fins were reported in eight incidents. A variety of seashells were reported with an estimated 83,666 kg and 1,655 unweighted individual shells seized.

While it appears that species such as sea fans are largely traded within India, sea cucumbers are traded across borders to or through Sri Lanka, Malaysia, and China. The domestic consumption of sea fans is largely for superstitious and religious beliefs and are also hung on walls as decorative pieces. Shells are used in religious ceremonies, decorative items, and medicine.

Many local tourists are unaware that the shells they buy are illegal and are leading to destruction of habitats and population declines. With such varied use, lack of knowledge, high price in the illicit markets, and high international demand make it very difficult for controlling this menace.

Like any complex problem, there is no silver bullet. It needs a systemic approach that involves multiple agencies and players, engagement of stakeholders, and effective law enforcement. One of the major hurdles in curbing the trade is lack of nuanced and evidence-based understanding of how the trade works, who are the players, their incentive structures, the markets and their forces, legal loopholes, bureaucratic hurdles, enforcement agencies’ challenges, and the consumer preferences.

Thus, strong investigative research is key to this, and use of AI-based modelling might provide insights that are otherwise difficult to see. Work on how policies can be rolled out and stakeholders’ incentivisation need to be carried out. Enforcement agencies need to be equipped and trained. Consumer studies need to be carried out and outreach programmes that target behavioural change need to be commissioned. These are just some of the potential interventions that should provide desired outcomes. This is a race against time, with concerted efforts and collaborations between various stakeholders, there is a window of opportunity to make a difference and take a giant step in the direction of sustainable living and human wellbeing.