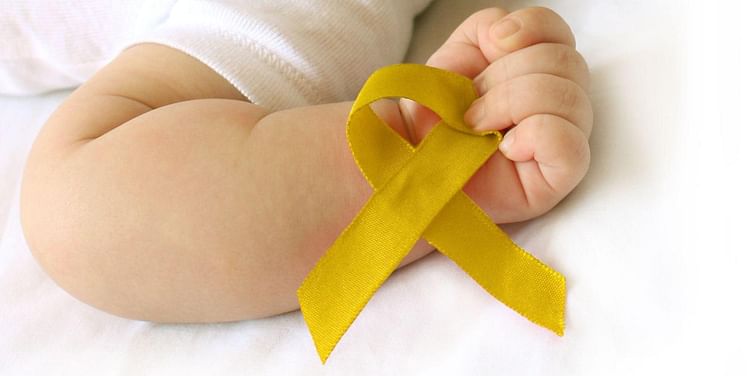 There are different types of childhood cancers; they differ from adult cancers in terms of their location of the origin.

Childhood cancer is a major cause of mortality in children. It affects an estimated 400, 000 children and adolescents aged between 0 to 19 years each year. The likelihood of surviving a childhood cancer diagnosis varies across the world.

Delay in diagnosis, incorrect diagnosis or lack of access to resources for treatment, discontinuation of treatment are among several reasons for this lower survival rate. According to World Health Organisation, only 29% of low-income countries has available cancer medications for their populations.

It is a type of cancer that affects the body's blood-forming tissues. This includes the bone marrow and lymphatic system. It largely affects the red blood cells, white blood cells, and platelets leading to symptoms like bone and joint pain, fatigue, weakness, pale skin, bleeding or bruising, fever, weight loss, among others.

Since acute leukemias can spread quickly, they must be treated as soon as they are diagnosed. Treatment for leukaemia is determined by the type of leukemia, a patient’s age and overall health, and whether it has spread to other organs or tissues or not. Chemotherapy is the widely used to treat leukemia, in which chemicals are used to either kill or prevent leukaemia cells from multiplying. The other treatments include immunotherapy (using drugs to boost immune system to fight cancer cells), targeted therapy and radiation therapy.

This is a disease in which abnormal cells are formed in brain or spinal cord tissues of a child. Most childhood brain tumours begin from cerebellum or brain stem. Symptoms of brain tumours include headaches, nausea, vomiting, blurred or double vision, dizziness, seizures, difficulty walking or handling objects, etc.

Brain tumours in children can be cured by surgery or a biopsy. The surgery helps in reducing the size of the tumour, this is usually followed up by radiation or chemotherapy to kill or stop the remaining cancer cells (if any) from replicating or spreading.

This type of cancer forms in the nerve cells of a developing embryo or foetus. It occurs in infants and young children and is very uncommon in children over the age of ten. This tumour commonly begins in the adrenal glands and can also form in neck, chest, abdomen, and spine causing swelling and symptoms such as bone pain and fever.

Also known as nephroblastoma, it begins in one or, in rare cases, both kidneys and is commonly found in children aged 3 to 4 years old. It starts as a swelling or lump in the abdomen. Fever, pain, nausea, and a loss of appetite are some common symptoms of the disease.

The success rate of treatment for Wilms tumour is high when diagnosed early. The treatment may begin with surgery to remove all or part of a kidney where the tumour has been spread. The surgery is also used to confirm the diagnosis; the removed tissue is used to determine the type of tumour or whether it is cancerous or not.

It begins in the cells of an immune system called lymphocytes and in lymph nodes or in other lymph tissues like tonsils. Lymphomas affects the bone marrow and other organs and causes symptoms such as weight loss, fever, sweats, tiredness (fatigue), and lumps (swollen lymph nodes) under the skin in the neck, armpit, or groin. There are two types of lymphomas which are, Hodgkin lymphoma and non-Hodgkin lymphoma which affects both children and adults.

Most childhood cancers are curable with generic medications and other forms of treatment, such as surgery and radiotherapy. Childhood cancer treatment can be cost-effective in all income levels if diagnosed early. Improving access to paediatric cancer care, including therapy focused approach and technological advancements is extremely critical and will be proven cost effective, feasible and will hold the potential to improve survival rate of the condition.

This 18-year-old social entrepreneur is helping artists, creators to monetise their art

10 times ISRO has made every Indian proud