These are the 5 most sound businesses in Web3 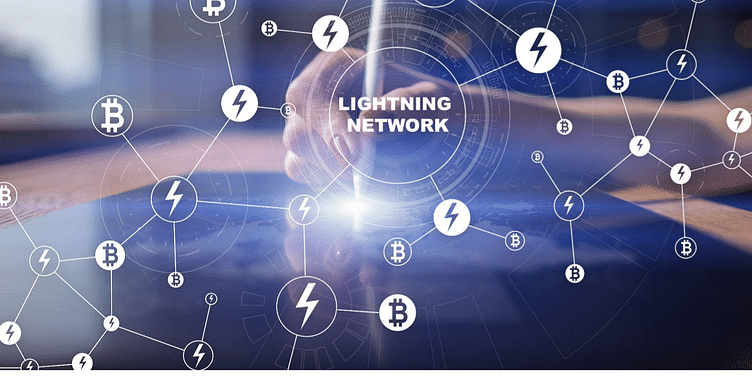 According to the 30-day time frame YourStory Research and The Decrypting Story has determined the top protocols in terms of four separate metrics: earnings, revenue, fees, and token incentives based on data from Token Terminal.

Despite the market downturn, this month the sector saw important advances such as the Ethereum merge- a landmark event where Ethereum switched to the Proof-of-Stake (PoS) consensus mechanism, with an aim to significantly lower Ethereum's high carbon footprint.

Meanwhile, larger brands like e-commerce firm Flipkart and coffee chain Starbucks have partnered with Polygon to enter the web3 market. Many protocols, like Aave, The Graph, Fantom have emerged as key players in the Decentralised Finance (DeFi) - a version of finance that does away with traditional obstacles to conducting finance.

Earlier this week, Token Terminal, a platform that aggregates financial data on leading blockchains and decentralised applications, introduced a sound business leaderboard with the data comprising 52 protocols including ﻿Polygon﻿, Ethereum, ﻿Uniswap﻿, Looksrare and others. This data entails the list of protocols and its performance throughout time frames ranging from 24 hours to 365 days.

Based on this data, YourStory Research and The Decrypting Story examined 52 protocols in a 30 day time frame and determined the top protocols in terms of four separate metrics: earnings, revenue, fees, and token incentives.

As per Token Terminal, earnings of the protocols were determined using the following formula: revenue minus token incentives. The results found that protocols including ﻿MakerDAO﻿, ﻿1inch﻿, MUX, Index Cooperative, and Ribbon Finance have made it to the top 5 based on their earnings, over a 30-day period ended September 27.

MakerDAO, a decentralised lending protocol built on Ethereum which allows lending and borrowing of cryptocurrencies, emerged on top with earnings of $1.2 million. In terms of both Ethereum native protocols – MakerDAO and Ribbon Finance – MakerDAO’s earnings are 55.8 times higher than the earnings generated by Ribbon Finance, as per YourStory Research and The Decrypting Story’s analysis in a primary time frame of 30 days.

Though all the three protocols share a common point of being built on Ethereum, they differ in earnings and revenue. The average difference between the lowest and highest earnings, across the time periods, is close to 40.6 times.

The 30-day revenue analysis highlights that the top 5 protocols are Ethereum, dYdX, Synthetic, GMX and LooksRare. As per Token Terminal, the revenue refers to fees generated for the tokenholders by the protocol in a given time frame.

In the 30 day time span, the Ethereum blockchain has generated revenue of $52.7 million which is 17 times higher than NFT marketplace LooksRare. Over the 6 months and 1 year horizon, Ethereum’s respective revenues of $1.3 billion and $7.3 billion are 86.7 times and 279.7 times higher than the decentralised spot and perpetual contract trading platform GMX’s $15 million and $26.1 million in the respective time spans.

The top 5 protocols by transaction fees, which refers to the amount paid by end users for using the platforms, include Ethereum, ﻿Uniswap﻿, Lido Finance, Convex Finance and ﻿Aave﻿.

Starting with the 30 day time span, Ethereum has topped the category across all the other time spans. Users paid $75.1 million in fees for Ethereum use in the thirty days ended Sept. 27, which was 5.2 times more than the $14.4 million paid to use Aave.

Similarly, in the trailing seven days, Ethereum raised $13.1 million in fees - 7.3 times higher than $1.8 million garnered by Aave. The trend was similar in the 90 day time span too, where$273.9 million raked in fees by Ethereum are 7.9 times more than Aave’s $34.6 million. In the last 7 days alone, post merge, users have paid transaction fees of $13.1 million on Ethereum which is over 1.4 times higher than Uniswap-the number 2 in the top 5 by fees.

Across all the time spans, on an average Ethereum has mopped up 13.6 times higher fees in comparison to the number 5 in each of the time buckets.

Token incentives are the dollar value of tokens that is distributed to users. Just like others, the top 5 protocols in this category are also arrived at on the basis of 30 days performance. Token incentives create demand for the tokens, which then dictates the token’s price.

Given that Token Terminal aimed at putting out data to find the most sound protocols, the visual inference in case of this parameter goes from red to green when it comes to high to low. The reason being that protocols offering more tokens are incurring higher expenditure in the non-Web3 parlance.

However, in the Web3 context, beyond the top 5 protocols, despite generating lesser revenue some of the blockchain protocols have spent a larger amount on token incentives which makes them less profitable and also lossmaking.

The top 5 spenders on token incentives are Ethereum, Synthetix, Polygon, dYdX, and Lido Finance. When they pay higher token incentives, the protocol users stand to earn.

While Lido Finance-a liquid staking protocol that offers staking solutions-respectively paid $ 21 million and $57.5 million each in 90 days and 180 days ended Sept. 27, the token incentive spend stood at $1.7 billion and $4.6 billion for Ethereum.

Over 365 days, Ethereum spent $14 billion - 154.4 times more than $90.7 million spent by Lido Finance. And across the five time buckets, Ethereum paid an average 90.8 times higher than Lido Finance, which in a data-backed manner validates the thought that the leadership that Ethereum commands comes at a high cost.

During the last 30 days, while Ethereum has generated $52.7 million revenue it has also spent $434 million on token incentives.

Beyond the top five protocols across the four key parameters, Token Terminal’s data highlights protocols such as The Graph, Decentral games, and L2 chain Optimism that have also spent more on token incentives compared to their earnings.

However, of all the major lending protocols, only MakerDAO’s earnings and revenue exceeds the token incentives.

(This story has been updated to correct a typographical error.)