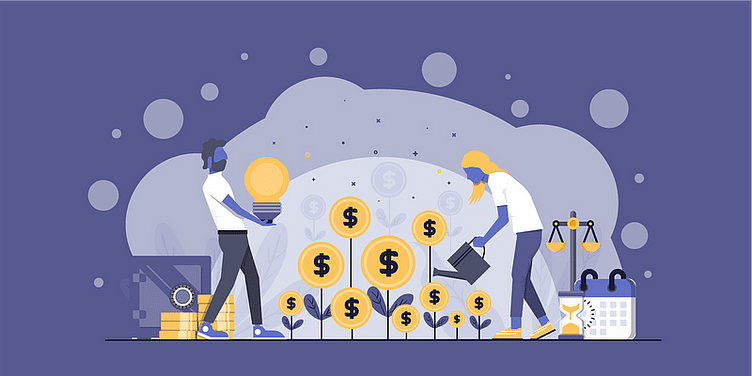 5ire claims to be the world’s first sustainability-focused Layer 1 blockchain project, complete with its ecosystem featuring an exchange, a wallet, an NFT marketplace, as well as a VC fund to help grow other sustainable blockchain projects.

With the fresh funding, the startup will look towards the expansion of its ecosystem (involves liaising with government stakeholders in India and upcoming international markets), investing in technology and resources (adding tech developers to build a more robust 5ireChain infrastructure), investing in research for innovation, amplifying human capital and hiring the best talent, enhancing adoption of 5ireChain across crucial target audiences, etc.

"Capital commitment is similar to 'funding secured', and this $100 million is capital against equity. The only difference is, when we go IPO, we can draw down on this amount at whatever the current share price and valuation are, and GEM is obligated to provide capital totalling $100 million. The minimum valuation we expect is around $1.1 billion and the upper limit can be $2 billion on even higher - it all depends on when we draw down."

Prior to this capital infusion, 5ire's valuation stood at $110 million, upon receiving a funding of $21 million in its seed round from both private and institutional investors such as Alphabit, Marshland Capital, Launchpool Labs, Moonrock Capital, among other investors. 5ire claimed it is currently in talks to raise more funding soon.

Pratik Gauri added, "This infusion of capital from GEM is aligned with 5ire's vision of going public. I am excited about our partnership with GEM and looking forward to finding synergies in how we further promote our vision of ‘For-benefit’ ventures in the 5ire ecosystem to transition the world from 4th Industrial Revolution to 5th Industrial Revolution, meet the 2030 SDGs and beyond. I feel that sustainability is not a one-time phenomenon, but a consistent development benchmark here on forward."

5ire has been working on the UN's Sustainability goals and partnering with nations across three continents as the first step in this direction. By signing MOUs, 5ire has taken this first step in the public-private partnerships in India, Nigeria, and the United States to bring its technological solutions for sustainability, better governance, more just and transparent law enforcement, and more.

5ire also claims to be the world’s first sustainability-focused Layer 1 blockchain project, complete with its ecosystem featuring an exchange, a wallet, an NFT marketplace, as well as a VC fund to help grow other sustainable blockchain projects.

"We are thrilled that our vision of impacting the lives of one billion people positively is starting to bear fruit. We are the only sustainable blockchain in the world and we will continue to work relentlessly until sustainable practises through blockchain and doing good for benefit, become a way of life for businesses," says Co-Founder and CMO Prateek Dwivedi.

CBO and Co-Founder Vilma Mattila added, "Sustainable development is estimated to be a $20 - 30 billion dollar market in 2022 that is slated to grow to as much as $50 billion by the year 2030. For us to be able to make an impact on the world, multiple stakeholders in the ecosystem will need to come together and build a community that encourages businesses to do good. With this capital, we aim to develop initiatives that help in community building as well."