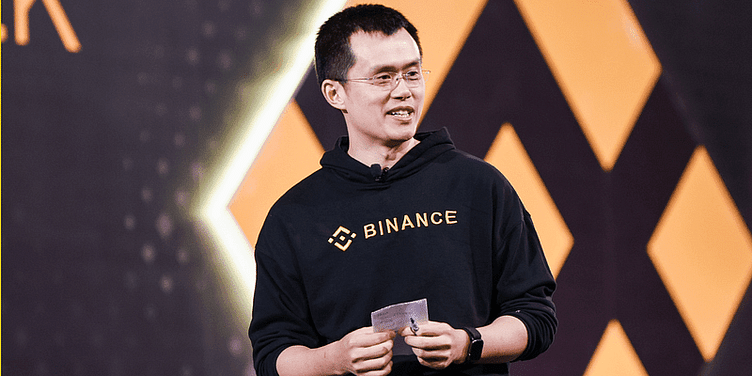 Binance CEO Changpeng Zhao says FTX has asked for help, which has led to a 'non-binding LOI, intending to fully acquire FTX.com and help cover the liquidity crunch'.

Binance CEO Changpeng Zhao took to Twitter to confirm the deal. "This afternoon, FTX asked for our help. There is a significant liquidity crunch. To protect users, we signed a non-binding LOI, intending to fully acquire FTX.com and help cover the liquidity crunch," he said.

This afternoon, FTX asked for our help. There is a significant liquidity crunch. To protect users, we signed a non-binding LOI, intending to fully acquire https://t.co/BGtFlCmLXB and help cover the liquidity crunch. We will be conducting a full DD in the coming days.

In addition to this, Zhao said Binance will be conducting a full due diligence on FTX in the coming days. However, because the LOI is non-binding, industry experts believe Binance could withdraw from the deal at any time.

Earlier speculations hinted that FTX and its sister company, Alameda Research, were in the midst of a liquidity crisis. It was first reported on November 2, by ﻿CoinDesk﻿.

On Monday, Binance announced its plans to liquidate its entire holdings of FTT tokens.

Zhao announced in a tweet that decision to liquidate FTT tokens was “post-exit risk management, learning from Luna”, a reference to the collapse of the Terra-LUNA stablecoin ecosystem that wiped almost $60 billion off the market.

Post the tweet, ﻿FTX﻿ experienced an increase in withdrawals on Sunday, as speculation mounted. However, Sam Bankman-Fried assured "assets are fine" and dismissed reports of liquidity issues as "false rumours".

On Tuesday, Bankman-Fried took to Twitter to confirm the deal. "We have come to an agreement on a strategic transaction with Binance for FTX.com," he said.

1) Hey all: I have a few announcements to make.

FTX’s token FTT plunged nearly 73% following the news and Bitcoin is also not doing well. BTC is down nearly 10% and Ether down to 16% in the last 24 hours.

Since July, FTX was making headlines for grabbing deals and bailing out many bankrupt crypto lenders like Voyager, BlockFi, Robinhood, and others. Industry experts hailed Sam Bankman-Fried as a saviour of the industry, comparing him to JP Morgan and Warren Buffett.

In September, CNBC reported that ﻿FTX﻿ was in discussions with investors to raise $1 billion fresh capital at a valuation of $32 billion. Bankman-Fried was also featured in Forbes 400 list of richest Americans, amassing a net worth of $22.5 billion. He was featured alongside Jeff Bezos, Elon Musk , Mark Zuckerberg, Bill Gates, Larry Page, and others.

FTX was backed by Singapore’s Temasek, SoftBank’s Vision Fund 2 and Tiger Global and in January, the crypto exchange raised $400 million in a Series C round and was valued at $32 billion. However, post the news, Bloomberg Billionaires Index revealed that Sam Bankman Fried was on the brink of 94% wealth wipeout and his estimated net worth was now $991 million.

This news has also sparked a debate in the industry, with many wondering about the security of the sector.