Bitcoin and Ethereum use more energy than many developed nations, but are they bad for the environment? 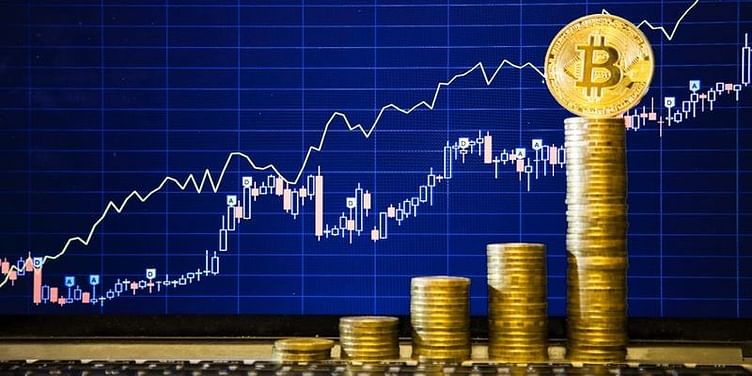 While Bitcoin and Ethereum consume more energy annually than some developed nations, it is a monumental challenge to precisely determine the energy mix powering the distributed set of nodes participating in these networks.

Did you know? Bitcoin - the first cryptoasset built on blockchain - and its network reportedly consume 91 terawatt-hours of electricity per year, as per a New York Times story.

In fact, this is more than what Finland, a nation of 5.5 million, uses annually. Not just that, The Netherlands, Argentina, and The United Arab Emirates all use less energy annually than Bitcoin, as per reports.

An earlier estimate by The University of Cambridge Centre for Alternative Finance (CCAF) projected Bitcoin's total energy consumption was around 130-terawatt hours annually.

(The University of Cambridge maintains a Bitcoin electricity consumption index (which is updated every 24 hours). It can be accessed here.)

Ethereum - the most popular blockchain network for Decentralised App (DApp) development - has also been running a highly energy-intensive global platform. An Investopedia article in late 2021 pointed out that the Ethereum network uses 99.6 terawatt-hours of electricity each year.

Those that believe Bitcoin (and other cryptoassets like Ethereum) are scams or channels for money laundering, usually maintain that their energy consumption is unnecessary and far too wasteful.

Those adopting Bitcoin and Ethereum as decentalised platforms for storing their wealth, interacting with decentralised networks, hedging against inflation, etc think the energy spend is required.

Further, it is argued that energy consumption by any industry or network cannot be directly correlated to environmentally-damaging carbon emissions without understanding the source of the energy (energy mix) first.

As such, public opinion on Bitcoin and Ethereum’s energy use is largely polarised.

Many ardent Bitcoin believers and Ethereum enthusiasts admit the new generation of upcoming, energy-efficient blockchain networks can possibly set the stage for a greener blockchain revolution.

But how are these new blockchain platforms different from Bitcoin and Ethereum, and why can they be more energy-efficient?

The answer lies in the mechanisms they use to achieve consensus among their participants.

Bitcoin and Ethereum currently rely on a Proof-of-Work (PoW) consensus system, where participants on the network must use advanced hardware to expend a significant amount of computational power and energy to solve a puzzle to validate a blockchain transaction.

Newer chains like BNB Chain, Solana, Tezos, Algorand, Cardano, and many others use a Proof-of-Stake (PoS) consensus, where participants must lock a certain amount of the network’s native token as their stake in order to be selected as a validator.

As such, there is no significant expenditure of energy, and PoS chains do not require high amounts of computational power to solve puzzles. They are more energy-efficient, affordable, and open to participation for a larger number of users.

More information on PoW and PoS consensus can be found in this explainer article.

What are Proof of Work, Proof of Stake blockchain consensus systems in crypto? Here’s all you need to know

At the outset, Bitcoin and Ethereum’s energy consumption looks alarming, in comparison to other non-blockchain networks like Visa and Mastercard, which are significantly faster in terms of Transactions per Second (TPS) and energy consumption per transaction.

However, critics argue energy consumption by blockchain networks cannot be directly correlated to carbon emissions without factoring in the source of the energy.

As per a 2021 Harvard Business Review article, while determining energy consumption is relatively straightforward, one cannot extrapolate the associated carbon emissions without knowing the precise energy mix - that is, the makeup of different energy sources used by the computers mining the crypto asset.

While the energy used by the entire Bitcoin and Ethereum network can be estimated to a relatively accurate degree, identifying the energy mixes at the various locations where the participant nodes are based is a monumentally challenging, if not impossible, task.

Blockchains are inherently decentralised by design, and their anonymous participants have no actionable or legal responsibility to reveal the details of their energy mixes.

An HBR article notes that ‘the best estimates of energy production geolocation (from which an energy mix can be inferred) come from the CCAF, which has worked with major mining pools to put together an anonymised dataset of miner locations.’

However, not all mining pools are included in the dataset, nor is it always updated, which makes it near impossible to correctly estimate Bitcoin’s energy mix (and consequently, its carbon footprint).

A 2019 Coinshares report claimed nearly 73 percent of Bitcoin’s energy consumption was carbon neutral, suggesting that nearly three-fourths of electricity used to run the network came from renewable sources such as hydro power in Southwest China and Scandinavian countries.

The CCAF, however, projected in September 2020 that only 39 percent of Bitcoin’s energy use came from clean sources.

What is Bitcoin? BTC origins, transactions, and other key features explained

Ethereum’s plan to upgrade to PoS

Although determining the real carbon impact of decentralised networks is not as easy task, Ethereum is pivoting from PoW to PoS to improve its efficiency in terms of energy use, TPS, transaction fees, and scalability.

The collective set of upgrades is known as Ethereum 2.0, and will launch in several phases. The first phase — the Beacon Chain — went live in December 2020.

The Beacon Chain is a PoS network that introduces staking (locking of crypto by the network’s nodes) to the Ethereum blockchain.

As a test experiment before the actual Merge, Ethereum recently went live with the Kiln Testnet - which is ready to merge with the Beacon chain.

The final phase of Ethereum 2.0 involves sharding, which is the process of dividing the network into subsets of nodes to improve efficiency. Instead of executing all transactions on a singular blockchain, sharding allows Ethereum to spread operations across several new chains.

Bitcoin, which is increasingly being seen as a store of value (and relying on Layer-2 solutions like Lightning Network to increase its efficiency), has no plans to move away from PoW.

Despite all their benefits, Bitcoin, Ethereum and other energy-intensive blockchain networks continue to come under the scanner for their high energy consumptions.

However, as it is a monumental challenge to precisely determine the energy mix powering these networks, the jury is still out in terms of their impact on the environment.