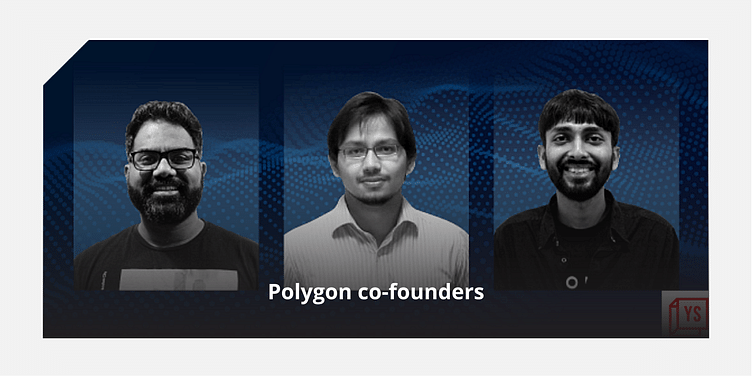 The fundraise comes on the back of Polygon emerging as the playground for decentralised metaverse-building activities. The firm's solutions have become the go-to protocols and frameworks for building and connecting Ethereum-compatible blockchain networks.

The funds will be raised through a private sale of Polygon’s native MATIC token. The Web3 startup's market cap was $14.4 billion at the time of publishing.

In a statement, Polygon claimed the fundraise will allow the team to consolidate its lead in the race to scale Ethereum, obviating the need for alternative blockchains and paving the way for mass adoption of Web3 applications.

Polygon is building a suite of Web3 scaling solutions, similar to Amazon Web Services (AWS) offerings for Web2 developer, i.e a tool for several possible use cases. The team is also investing in cutting-edge zero-knowledge (ZK) technology heralded as the key to onboarding the next billion users to Ethereum.

"Web3 builds on the early internet's open-source ideals, enabling users to create the value, control the network and reap the rewards. Ethereum, scaled by Polygon, will be the bedrock of this next stage in the Web's evolution. Technological disruption didn't start with Web2, nor is it going to end there. That’s why we are very excited to see some of the same firms that funded the previous round of innovation now being our Web3 vision."

The fundraise comes on the back of Polygon emerging as the playground for decentralised metaverse-building activities. The firm's solutions have become the go-to protocols and frameworks for building and connecting Ethereum-compatible blockchain networks.

Polygon has attracted some of the biggest projects in Web3 — from DeFi protocols such as lending platform Aave to luxury brands company Dolce & Gabbana, and NFT marketplaces including OpenSea and Mark Cuban’s Lazy.com.

Virtual world projects such as Decentraland and Animoca Brands’ The Sandbox are also laying the groundwork for the metaverse on the network. Polygon's growing suite of products and scaling solutions have seen widespread adoption, with over 7,000 decentralised applications hosted on them.

“The platform of choice to build on the blockchain today is Polygon. Thousands of developers across a range of applications are choosing Polygon and their complete set of scaling solutions for the Ethereum ecosystem,” said Shailesh Lakhani, MD, Sequoia India. “This is an ambitious and aggressive team, one that values innovation at its core. Sequoia Capital India is thrilled to lead this significant financing round.”

“Adoption by individual users and enterprises, the emergence of real-world applications like DeFi and NFTs, and broader involvement from the institutional community are all strong indicators that Web3 has passed a major installation milestone and is here to stay,” said Galaxy Digital CEO Mike Novogratz. “Together, Polygon and Ethereum are building the base layer for a new Internet, which is why we’re excited to play a role in this important fundraise.”

In May 2021, Polygon raised an undisclosed amount of funding from US-based tech billionaire and serial startup investor Mark Cuban — a mainstay of the American reality TV show Shark Tank.

The startup was initially bootstrapped with funds from friends and family of co-founders Sandeep Nailwal, Jaynti Kanani and Anurag Arjun, and later went on to raise $5 million from Binance in an initial exchange offering that saw the founders sell a portion of the MATIC tokens they had held.

Through 2020 and early 2021, Mihailo Bjelic, an engineer from Serbia, joined as a co-founder as Matic Network expanded its scope and rebranded to Polygon — Ethereum’s internet of blockchains.

The co-founders are now at the centre of enabling a robust blockchain ecosystem, even as they mentor and invest in a growing crop of young entrepreneurs and startups in the space, and build a globally-recognised company disrupting the industry from India.

(This is a developing story. Watch this space for updates and comments.)