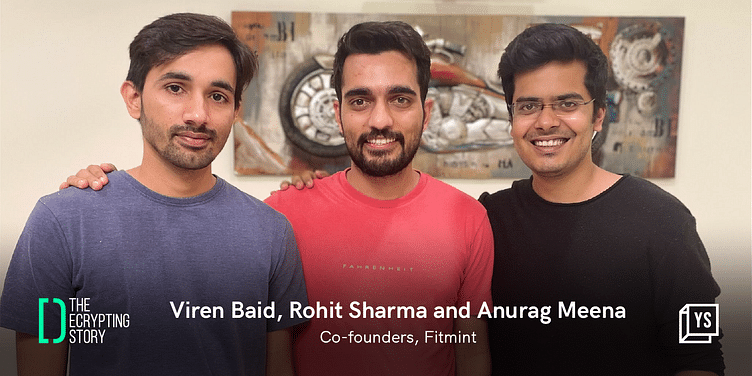 Fitmint is a move-to-earn app where users can earn rewards in the form of crypto or NFTs just by walking, running, or working out.

Bengaluru-based Web3 startup ﻿Fitmint﻿ on Wednesday announced that it has raised $ 1.6 million of seed funding led by General Catalyst.

Other marquee investors—including iSeed, Kearny Jackson, Dweb3, and 1947 Rise—also participated in the round. The startup will use the capital raised to expand its team and optimise its marketing and tech infrastructure.

Founded in January 2022 by Viren Baid, Rohit Sharma, and Anurag Meena, Fitmint is a move-to-earn app where users can earn rewards in the form of crypto or NFTs just by walking, running, or working out.

Co-founder Rohit said, "The larger mission is to build a killer, global product built out of India. Popular existing apps and products are not from India. Web3 and decentralisation enables people from any part of the world to build a global community and product."

He added that blockchain is the enabler and users need not have a deep understanding of the tech. "We bring its benefits to users without expecting them to understand the terms technically. As such, we have built our own native infrastructure, so that we don't hamper user experience by integrating several third-party apps and services," he added.

Viren said, “We aim to nudge people to adopt a healthy and active lifestyle alongside aligning them with the wonders of Web3. The funding is a momentous milestone in the same direction. With Fitmint, the revolution in fitness has just started off, and is bound to go a long way further in the times to come.”

The Fitmint app was launched in May 2022. It is now available on iOS and Android and aids users in burning calories.

(This story was updated with a modified headline.)