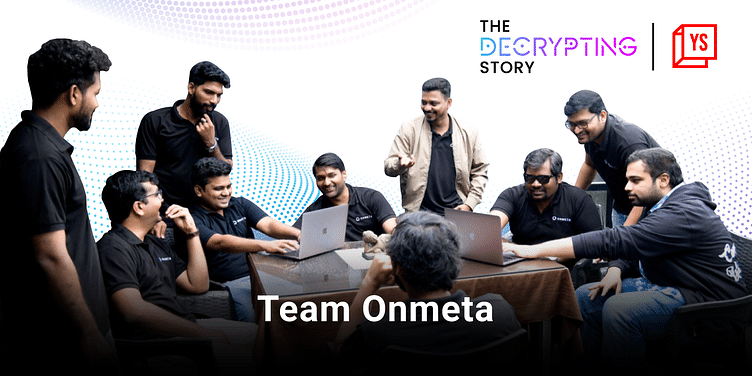 Onmeta, the India-focused on-ramp and off-ramp solutions provider for the crypto segment, has raised a funding of $1.5 million in a Seed round.

“Mainstream adoption of Web3 projects is only possible if Web2 UX can be brought to the Web3 ecosystem. While most other on- and off-ramp service providers process payments in 5–10 minutes on an average, Onmeta has processed 91% of its transactions so far in under 60 seconds, mirroring the current Web2 experience of instant payments," said Bharath. T, Founder and CEO, Onmeta.

The Bengaluru startup ﻿Onmeta﻿ provides enterprise on- and off-ramp solutions through API and widget integration to Web3 apps. The startup, which is registered in Singapore, essentially powers the payment gateway of Web3 companies it works with.

Launched in December 2021 by Bharath. T and Krishna Teja Nemani, Onmeta’s product went live in April 2022. Since inception, Onmeta has processed transactions of over $1 million for more than 15 Web3 apps focusing on the Indian market, the startup said.

The company also said that Web3 developers leveraging Onmeta can focus on building their core businesses, while the startup takes on the responsibility of managing compliance with regulatory requirements in all jurisdictions it supports.

"For example, Onmeta is in compliance with local regulations like eKYC and AML checks for all the transactions processed through its solutions," according to a statement from the company.

“Onmeta is building bridges to unlock India’s active Web3 user base from a couple million today to the next 10 million users. The team is inspired to bring the PayPal or Stripe user experience for Web3 games and DApps that want to tap into India’s scale with a one-stop solution," said Sia Kamalie, Founder, Skycatcher.

Onmeta currently has about 25 team members.

The funding will be used to build support for multiple fiat currencies, eventually offering support for all major currencies. It will also be used for team expansion and community outreach.

Onmeta runs on a B2B model and supports tokens across Polygon, Ethereum, and BNB Chain.

(The story has been revised to correct a factual error.)