Blockchain gaming: The rise of dynamic NFTs in P2E games 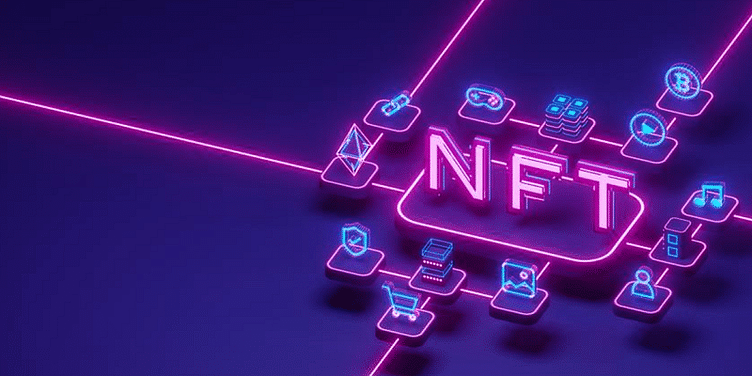 Dynamic NFTs form a core piece of the Web3 metaverse and gaming economies. They can be deployed at scale across different blockchain gaming use cases such as upgrading, minting, renting, leasing, and fractionalising.

Over the last few months, metaverse and blockchain-based gaming have seen a rapid rise across the globe. While many may brush this aside as a fad, the numbers tell a different story.

According to DappRadar, the number of daily unique wallets interacting with gaming smart contracts has grown from 28,000 in 2020 to $1.3 million in 2021. Even monetisation trends in the industry have been strong, with Blockchain Gaming Alliance reporting that while the blockchain gaming sector earned $320 million in the entirety of 2020, NFT (Non-Fungible Token) based games generated $2.32 billion in revenues for Q3 FY22 alone—which is an 8x growth.

At the heart of it, metaverses are interactive ecosystems that use game-level graphics (can also use AR/VR elements) and game engine interactions to solve for user engagement. These ecosystems use a blockchain ledger to build out X2E economies (‘X’ can be “play”, “learn”, “contribute”, etc)—where a supply of tokens (which run the economy) is released into the ecosystem as more users join. P2E (play-to-earn) economies have become the most prominent paradigm in blockchain gaming—usual suspects include games like Axie.

Dynamic NFTs (whose metadata can be updated) form a core piece of the Web3 metaverse and gaming economies. To understand the complexity of such ecosystems, imagine a Pokemon game (read: an Axie-like game) where you start with three pokemons—A, B, C. Assuming there are approximately 200 players who will want to start with A, 300 with B, and 400 with C, we effectively have 900 NFTs (each NFT will have a unique address and unique metadata values at a particular “state”—the metadata here can be experience points or XP/levels, movesets, graphics, etc).

The updated rules can be coded into the smart contract, ie if my Pokemon crosses 100 XP (note: here the parameter XP is predefined in the NFT), it will evolve, or if the NFT interacts with an external signal—like a sports news feed—it can trigger the update of the NFT, or if you enter a certain zone in the metaverse, etc.

As games scale up, i.e., go from sub 500 daily active users to 10,000 DAUs, different elements of the backend need to be productised to enable deployment of dynamic NFTs at scale across different use cases such as upgrading, minting, renting, leasing, fractionalising, etc.

We have seen challenges with the synchronisation of on-chain and off-chain databases—games/metaverse often work with both on-chain and off-chain databases. On-chain databases will be used to store the addresses/ownership data. For example, in a fighting game where one can pick up different weapons/items, if one picks up a knife NFT, the ownership vector will now point to that person. Similarly, for the off-chain data, a character’s graphics will get stored on a centralised/off-chain database. As games/metaverses scale, there is a potential to provide a platform for the synchronisation, batching of blockchain update requests, and updating of various data points in the ecosystem—which games currently build in-house using ineffective alternatives like cron jobs. Companies like Chainlink have been working on this problem.

How cricket and cinema are boosting India’s NFT market, spurring innovation among startups

Currently, no dashboards exist to see the status of active NFTs, and no good tools exist to edit smart contract updating rules. At any given point in time, game developers do not have visibility of the game rules and conditions in one place.

For example, if one has 400 unique pokemon, each corresponds to a unique smart contract which determines the rules of NFT updates. With newer games and mechanisms, the NFT ecosystem becomes more complex. For example, of the 400 NFTs, you have 200 NFTs which need to further interact with external stimuli to trigger a smart contract auto-updating/metadata updating. The vision can be to build a no-code dashboard to drag and drop game functionality/game economy functionality where one can drag a box which changes the game economy rules (eg changing the prize for a pokemon battle from one to two points, etc.)

We have also come across challenges with serum-based NFT updating mechanisms (however, they don’t allow for the preservation of the previously held NFTs). We believe that the total addressable market will become large enough in the coming few years as Web3 metaverse and gaming companies might share $0.5-$1 per user (approximately $15-20 Average Revenue Per Unit), making this an interesting but nascent space to look at.

The NFT ecosystem is rapidly evolving with many exciting new opportunities and challenges. We feel we have just scratched the surface, and there is a lot more yet to come.

Ahead of IPO, OYO's valuation dips in pvt market after markdown by SoftBank

What’s the right time to raise funds for your D2C startup?