The purpose of art is to question, raise issues and promote discussions: The Casteless Collective

This Tamil Nadu-based rap group does not shy away from difficult subjects like caste politics, honour killings, and gender inequality. YS Weekender catches up with Tenma, its music director.

Movies have a way of bringing issues in society to the fore, as does art. When you combine the two, you get one art form bringing another into the limelight. Yes, we are talking about Gully Boy, and how it brought rap to every-day conversations. And one group of musicians could not be happier.

Tamil Nadu-based ‘The Casteless Collective’ has been spurring its own hip-hop movement, which engages with the current political and social issues in the state. The band includes four rappers, seven instrumentalists, and eight gaana (a popular folk music style in Tamil Nadu) musicians.

“Through this collective, we aim to use music to eliminate caste and religious discrimination,” says Tenma, the music director of the collective.

The Casteless Collective's first performance was in January last year at a school in Chennai. A whopping 7,000 people turned up. Be it celebrating Ambedkar’s tireless fight against the caste divide in Bhim Rap, or condemning honour killings in the name of caste, rap came of age in one magical night. But it is not all serious stuff; the small joys of living in 'Madras' despite not having much money, expressed in Madrasin Magizhchi, perfectly captured why the city by the sea is so beloved.

YS Weekender caught up with Tenma at the Singapore International Foundation’s Arts for Good initiative held in Chennai recently. Tenma was also the force behind the Madras Indie Collective — a space for independent artistes to meet, collaborate and showcase their work — to discuss this unique art form, and its potential.

YS Weekender: Why ‘Casteless Collective’? What is the thought behind this project?

Tenma: I started the Madras Indie Collective in 2017 to build the artiste ecosystem. I saw at that time that art everywhere was divided. Art is still divided due to patriarchy and class divide, but the artistes were united. So, I planned to bring the arts and artistes together under this platform.

I started with the whole mental health discussion, as I was suffering from depression myself at that time. I was open about it even on social media. I invited artistes, media marketers, painters, and documentary filmmakers to a common place, to talk about things. We started having small intimate gigs. People started to come together and conversations began to grow. And that’s how we started.

Later, in 2017, I got a call from Pa Ranjith (Tamil film director who recently directed the Rajinikanth-starrer Kaala, which highlighted caste politics). He told me that he was looking for someone who could train a bunch of gaana singers, and also have a little bit of political perspective. It seemed like I was the only person available in that niche category, as I was very vocal about the caste and class divide within the music fraternity. And I was secluded and pushed away because of this.

Eventually, I met Ranjith. We had a long conversation, and both of us realised that we're coming from the same place of pain and problems. He then asked me to head this project, and I agreed.

We met about 150 singers, and chose 19 singers based on their personality and what they could contribute to the art itself. So we bought them together and had our first show on January 6 last year. About 7,000 people were in attendance.

YSW: How do you write and compose music and lyrics? How do you explain complex political ideologies through music?

Tenma: We have covered topics including beef consumption, reservation, and manual scavenging. Most members of The Castleless Collective are not educated, and most of them come from the slums. When Ranjith would tell us to compose a song on a particular topic, our principal songwriter Arivarasan and I would have an hour-long conversation about it. I have my own personal and political ideologies, and he has his, and we exchange ideas.

For instance, jingoism is today equivalent to patriotism. I don't believe in this. So we discuss about this, and read up on the topic. These discussions happen round-the-clock; it's a job, a lifestyle, and that just automatically translates into our lyrics eventually.

YSW: Do you think people are caste-conscious in urban settings?

Tenma: Many people do think that caste doesn’t matter. They ask, ‘where is caste?’ We have even written a song about this. But this is the thing: for instance, in IIT Madras, vegetarians and non-vegetarians have separate sinks. What is that? If there is no caste, then why this separation?

Open TikTok and Musical.ly app, and you will see people boasting about their caste and speaking against other communities. Again, we composed a song about this. So everybody sees caste these days. When it comes to reservation, people question why 18 percent, and say that Dalits have it easy. But you are seeing only the now. What about the injustice meted out to them in the past 2,000 years? When it comes to education, you ask about equality. Why not ask the same question when it comes to the profession of manual scavenging? Why does only one community have to do that job?

It's because some people are sitting in a very comfortable chair and listening to (artistes like) Drake that they can’t see all these things.

Also read: ‘Live in the present and keep your mind at peace’: Shreyans Jain, Co-Founder, Under 25

YSW: The Casteless Collective completes a year. What impact has the band been able to create?

Tenma: After our first show, we faced a week of controversies. People were talking and debating about us on national television. There was even international press coverage.

Whether you agree with us or not, the issues we raised were being debated, and that is success. We want people who have no stage to come to the limelight; we brought them on stage and made them sing.

I think we have been able to create a dialogue.

Also read: From Lungi Dance to Ekla Chalo Re: 23 children from disadvantaged backgrounds will sing at Washington choral festival

YSW: Your music essentially consists of rap, and with Gully Boy, this music form has gained immense popularity. How do you think this impacts your work, your music, your theme?

Tenma: Gully Boy actually enhances the rap subculture and helps us to promote the issues that we talk about through our music. So this way the subculture movement is becoming mainstream.

Even though we are talking about Gully Boy, the theme and the subject that the rappers talk about resonates with our work. They talk about poverty (but) not in the glamourous way it was previously showcased in Bollywood. They tried to show things as they are.

This is a movie that resonates with any person who has lived in a slum. They can finally say, ‘This is my story. Finally I have a movie about me and others like me’.

YSW: What next? What themes are you exploring at present?

Tenma: We have discussed Prime Minister Narendra Modi, menstruation, LGBTQ community, sexuality and fluidity, among others. We are also writing about honour killings.

When we started, we wanted to be sure about one thing: that our music should have a purpose; it couldn’t be just aesthetic, because these topics made people uncomfortable. But the purpose of art is to communicate things. We all come from the oral tradition.

The whole idea of art is to question, raise issues, and promote discussions. And we will continue to do that. 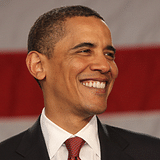 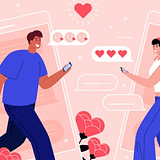 Winning ways to be right-swiped on dating apps 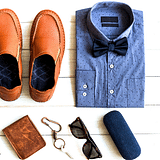 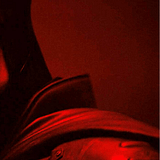