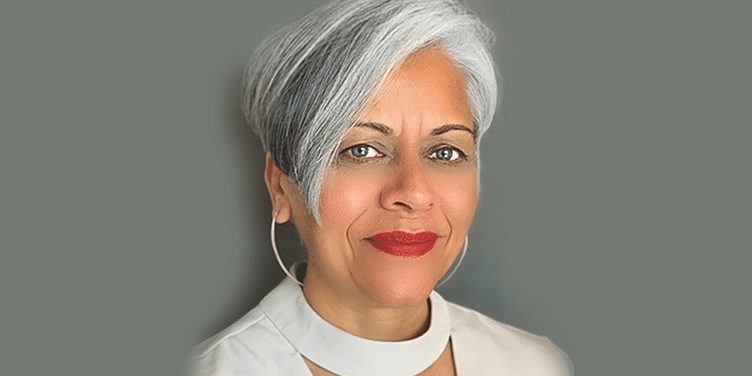 California-based author Alka Joshi’s book ‘The Henna Artist’ is a beautiful portrait of a skilled artist in Jaipur. In an exclusive interaction with YSWeekender, she talks about her new book, her journey as a novelist and her plans for the future.

You can almost feel the cool touch of henna against your skin, taste the incredible sweetness of rabri scented with cardamom on your tongue, and smell the gentle vapours of lavender baths in Alka Joshi’s evocative novel The Henna Artist that is now being translated in 23 languages, and will soon be made into a TV adaptation starring Freida Pinto.

When fans of actor, Reese Witherspoon’s Book Club, Hello Sunshine, discovered that an Indian author had been selected as the pick of the month, there was both curiosity and anticipation in the air. Most readers were excited to immerse themselves in another world, and the book did not disappoint as it took them to the heart of Rajasthan, where they found a protagonist with an unusual skill as a henna artist.

The book is a moving portrait of Lakshmi, a henna artist, who struggles to find her feet in society. It is replete with scenes that alternate between being lush and fascinating to stark and cruel.

Lakshmi soon becomes one of the most sought-after artists and confidantes to the wealthy women in the city. But when her husband and sister track her down, her carefully cultivated life is in danger of falling apart.

This is author Alka Joshi’s debut novel. Alka was raised in the US and studied in Stanford University and California College of Arts. She has also lived in France and Italy, and currently lives in Pacific Grove, California, with her husband and runs an advertising and marketing agency.

In an interaction with YSWeekender, Alka speaks about the inspiration behind the book, her journey as a writer, and the sequel that will be coming out soon…

YS Weekender [YSW]: How did the book get picked up by Reese’s book club and what kind of reactions have you received ever since?

Alka Joshi [AJ]: I’m not entirely sure how Reese Witherspoon received the book. It may have been the publicity team of Mira Books/HarperCollins who sent it to her agent or a number of talent scouts in Hollywood who look for such properties for their clients.

Whatever it means, I am immensely grateful that someone of Reese’s extraordinary talent and influence is promoting books about strong female characters written by female authors. The response to the book from readers around the world has been phenomenal; women from numerous cultures and upbringing tell me the characters resonate with their personal experiences.

Because of the pandemic, Reese and I had to conduct our live interview virtually instead of meeting in person. Her Hello Sunshine team is unbelievably supportive and encouraging.

YSW: Can you tell us about the TV adaptation of the book – who will be acting as the main character and will you be involved in the process?

AJ: Freida Pinto fell in love with the book and the character of Lakshmi.

I also have Executive Producer credit and will be contributing story ideas and reviewing scripts. I’m really excited to be a part of the lush production of The Henna Artist that they’re calling the “Indian Downton Abbey".

YSW: What did you enjoy the most while writing this book?

AJ: I enjoyed using my imagination to invent Lakshmi’s world — an alternative life for my mother in which she is in charge of her own beautiful, ambitious destiny and it was such a pleasure. I loved living in Lakshmi’s world with the characters that inhabit it. I was tasting the food she hand-fed to her clients, the elite of Jaipur, and I experienced the cooling effect of her henna designs on my hands.

YSW: Can you tell us about the process of writing the book?

AJ: I wrote the story during my two-year MFA programme from 2009-2011. The next eight years were spent rewriting it to deepen the characters, create rising tension, and tying up loose ends.

My research was multi-tiered: interviews with my parents and others who were in India during the 1950s, five trips to Jaipur during the writing of the novel, reading books by Indian authors that take place in the 1940s-60s and watching Indian films from that era. Keep in mind that I worked full-time while I was writing so there were a lot of stops and starts in between my consultant projects.

YSW: How did you describe Rajasthani culture so graphically despite having moved to the US so long ago? Was the setting very important to the book?

AJ: I grew up in Rajasthan in four different cities until I was nine. We also lived in Chandigarh in Punjab for a year when my father was getting his first Master’s. Indian culture, its food, and its language are a crucial part of my DNA. It was important to me to describe the India of my childhood, a country rich in tradition, colour, vibrancy, new ideas, new infrastructure — and full of the exuberance of independence after 300 years of British domination.

YSW: Who was the inspiration behind the book?

AJ: The Henna Artist began as an exploration of what my mother’s life might have been, if she had been able to determine her own destiny vis-a-vis marriage, career, and children. What if she’d had the opportunity to carve her own path in life, forge a career, and make decisions about her future? My mother had an arranged marriage at 18 in Jodhpur. While she lived the traditional life of a wife and mother, she raised me, her only daughter, to choose for myself what I wanted from life and gave me the encouragement to obtain it.

YSW: How many hours a day do you write?

AJ: I write when I’m motivated by my imagination and the urgency to write or when I need to tell the story and I’m immersed in the world.

I don’t write every day, but I’m always thinking about my characters when I’m in the middle of a book. While I’m walking or bathing or riding my bike or the first thought I have upon waking, I’m wondering what my characters are doing in any given scene.

YSW: Can you give aspiring writers three tips on how to write well and how to write a book that could get published?

AJ: I’ve been asked by the Kepler’s Literary Foundation to teach a course that answers these questions. In short, I would say:

YSW: How will the sequel of this book which you are currently writing be different from this one?

AJ: The sequel, The Secret Keeper of Jaipur, takes place 12 years after The Henna Artist ends. It’s the story of Malik at age 20 as he establishes his career and his future with some guidance from Lakshmi.

As enterprising as he is, Malik gets into a spot of bother, which Lakshmi will have to help him out of. And, of course, most of the same characters from The Henna Artist make an appearance in the novel.

YSW: What kind of books do you enjoy reading and what are some of your current favourites?

AJ: I love reading historical fiction, mysteries, and books that take place in other cultures/other countries. Over the years, I’ve read so many books by amazing authors.

YSW: How did you learn so much about henna? Did it take a lot of research?

AJ: The Henna Artist was as much about the centuries-old crafts and traditions of India — their beauty, their significance, their impact — as it was about telling a story. Henna painting is over 5,000 years old and like so many Indian traditions, it has a purpose: it cools and calms the body, conditions the skin, and acts as a celebratory aesthetic for weddings and festivals.

Every girl in India has had her hands painted with henna at some point and looks forward to the tradition as a way to enhance her beauty.

YSW: What are some of the things you enjoy doing when you are not working?

YSW: What was some of the great advice you received that helped you as a writer?

AJ: The only way you become a writer is to write.

YSW: Besides the sequel to the book, what are your plans and goals for the near future, both professionally and personally?

AJ: I’m actually starting on the third book of the trilogy now that the sequel is finished. I’ll start on a graphic novel adaptation of The Henna Artist after that.

Aside from helping on the TV series, one of my goals is to present a TED talk on the issues I care about: the choices all women deserve to make, how you can reinvent yourself at any age, and the importance of finding your identity.