Singer Mili's inspirational track aims to keep our hope alive and spirits up as we continue our fight against the pandemic. The song encourages us to be optimistic and take life one day at a time, as we are ultimately all in this together.

With the COVID-19 pandemic taking the world by storm and not leaving anytime soon, coping with a restrictive life in lockdown has been challenging to say the least.

It is a tough but grave reality we must all face, and how we choose to cope and live each day as it comes, is the ultimate defining test. So, till that miracle of hope arrives, with the finality of a vaccine cure, it is upon us to look at the world in a different light and perhaps, it’s time to make the most of our days and be grateful for the things we still have going for us.

As music is singer songwriter MILI’s saving grace, it was music that inspired her to take the uncertainty of the period around her and turn it into words.

Earlier this month she composed a single at her home studio called ‘Keep the Hope Alive’. The intent of this song is to reach out to everybody out there with a message of HOPE.

“While the world was going into a lockdown, it got me thinking about the magnitude of the situation. This is something everyone in the world is going through at the same time and the emotions and thoughts experienced are the same. My new song aims to keep the hope alive and spirits up as we continue our fight against the pandemic. As these are anxious times, we need to stay optimistic and take one day at a time as we're all in this together,” says MILI.

In 2017, MILI recorded her 10-track debut album ‘Written in the Stars’ in Los Angeles with world renowned musicians who’ve worked with the likes of Sting, Frank Zappa and other legends. This album marked her first step towards a global audience arena.

MILI is not letting the lockdown deter her creativity. In fact, she is spending quarantine time at her home studio working on forthcoming music projects, one of which is an international collaboration and the other in Hindi.

In an exclusive interview with YS Weekender Singer Songwriter MILI talks about her new single ‘Keep the Hope Alive’ the dedication and passion that went into her previous studio album ‘Written in the stars’ and her message to fans dealing with the covid-19 pandemic.

YSW: How did you get into singing and songwriting? Were you always passionate about music since you were young?

MILI: Music has been my constant companion. Ever since I can remember, singing came to me naturally and I was always thinking about songs and music because there was something about it that fascinated me.

Being exposed to both Indian and Western music definitely helped. I think being open to all kinds of music helps you grow as a musician and a person.

It was only later when I began composing, I came to a realisation that for a very long time I was internalising music with a deep understanding even before I began singing. And ever since then the greatest freedom in expression for me has been songwriting.

YSW: Who were some of your early inspirations in the performing arts space? Who are they now?

MILI: I’ve always been open to all types of artists and genres of music and it’s very difficult to put them all down on paper. I think that’s one of the reasons I don’t really believe in being slotted as an artist.

Having said that, some of the musicians I’ll mention range from legends like Ella Fitzgerald, Bobby McFerrin, Herbie Hancock, Sting, Joe Satriani, Rush, AC/DC, Stevie Wonder, Aretha Franklin, K S Chitra, A R Rahman - I could go on as it’s a huge spectrum of musicians who have inspired me.

YSW: You previously composed a full-fledged album called ‘Written in the Stars’. What was the inspiration behind this, and who worked with you to bring your vision to life?

MILI: The whole experience of recording my debut album was like a dream playing out in real life. To be in a studio in LA, surrounded by the best musicians in the world, arranging and playing my songs was like the universe flowing through that studio.

I remember the day when drummer, Vinnie Colaiuta entered the studio. He was coming in from touring with Sting and guitarist Michael Landau had just got off the road with James Taylor.

Also, in the studio were pianist George Whitty (who has recorded for the likes of Brecker Brothers and Celine Dion) and bassist James Genus (a common face as part of the Saturday Night Live band and bass player to tunes by everyone from Herbie Hancock to Chick Corea).

This was the first time I was putting myself out there as a songwriter and it is truly satisfying when you are living and performing in the moment, watching all that you’ve worked so hard towards materialising right in front of your eyes with these wonderful musicians who understood my vision for the songs and gave their hearts to the music.

I am proud to say that’s what translated to the music and made a connection with all those who listened to the album.

YSW: Tell us about a personal favourite single from your album, and why this in particular?

MILI: Hard to choose! I’ll have to say it was so great to see people from countries like Japan, Korea, Germany, Brazil sending me videos of them performing Dream Like A Skylark (a song from the album), listeners reaching out from the US and Europe buying CDs and even streaming the music was amazing!

The goal to reach a global audience and I’m glad to have made that connection with my music.

MILI: It’s all about what manifests in the moment and just letting inspiration flow. I believe that songs come to me for a reason and it’s about bringing it out to the world.

I try not to think too much about the process. It’s about what you want to say through your songs, have listeners vibe and connect with it, and it’s all that matters.

YSW: Your song called ‘Meethi Boliyan’ for the film Kai Po Che with Amit Trivedi was a big hit, as well as ‘Parakka Seivaai’ with A.R Rahman for the film Ambikapathy. How does it feel like to be praised and receive recognition for these stellar tracks?

MILI: It’s definitely a great feeling and I’ve been very fortunate to sing on their beautiful compositions.

Working with composers like A.R. Rahman and Amit Trivedi has contributed very significantly to me as a singer.

It’s really nice when I get messages about these songs from listeners even now! And I am so glad that these songs did well.

YSW: You have even sung songs for Tollywood and Bollywood, do you plan on doing more music for films, or do you prefer working on solo albums and singles?

MILI: It’s all about the journey and I’m always open to all possibilities when it comes to music, and where it takes me. I really can’t call it a preference as it’s actually a privilege to contribute and be a part of these genres, and I look forward to welcoming more of all these kinds of music you’ve mentioned.

YSW: Amidst lockdown you recently released the song ‘Keep the Hope alive’ tell us about this single, and the message you wish to spread.

MILI: This song came to me as the lockdown started here in India. It was such a crazy time not knowing how things will be tomorrow.

And as I spoke to friends and family and watched the news from around the world it made me understand about the magnitude of this pandemic that no matter who we are or where we are, we're all going through this together!

It was then I decided that I had two choices - to be stressed and anxious or hopeful and positive. Of course, I chose the latter and as I express best with music.

The intention with this song is to be hopeful and keep our spirits up while the world is fighting against the pandemic. I’m glad the message has resonated very well with this song - Keep the Hope Alive!

YSW: What is your advice to your fans and citizens struggling to cope with the COVID-19 pandemic?

MILI: Firstly, I think as a society we need to come together and be supportive rather than stigmatise anyone who is going through this situation.

Of course, we have to follow protocol and be thankful to all those who are keeping society running, from the health care and frontline workers, the police, businesses providing essentials, all those people who have put their lives on the line to be there for us.

As this an ever-evolving situation we really can’t say much about it at this point. Staying optimistic, taking one day at a time and being hopeful is definitely the need of the hour.

Drop the beat: Meet Bollywood DJ Akbar Sami, who shows us how to mix it up right

YSW: Your advice to other aspiring singers and musicians out there?

YSW: Are you working on any new tracks, or an upcoming album, any exciting new projects on the horizon?

MILI: Yes, this has been a very productive phase with some projects in the pipeline. There are also some songs in Hindi I’m working towards releasing soon.

YSW: What do you enjoy doing most on the weekend when not singing or writing new music?

MILI: I’ve been revising pictures and memories from all my travels and reading. 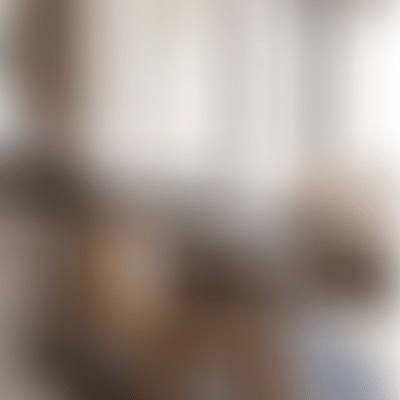 A toast to style: Here’s how to set up a super cool home bar 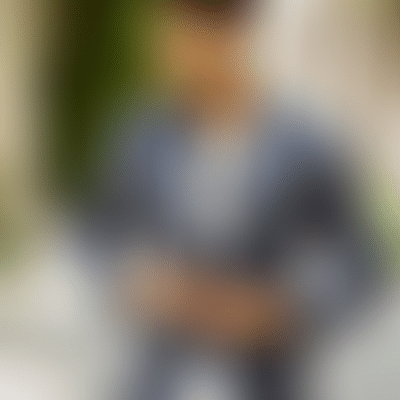 Looking good: How men's fashion startups are transforming the style landscape of the country 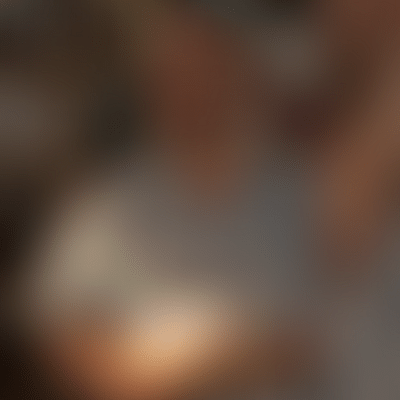 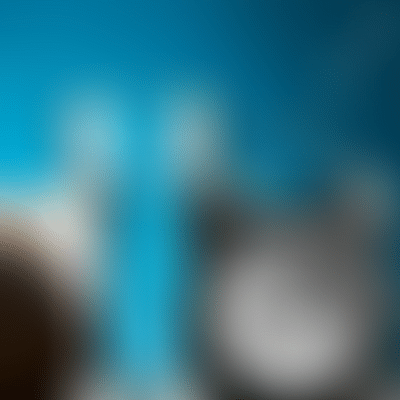 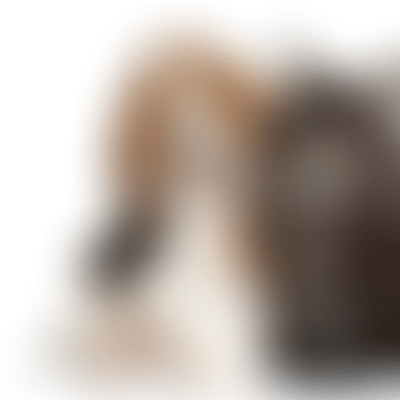