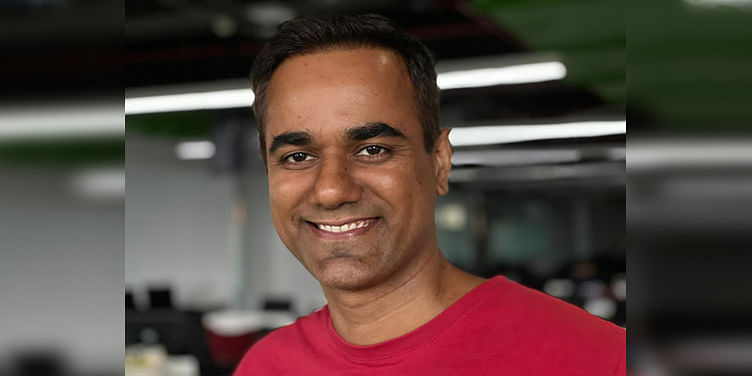 Drive into the New Year is a YourStory series featuring leaders as they rev into 2021. The series offers you a view into how Indian changemakers plan to navigate the road ahead. Today, we have Gajendra Jangid, Co-founder and CMO of CARS24, in the driver's seat.

﻿Cars24﻿, the online marketplace for used cars, gained unicorn status (startup valued at more than $1 billion) in November this year, after securing $200 million in its Series E round. The funding was led by DST Global, with participation from existing investors, Exor Seeds, Unbound, and Moore Strategic Ventures.

“Back in Q2, when we were worried about business recovery, we never expected a faster rebound,” Gajendra Jangid, Co-founder and CMO of CARS24, tells YourStory, as a part of our Drive into the New Year series.

However, the tables turned quickly. When the pandemic hit, India’s public transportation system came to a complete halt. Unsure about the safety and hygiene issues associated with mass transportation, people turned to personal mobility options.

Thus, people “considered pre-owned cars a safer option, which, in turn, led to a 4X increase in the intent for pre-owned cars,” Gajendra adds.

After a year that presented unprecedented challenges to Gajendra and his company, the co-founder now looks forward to entering 2021 with the lesson: “To have strong opinions that are loosely held.”

Going ahead, Gajendra plans to give tennis a shot in 2021. Further, he plans to develop the habit of reading regularly instead of “intermittently”.

Pivotal moment in economics of life - When buying a book felt as an investment instead an expense.

“2020 presented some unprecedented challenges but it also gave us the opportunity to think about our actions. It’s been one of those years where we really reflected, contemplated our practices, and worried about our future the most,” Gajendra says.

The COVID-19 pandemic brought in challenges that our generation has never experienced or prepared for.

The co-founder of CARS24 says he redefined experiences, both professionally and personally. CARS24 ventured into some safer customer experiences models like Home Inspection, and Work from Home for all its employees.

Talking about personal challenges and roadblocks, Gajendra says, “Not learning from your failures and repeating the same mistake again, hoping for a different outcome is what I’d consider the biggest failure.”

While he doesn’t focus on any in particular, Gajendra mentions he has had many challenges and failures in his life, as everyone else.

Looking back at 2020, Gajendra says if he had to pick one win, or a moment of pride, CARS24 attaining the unicorn status would be it. “However, we do believe that we still have a long way to go.”.

Talking about his one regret, the entrepreneur says, “I am not one to have regrets in life...On a lighter note, I wish I had started my entrepreneurial journey before 2015.”

It’s been an eventful journey. Learning from so many smart and hard working people around to solve problems of auto industry which were never solved before. Oneof the best decision I made in my life to move from corporate world to start up world.Happy 5 years to our @cars24india

Like most of us, Gajendra turned to in-house entertainment options in 2020. His top pick for the year is Scam 1992- The Harshad Mehta Story. “A very well-crafted show and a strong benchmark for the Indian OTT market,” he adds.

Personally, Gajendra’s biggest lesson this year has been to have “loosely held strong opinions”. He says,

“In life, we often become victims of our own beliefs and guard ourselves against opposite opinions. However, one should be open to changing these views, if you find the other side more compelling and closer to truth or reality.”

The entrepreneur has been inspired by documentary film Yoga - The architecture of Peace by Michael O Neil, directed by Heitor Dhalia. In fact, Gajendra has been focusing on eating healthy regularly and says it is a conscious choice he made this year. He says eating healthy is almost like a skill and you “ have to develop a new taste of food, which was not part of your routine and takes time, effort, and commitment.”

The co-founders top pick in terms of podcasts is Naval Ravikant on The Knowledge Project, hosted by Shane Parrish, and his favourite book from 2020 is The CEO Factory by Sudhir Sitapati. “It has given food for thought into the marketing world,” he adds.

Ideas to live by

The CARS24 co-founder says two habits have dominated his year:

All perked up: How Third Wave Coffee Roasters created a micro-community of coffee lovers in Bengaluru

If you have the courage to ask for it, you get it: Keya Salot, Co-founder, Farm2Fam

This meditation app suggests mindfulness, gratitude and one more key ingredient for a peaceful life