We will start recovering from the pandemic from Q2 2021: Sanjeev Kumar Bijli of PVR Ltd 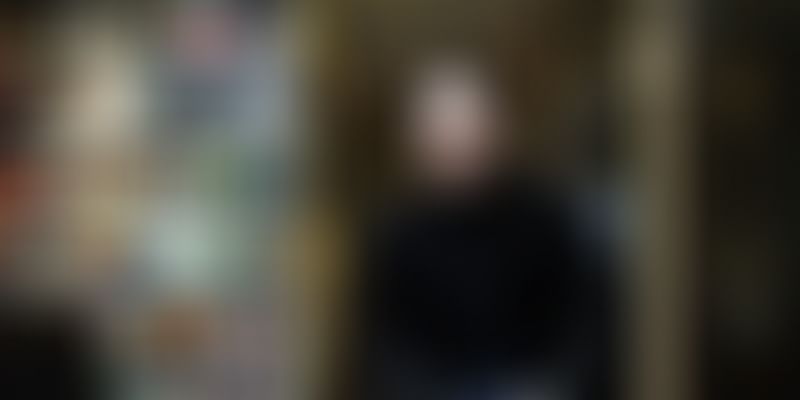 In a conversation with YS Weekender, Joint MD of PVR Ltd, Sanjeev Kumar Bijli talks about the company’s recovery strategy and content lineup.

The year 2020 was a difficult one for the entertainment industry. With movie theatres and cinema halls shut for most parts of the year, the industry had to suffer humongous losses, salary cuts, and job layoffs. PwC reported that the media and entertainment industry in India is expected to reach $55 million by 2024, growing at a rate of over 10 percent. However, cinema revenues are expected to drop at 2.6 percent CAGR.

On January 31, Union Minister of Information and Broadcasting Prakash Javadekar announced that movie theatres would be allowed to operate in full capacity from February 1, 2021.

“After an unprecedented year for the global entertainment industry, it is reassuring to have cinemas reopen across the country and in most parts of the world. With the growing interest in our films as a result of their recognition during this exciting award season, we are looking forward to showing our films to audiences on the big screen as soon as possible,” says Sanjeev Kumar Bijli, Joint MD of PVR Ltd.

Movie theatres and entertainment companies are now trying to lure cinemagoers back to the theatres with high quality content. In a conversation with YS Weekender, Sanjeev talked about PVR’s plans to revive from last year’s losses, and PVR Pictures’ (the filmed entertainment arm of PVR Ltd) film slate for theatrical distribution.

YS Weekender (YSW): After the government allowed theatres to operate in full capacity, has the footfall increased or are people still hesitant to visit movie theatres?

Sanjeev Kumar Bijli (SKB): To allow 100 percent operations has been a big boost to our industry. Ever since we opened on October 15, 2020, the numbers were dismal for at least a month to say the least, because we did not have any content. We were running old films and re-releases, and tried to re-package them. Of course, not many people were coming forward.

Now we are in a good position, because not only does the pandemic seem to be in control, cases are low, the vaccination drive has begun and people are a lot more confident to step out now.

For us, it has been a slow start since Tenet, which got released in December and saw reasonable earnings (Rs 10 crore). Wonder Woman 1984 did better than Tenet, with a business of about Rs 20 crore, and it went to prove that people are keen to come out when good films release. The biggest surprise was Master in down south which did Rs 180 crore business.

Incrementally, every film that has released has earned better than expected and has given confidence to both producers and us. It signals that people are ready to step out and when it comes to good films, they will definitely come back to the screens.

YSW: For PVR, how long will it take to get back to the pre-COVID-19 numbers?

YSW: Is it a chicken and egg problem where producers are waiting for footfalls to increase, while the audience is waiting for new releases and better content?

SKB: For Hindi producers at least, with the government doing away with the 50 percent occupancy restriction, the move has given them more confidence to release their films. It is also why in the last couple of months, we have seen release announcements of Roohi, Haathi Mere Saathi, and Sooryavanshi. Now movies are also fixing their release dates.

Ever since the restrictions we eased, Hindi producers started to date their films. Regional films have always been ahead and producers have made numerous announcements. Films like K.G.F Chapter 2, and RRR now also have release dates.

For us, it is a combination of good films and the requirement that all theatres be open so that consumers feel the confidence to come out. And when new and good films are released, people will come to the cinemas on their own.

YSW: Over the pandemic, producers have released their new films on OTT platforms. Going ahead, do you think OTT and movie theatres can co-exist? And if they do, what will be the way forward for new releases?

SKB: During the pandemic, a lot of films went to OTT platforms because we were shut. If one avenue of revenue is shut, then we have no other option but to explore the other avenues. But that being said and done, now we are open and running and yes, they will co-exist the way we co-existed prior to the pandemic.

Before COVID-19, there were few films that were being made for OTT, or releasing on OTT, but most of the movies were being made for the theatres. That is the journey of monetisation of a film: first a theatre, then TVOD (transactional video on demand), SVOD (subscription video on demand), and then satellite television. That journey has resulted in the maximisation of revenues for everyone, especially the film producers.

That is the kind of normalcy that we will need to return to, and I feel both OTT and cinemas will have their own audience. At the end of the day, we are social beings who want to get out of our homes in search of entertainment. People will come back to the cinemas for big, larger than life films that are made and enjoyed on the big screens.

YSW:  What kind of content is PVR betting on?

SKB: Movies that have traditionally done well have been star-driven, content-driven, and good stories. People are more quality conscious now and we need to give our consumers the quality — not just in the cinema that we make, but also in the seats that we give them, and the kind of technology we provide.

YSW: Is PVR Pictures betting on films beyond the Hindi film industry and Hollywood?

SKB: Yes, we do look for regional content. In the last couple of years, some incredible regional films, especially Punjabi and Bengali films, came out. We are always looking out for good films to distribute, including regional films.

YSW: How do you see the investments for this year’s content line-up?

SKB: It’s been pretty much the same. We have allocated about Rs 30-40 crore capital towards the acquisition of films.

PVR Pictures is committed to the growing foreign-language film market in the country and the 2021 slate has been created as a strategic response to the impact of the COVID-19 pandemic.

PVR Pictures 2021 release slate includes already-in-theatre titles such as The Personal History of David Copperfield, The Secret Garden, Our Friend, Misbehavior, The War With Grandpa and forthcoming titles such as The Father, The Mauritanian, Minari, Sooryavanshi, 83, Breaking News in Yuba County, The Courier, Six Minutes to Midnight, Voyagers, Green Knight, and Minamata.

The first step has always been failure: Music composer Shantanu Moitra on his career