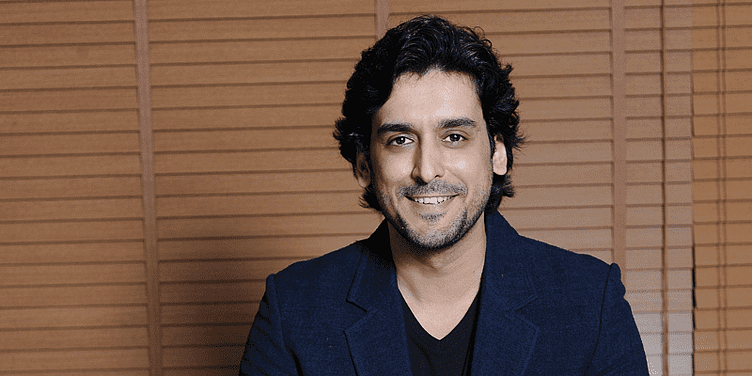 Influencer marketing has gained tremendous momentum in the last couple of years. Despite the initial slowdown at the beginning of the pandemic, brands have turned to online influencers to promote not just products but also brand values.

According to Influencer Marketing Hub, the industry is set to grow to $9.7 billion by the end of this year. A form of social media marketing involving endorsements and product placement from influencers, people and organisations who have a purported expert level of knowledge or social influence in their field, influencer marketing is an increasingly popular strategy used by businesses.

The Delhi-based startup facilitates seamless collaboration between content creators and marketers to optimise the value of their branded content.

From Spill the Sass to a Netflix star, here is the story of Instagram’s favourite Dolly Singh

Anshai started his career back in 2005 as an assistant director, helping in the making of notable Bollywood films like Dostana, Pyaar Ke Side Effects, and Chak De! India. Post which, he moved up as an Associate Director with Nadiadwala Grandson Entertainment.

He donned the director’s hat in 2017 with Phillauri, starring Anushka Sharma.

In a recent conversation with YS Weekender, Anshai says that entrepreneurship was a natural progression for him.

“As a director, you create a product that is sold and bought, and your focus then shifts to profitability. There is a close analogy between making films and building a business. Our sector, in particular, hinges on the art of telling stories. It has a huge creative aspect,” he adds.

After spending 15 years in the Indian film industry, while still continuing his passion in the creative space, Anshai decided to take the entrepreneurial plunge.

“I have always believed in empowering creators through the work that I do. ClanConnect seemed like a golden opportunity to diversify into something new while realising this very dream,” Anshai says.

Along with his friend from school, Kunal, and former-Army officer Sagar, Anshai started working on the idea in April 2019. In December 2019, they registered ClanConnect. Kunal is the founder of Value360 Communications, and Sagar earlier worked with Cheil India as the Head of Digital.

“With the emerging influencer market, there are a wealth of opportunities to uplift creators and lead them towards the success they deserve. ClanConnect is just an extension of what I personally do in life,” Anshai says.

With a team of 12 employees, ClanConnect’s AI-tool analyses publicly available data points to understand individual influencer’s social media performances, follower qualities, level of engagement, and audience demographics, to help brands with the right recommendations for influencers, so they can deliver a higher impact with campaigns.

For brands, the company works on a monthly recurring revenue model basis. ClanConnect charges a percentage of commission for every influencer event that a brand carries out.

ClanConnect founders leverage their existing client list, along with digital ads, to source clients. The startup’s first client was Oriflame. It now serves more than 15 notable brands including Godrej, Cinthol, GoodKnight, and ﻿CoinSwitch﻿ among others.

Starting the company with a seed investment of Rs 1 crore, ClanConnect achieved its target of generating Rs 1 crore worth business in the first 30 days of starting operations. “We are now targeting to manage influencer marketing campaigns worth Rs 500 crore by March 2022,” Anshai says.

Going ahead, ClanConnect is looking at expanding into the Middle East and South Asia. The startup is looking at achieving its growth goals by June 2021.