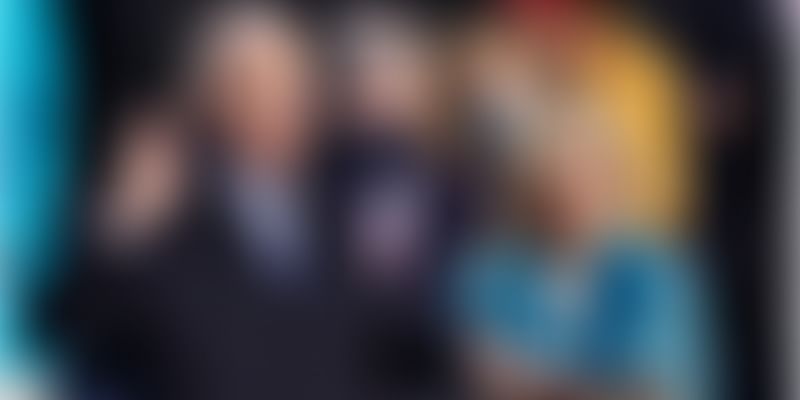 The inauguration of Joe Biden and Kamala Harris included a star-studded concert, a stellar performance by Amanda Gorman, several fashionable outfits, and more.

The 2020 US Election and the victory of Joseph Biden and Kamala Harris was nothing short of historical. In fact, Biden broke former President Barack Obama's record to become the most votes ever cast for a presidential candidate.

Madam Vice President Kamala Harris paved history for herself and for women across the globe. At 56, she became the first woman to ever hold office in the White House.

The President said: "Democracy has prevailed."

The 46th Presidential Inauguration was one of its kind. It broke all traditional rituals to make way for a fresh start.

The Biden-Harris inauguration was celebrated with a virtual concert to pay tribute to the COVID-19 frontline heroes. The concert was hosted by actor Tom Hanks and opened with musician Bruce Springsteen singing Land of Hope and Dreams.

Other musicians including Demi Lovato and John Legend performed at the concert. Demi performed a cover of Lovely Day, and was accompanied by doctors and nurses.

At the concert, President Biden said, "We wanted to make sure our inauguration was not about us but about you, the American people."

The concert was closed by Katy Perry who sang her famous song Firework, standing at the front of the Lincoln Memorial as fireworks exploded in the background.

At the inauguration ceremony, Lady Gaga picked up a golden microphone to sing the National Anthem of the United States. The pop star got emotional during the performance.

She wore a large golden dove carrying an olive branch and said: "May we all make peace with each other."

Singing our National Anthem for the American People is my honor. I will sing during a ceremony, a transition, a moment of change—between POTUS 45 and 46. For me, this has great meaning.

Post Lady Gaga's performance, Jennifer Lopez sang a medley of This Land is Your Land and America the beautiful.

What an honor to spend a few moments with these brave men and women. Thank you for your service and sacrifice. I honor you today and everyday. 🇺🇸 Tomorrow I sing for you and all Americans. ❤️🤍💙 #inauguration2021 pic.twitter.com/xgk64I1bRr

Amanda Gorman became the youngest poet to perform at the US Presidential inauguration. The 22-year old recited The Hill We Climb, at the swearing-in ceremony of the President and the Vice-President.

Former First Lady Michelle Obama tweeted. "With her strong and poignant words, Amanda Gorman reminds us of the power we each hold in upholding our democracy."

With her strong and poignant words, @TheAmandaGorman reminds us of the power we each hold in upholding our democracy. Keep shining, Amanda! I can't wait to see what you do next. 💕 #BlackGirlMagic

Former Presidential candidate Hillary Clinton says that the 22-year old promises to contest for Presidency in 2036.

Wasn't @TheAmandaGorman’s poem just stunning? She's promised to run for president in 2036 and I for one can't wait. pic.twitter.com/rahEClc6k2

Forget the basic blacks and whites as these women in power made their way with striking outfits. Harris sworn into history as the first woman female Vice President of the US in a vibrant purple coat and dress, flaunting her signature pearls.

Former First Lady Michelle Obama, however, was our personal favourite. The fashion icon for many wore a stunning magenta pantsuit with a matching coat.

Only of the many highlights from the inauguration was Senator Bernie Sanders. He was seen wearing cute mittens, which soon made way for hundreds of memes across social media.

However, media reports suggest there's a heartwarming story behind those brown and white mittens flaunted by Sanders at the ceremony.

The mittens are reportedly made by a school-teacher from the Senator's hometown, using repurposed wool sweaters and recycled plastic bottles.

Edible garden: Here’s how to grow herbs and vegetables in small spaces