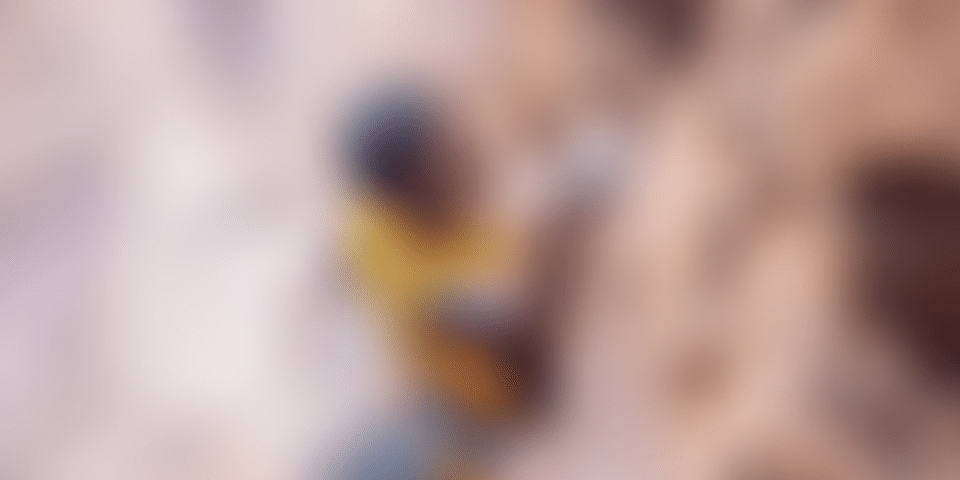 Wondering what to do this weekend? If you are an adventure junkie, why don’t you try your hand at rock climbing?

Karnataka has something to offer every kind of traveller. And when it comes to adventure sports, it is certainly a hotspot. Any adrenaline seeker would, by now have tried white water rafting in Dandeli, bouldering in Hampi, rappelling in Ramanagara, scuba diving in Netrani Islands, and parasailing in Murudeshwar. But here’s a lesser known place that offers a challenging sport to the adventure junkie - Rock climbing in Badami!

Badami is a small town located in Bagalkot district in the Northern part of Karnataka. It is popular for its cave temples and Kappe Arabhatta inscriptions which date back to the 12th century. The triplet towns - Badami, Aihole, Pattadakal hold a number of stories and are rich in history, especially of the era of the Chalukya kingdom.

What Badami also offers is the range of red sandstone rocks that call for some challenging rock-climbing. There is a Climbing Training Institute in the town but is operational for only a few weeks in the year. However, Rock-climbing, as a sport, is slowly catching up in Badami, thanks to an enthusiastic rock climber, named Ganesha Waddar.

A decade ago, Ganesha Waddar, a localite, decided to try and climbing the red sandstone rocks. He was a certified mountaineer, as he had done a course at the Himalayan Mountaineering Institute (HMI) but rock climbing was a different ballgame.

“I live in the foothills of Guddada Ranganatha Temple. Some years ago, several foreigners were in Badami to do some rock climbing. When they passed my house, I tagged along and gave it a try because I was curious about it and they were kind enough to teach me. It was the first time I had ever gone rock climbing and though my skin peeled badly and I had few bruises on my body, I did it,” recollects Ganesha.

Over the years, his passion for rock climbing grew, and he became a seasoned professional. Sponsors came to see him, and eventually he began a club, called, ‘Climbing Badami’. His practice, dedication and experience made him a climber of 8b+ grade and today, he knows every crack and crevice of the red sandstone rocks. And perhaps, they know him too.

Why should you create a positive social media legacy?

As he throws light on the climbing scenario in Badami, Ganesha says, “Badami has routes ranging from 5b to 8b+, so both an amateur and a pro, can experience a satisfying rock-climbing session in Badami.”

For beginners, top roping is the easiest and the most comfortable sport, Ganesha says, “The climber is belayed from the ground in top rope style. A pulley is created between the climber and the belayer with a firm anchor on top.”

Your safety is in the belayer’s hands, so you need to trust him. Most climbers use light weight chalk powder for their sweaty hands, a helmet over their heads, and a harness around the lower body.

The need to explore and the hunger to reach places where he hasn’t reached so far, has been Ganesha’s motto. He has climbed all the rocks around Badami and discovered various rock-climbing routes and has named these routes too. “I have documented these routes and made this information available for free on the internet so that any rock-climbing enthusiast can come over and explore these rocks,” he says.

Ganesha gives 101 training to first timers, guides the amateurs, and offers his equipment to pros who wish to stay back in tents and endlessly explore the area. “A lot of climbers from Pune and Mumbai also come and stay for weeks on end. It’s a lot of fun to climb with big groups,” he says.

It is Ganesha’s desire that his name becomes synonymous with rock climbing in Badami. Incidentally, the toughest route’s name is the Ganesha route. He chuckles as he provides us with this information and adds, “It’s the toughest route in the country. Only five Indians have been able to climb these rocks in the span of four years.”

The difficult routes have some challenges but with practice they can be mastered. The easier routes have more cracks and crevices, and the climber can set his/her foot and place his/her hand comfortably. As the grades get higher, the space decreases and the inclination of the rock also varies.

The thrill of rock climbing, no matter how many times you do it, is incredible. The stamina required is a lot more than other adventure sports and the physical workout that your body gets has no parallel, he says.

Needless to say, overcoming your mental challenges is the toughest challenge of all but it is undoubtedly worth it.

Are you up for this rocky outdoor sport in Badami?

National Tourism Day: Here are some lesser-known facts about India

Missing the gym? Here are 10 machines to choose from to continue working out at home