Bringing some excitement to a day of staying indoors due to the Janata Curfew, Smriti Irani urges netizens to participate in a Twitter round of the popular game, Antakshari

As the nation stayed indoors during the Janata Curfew and as the real heroes in the hospitals put up a tough fight to contain the spread of COVID-19, Textiles Minister, and former television actress, Smriti Irani brought people together with an exciting game of Twitter Antakshari.

Smriti Irani is one of the younger members in the Modi cabinet, and today, she found the perfect way for citizens to spend time indoors from 7:00AM- 9:00PM.

Yesterday, she took to Instagram to post a funny cartoon of Superman sitting on a sofa reading a newspaper with the headline ‘Stay Indoors’ and his mother coming up to him saying ‘Aren’t you going to do something to fight the coronavirus?’ and the DC superhero responding ‘I’m doing it!’

Smriti Irani took to the social media platform to say to her followers,

Namaste @indiantweeter ji, tech check 1,2,3 for #TwitterAntakshari. Join in one and join in all.. at 11 am we set the ball rolling," she wrote.

Namaste @indiantweeter ji tech check 1,2,3 for #TwitterAntakshari 🙏join in one and join in all .. at 11 am we set the ball rolling 🙏

She then later went on to say that we are a family of 130 crore people and while it is difficult to tag everyone, netizens should feel free to contribute to the game by tweeting a song with the supporting lyrics.

A number of popular personalities joined in to support Smriti Irani, including Bollywood filmmaker Karan Johar who replied saying,

She responded to Karan Johar saying that his choice of song wasn’t the right selection at the time of coronavirus.

Here are some of the responses of others who joined in...

Joining @smritiirani ‘s #twitterAntakshri with one of my favourite songs!

It turned out to be a unique way to spend the hours during these times of social distancing. 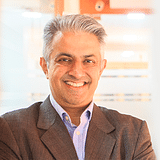 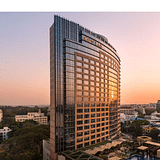 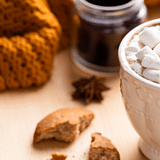 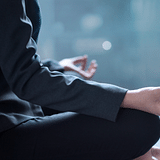