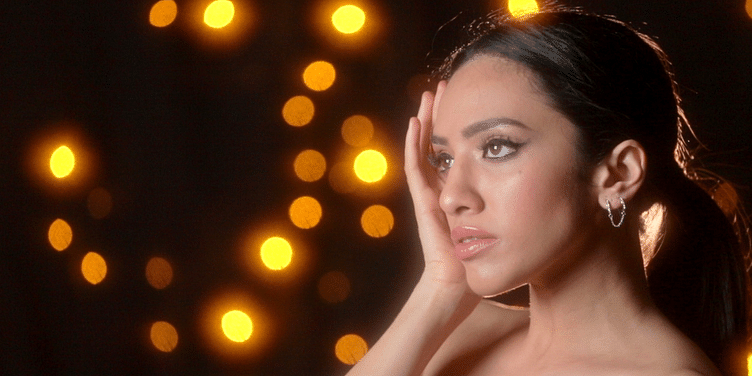 In an exclusive interview, singer Raveena Mehta talks about her musical journey, artists who inspire her, collaborating with leading singers, and her upcoming singles slated for release…

Raveena Mehta is an Indian-British artist and singer-songwriter who grew up in Belgium and the UK, and currently lives and works out of Mumbai.

Although she pursued Art and Design from the prestigious Central Saint Martin’s School in London and Fine Arts from Goldsmith’s College, she decided to take up a career as a musician full time as it was her one true calling.

Raveena has worked with vocal coaches for Indian classical and Western contemporary music since the age of six, to discover the depth and breadth of her vocal range. This effort culminated in the launch of her first commercial music album, ‘From Deep Within’ at the age of 12, in 2010.

At 15, Raveena released two singles with Stewart Epps in the UK, titled, ‘Cry No More’ and ‘Sign Your Name.’ Since then she has collaborated with a number of leading artists from across the globe in the R&B genre.

Most recently she collaborated with Avitesh Shrivastava for the single Yaadein, which was released mid-April 2020, as well as Rishi Rich for the song ‘Jab Tu Hai Wahi’ under his label Break the Noise Records.

In an exclusive interview with YS Weekender singer Raveena Mehta talks about her musical journey, artists who inspire her, collaborating with leading singers, and her upcoming singles slated for release…

YSW: How did it feel when your music videos from your album ‘From Deep Within’ aired on leading international channels such as Vh1, SS Music, Zee Trendz when you were just a teenager?

RM: I grew up immersed in music. From a very young age, I knew it was my calling. I only came to realise this when I released an album at the age of 12.

This rare opportunity brought me a lot of new experiences that went on to shape the way I saw myself, as well as the role that music would eventually play in my life. It felt amazing then, and it feels amazing now.

Despite being young, witnessing my work being aired on international channels was a very humbling feeling.

YSW: A musical memory or performance that you look back on the most fondly?

RM: Performing on stage with Ankit Tiwari in Australia in 2019 was a moment that has been etched in my memory. It was quite surreal singing Meri Aashiqui as a duet.

YSW: Who are some of your early and current inspirations?

RM: Some of my earliest inspirations were Whitney Houston, Mariah Carey and Celine Dion. I was also inspired by rock during my teenage years and I would listen to Bon Jovi, Pink Floyd, Bryan Adams and Eric Clapton among others.

Currently, I have immersed myself into a lot of other genres, however, my current inspirations include Sabrina Claudio, Frank Ocean, and Daniel Caesar.

RM: It is quite a fluid process for me but has some level of structure.

Generally, when I start writing I explore different types of vibes on beats. I find they make for good rough structures and also create a mood. Later I began taking voice notes of any/all melodies that came to my mind.

RM: My experience working on all three songs were phenomenal. Of the three songs I’ve released this year, Aaja Mere Naal was created in September 2019 and evolved as time went on.

The initial studio session was absolutely beautiful. Rishabh, Asad and I were jamming at my home studio as we listened to Aaja Mere Naal with its beautiful melancholic melodies and chords.

Yaadein was created in January 2020. Working on Yaadein with Avi was absolutely amazing. Avi had already created Yaadein and called me over to put a verse down on the track. The process was a lot of fun and it all happened in one studio session, after which we flew to Manali for the video shoot. Manali was a dream, and it was the perfect location for a song like Yaadein, which was initially created to be a Valentine release.

Working on Jab Tu Hai Wahi with Rishi was incredible. Despite the fact that we worked on it during the lockdown, all of us had the most amazing time getting to know each other virtually and working in a very synchronised manner with the entire team at Break the Noise Records.

From the song production to the lyrics, vocals, video shoots, edits; everything took place during the lockdown. So, hats off to the amazing team that came together, in order to make this record a reality. This was also my first label release, and I couldn't have asked for a lovelier experience.

YSW: Your message to other aspiring singers out there?

RM: Put your blinders on and go after your passion. I believe focus, discipline and consistency are very important qualities. Keep clear goals for yourself, as they will always help in giving you a sense of direction.

YSW: Do you have plans to come out with another studio album? If so, what can fans expect this time?

RM: Yes, I do. My next single is ready and in the pipeline for a September/early October release. This one is with Rishabh Kant and Asad Shabbir and I am very excited about the release and to share it with all of you.

YSW: Who are some of the individuals you would like to most collaborate with in the future?

There are so many artists that I would love to work with. I would love to sing alongside Arijit Singh, Jubin Nautiyal, Vishal Mishra, Asees Kaur; among many other artists.

The effect that pop culture has on the content landscape