Curtain Raiser: Here’s all you can do on January 21 and 22 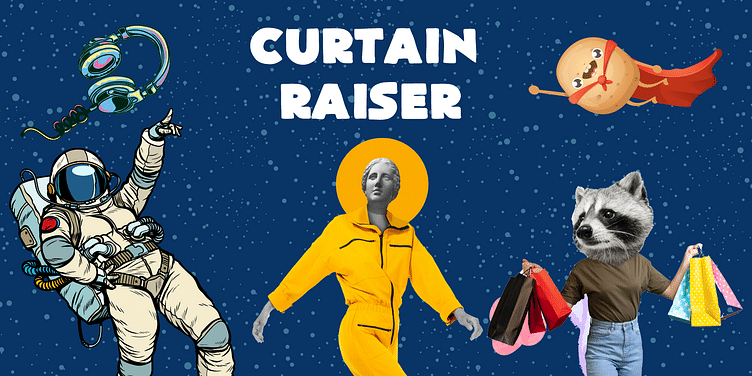 No weekend plans yet? YS Life has got you covered. From what to do to where to eat and shop, discover all major events across Bengaluru, Mumbai, Delhi, Hyderabad, and Kolkata under one umbrella.

Curtain Raiser is a weekly column by YS Life to nudge our readers in the right direction to make the most of their weekends. It brings to you a curation of major events across Bengaluru, Delhi, Mumbai, Chennai, Hyderabad, and Kolkata.

Get ready to immerse yourself into the ecstasy of Sufi as you lend your ears to  India’s soulful voice Javed Ali. He is all set to fire-up a musical evening with the promise of a soulful experience of beautiful Sufi songs that includes famous hits from a number of genres–Bollywood, Sufi and folk music.

Book your tickets now for India’s cult-favorite, independent music band, Parvaaz.  Get ready to experience music that knows no bounds!

Catch India's most loved comedian Zakir Khan onstage who is known for his uniquely Indian style of comedy, which involves his impeccable ability to  catch emotions that are uniquely common to every Indian household.

Don’t miss the magic of Shakti and their dynamic musical hybrid performance, which immediately enthralled audiences around the globe - and inspired generations of musicians, artists, and thinkers from all walks of life to embark on their own cross-cultural odysseys.

What do you get when you put scrumptious food and jaw-dropping entertainment together? Step up to the grandest food paradise, filled with the best kind of food and drinks. Munch on delectable culinary delights and celebrate with the most exciting musical acts and comedians from across the country.

Prepare for an unforgettable Sunday night where the perfect playlist will pair alongside your drink this Sunday night. Don't miss out on these rockstar musical antics.

Join us for Forgotten Foods- Pongal Edition and enjoy Pongal celebrations in the same way as your grandparents.

A man full of hilarious observations and experiences the never like before comedy at Rahul Dua’s show.

Ritviz’s Mimmi Album Launch Tour is going to be a travelling spectacle- delivering an unmatched experience to those attending.

Quintessential to an artist, Kamra pivots back to his favorite genre of comedy—political comedy. Enjoy Kamra and his hilarious dissection of the current Indian zeitgeist, and bring together a whole new perspective on what we believe is true.

Come and watch Rahul try his new jokes for 60 minutes and be a part of his new stand-up comedy special journey.