Cook up your Graphics with Graphicurry 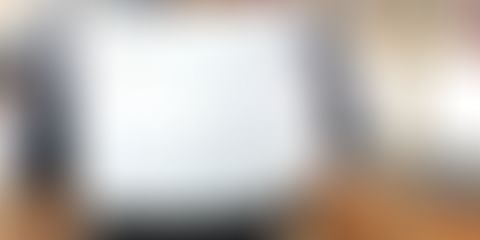 “Graphicurry is the result of a lifetime of passion, hoards of creativity and a relentless will to thrive,” says Prasad Bhat, Founder, Graphicurry. Graphicurry was founded in March 2010 and aims to become the one-stop design firm for both the online and offline design space. It is based out of Bangalore.

“The name was coined with my love for Creativity and Food. Who knows one day I would run a restaurant affiliated to Graphicurry as well,” says Prasad. Prasad knew he had an artist’s psyche the day he stumbled upon the joys of sketching. Before starting up he was actively part of the Bangalore metal scene and had his own bands as well.

As fate would have it, he joined an Engineering college. But soon after graduating he realized that he wasn’t molded to be a programming geek. He worked with a few design firms to hone his skills and finally in 2010, backed by encouragement from loved ones, he plunged into starting Graphicurry. “I’m an engineer by education, musician at heart and an artist on the whole,” he sums up perfectly.

Initially Graphicurry got projects through word of mouth references, social networking and also through the people Prasad knew during his association with the city’s music circle.

The name is unique. What else?

Prasad specializes in caricatures and says that a lot of Graphicurry’s clientele and followers came to know of them because of the art. “There is enough misery in the world, my art is meant to put a smile on your face,” says Prasad.

So, what has been the Graphicurry story so far?

Graphicurry has worked with a number of international clients and projects. Prasad’s work has been exhibited across Bangalore. Recently he held exhibitions at Opus (near Palace Grounds) and Safina Plaza. Besides generating revenue from design projects he undertakes on behalf of a client, he also sells his art work to clients from across the world.

Prasad is the only one fueling Graphicurry and so he outsources all back-end programming requirements.

Where do you see Graphicurry five years from now?

The design studio will continue to function as it is currently, with an eye on increasing efficiency. “I see us being recognized as a Brand synonymous for Art and Creativity, globally,” says Prasad. Next in line are plans to take Graphicurry the corporate way. Prasad says that he is working on streamlining the process and resources and in another two years hope to truly go global with his artwork. “I am working with venture capitalists to expand our reach and reach out to our target audience,” he adds.

In the past two years Prasad has had his share of moments of joy and distress. He thinks that it is important for an entrepreneur to believe that he has what it takes to provide a service or create a product, which no one else can.

Ensuring that a support system is in place is another crucial aspect, while starting up. Initially finances are a major challenge. “Being a startup, clients may sometimes not take you seriously, delay payments or cause unnecessary complexities. But during this phase just tell yourself; this too shall pass,” says Prasad.

“Have faith in yourself, your skill and let your work speak for itself,” sums up Prasad. We at YourStory believe every startup should make this their mantra.

Find out more about Graphicurry here or check their Facebook page.