First Ask Where Is the Money, Honey!: Rohit Singal’s Tip to the App Entrepreneur 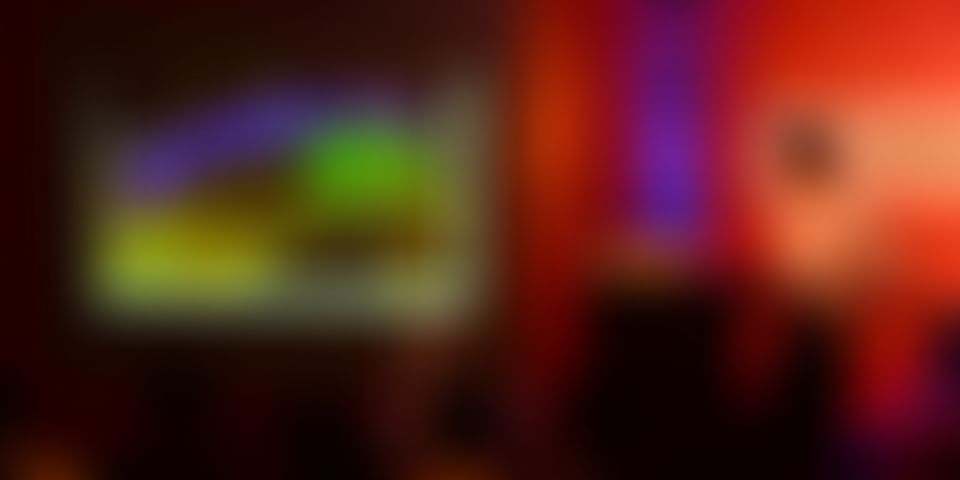 We hear about whiz kids in the media who do the unthinkable. They get degrees when they are 15, write books when they are 12, and all that. Rohit Singal stayed in stealth mode most of the time after he founded Sourcebits in 2006 and his first app ‘Night Stand’ was downloaded three million times in a few days in 2007 after he developed it using iPhone software development kit. The media didn’t know it! How lucky! Sometimes staying below the surface is

good. So, when people were getting excited about using an app on the phone, and still iPhone not available in India, Rohit Singal was developing apps for iPhone. And they were selling like hot cakes. But Rohit was not a die-hard product entrepreneur who swore to change the world. He started with what he was very good at – software. And starting as a consulting company before stretching its own imagination to build apps. Rohit didn’t study engineering but radiology. He developed a software for his own department that fetched him $100,000. That was it. He absolved himself of becoming a doctor and sought to take the software path. Little did we know that after six months of beginning in a garage in Bangalore, he was asked to vacate the garage and with his entire team in a car went in search of an office.Rohit didn’t learn that iteration is the best way to build a company. Pivoting is a new term that got into the investor, entrepreneur, expert, analyst vocabulary just a year ago. He practiced it all. No guru taught him the path to build a beautiful app. But he can now put his app in the Top 10 or Top 200 on the Apple App Store. We all talk the app should be appealing, go viral, and get hundreds of downloads for you to do that. And that all happens by chance once for app developers. But for Rohit, it is a science of cracking the codes to get in there. And most of his 500 apps are there on top—either Top 10 or Top 200 on App Store. How did he do it? He revealed those secrets at the MobiSparks workshop on How to Successfully Build and Monetize Your

App. But he says all what he says holds true for six months as trends keep changing. But the basics remain the same.Just Simple: Three Steps—The Idea, Execution, Marketing

An app from conception to development to sales goes through a necessary three-stage process: the idea stage, the execution stage, and the marketing stage. If you understand the science behind these stages as Rohit espoused, then you will get those magical downloads and will hit the sweet spot in the App Store ranking. But you will be surprised to learn that only 4% of the apps that have been published on the App Store ever get those magical downloads and the rest of the 96% just stay there to be counted. Rohit pronounced some important strategies for you to be crème de la crème of the apps on the Apple App Store, which he is familiar with. It’s a combination of steadfast focus and a deep level of customer engagement after the app is done in addition to using popular avenues such as blogs to get users and up the ranking of the app.

The Idea: Ask Where is the Money Going to Come From

It’s not serendipity that you wake up one day to develop an app that will change the world and you crazily start working on it. First you begin by asking if you are developing an app for utility, gaming, social, or something else. Then this is important. You ask where is the money going to come from: paid, subscription, freemium, shareware or ad-enabled. “I think of monetization first,” said Rohit, pointing to the importance of fixing this early on in the game. Frequency of use (more than 5 times in a day makes it good), usage time (more than 5 minutes something like on FB), and user retention (more than 3 months by the user) are three yardsticks he uses to decide the monetization model for the app. And in his view freemium is best for a free app. Paid app is difficult to market and get ranking on App Store. For example, if you spend $100,000 you are sure it will get to the Top 200 in the App Store. Such certainty is not ensured by a paid app.Addiction factor + problem-solving works the trick

Then the next strategy is to how to establish addiction factors for the app and come up with relevant in-app purchases (consumable virtual goods). By selling addiction apps, by repeat purchases, you can make as much as $100 as against one-time $29.95 on a desktop app. Instead of adding features if the app is already greatly liked by the users, the app developer should concentrate on increasing the functionality of the app. Then add in-app consumables that enhance customer experience. Ad-supported model works best if the user would use Facebook for more than 5 minutes. But for this to happen, the user should use Facebook very frequently.

reach the Top 10 ranking on the App Store. If the audience is niche, you can grow the user base as the barrier to entry is high. But if it solves a universal problem, mass adoption is possible.Which geographies to tackle? It is known that the Top 10 Apps on Apple App Store are for a global audience. And even Indians purchasing apps are mostly NRIs. Customer adoption is low in India. But the “trend in India is improving,” according to Rohit.

Which platform to focus on? It’s better to focus on one platform instead of making the app cross-platform. Once the app is successful on iOS, it can be developed for Android.

Execution: User Experience Should be the Focus

User experience is very important focus for the app developer. The fun factor the app offers for solving a real problem gets the user addicted. Use natural gestures for natural interaction with the app and that is very important. Rohit used a flip book to show this. The customer shouldn’t be looking for help to navigate the app. You should make the app responsive to the platform it is developed for. It’s important to define user experience rather than giving several options to the user. He quoted a case of getting feedback from five users for an app and changing the preferences as per the user feedback. But without realizing majority of users liked the app, his change of features dropped the ranking of the app. “You are the expert,” emphasized Rohit.

The team size should be small when you start up. Instead of getting rock star app developers, it is better to get a guy who is passionate and can stand solidly behind you and your vision. “You can see passion in the eye,” pointed out Rohit and recounted his own experience of hiring a JIPMER drop out as a coder. “He is one of the best coders today. He didn’t even finish MBBS and dropped out in the second year. At least I got a degree,” said Rohit in a

lighter vein. Use SDKs and pre-built components for your app to keep the cost low.The first week of launch is very crucial and rely on your gut feeling to know when the app is ready for launch. Decide on time to release. Also it’s important to gather analytics on how the user is interacting with the app. It’s important to get this data and if you wouldn’t do “you will regret very much later,” said Rohit.

Prepare social engagement on Twitter and Facebook, through email, device notifications, and ask the user to rate the app (provide incentives for doing this). An email user list of 100,000 users will take your app to Top 200 easily. It’s important to develop this user list.

At the prelaunch stage, use niche forums such as Reddit, Touch Arcade and popular sites such as TechCrunch, Mashable, and ReadWrite Web to popularize the app. Send it to the popular sites for carrying an announcement on the app marking the mail “Exculsively for you from xxxx – the app name and its usability.” Invest in a professional video of your app so that it appeals to the users and polish your screen shots for the App Store. It’s important as users would see the screen shots when they click an ad. Screenshots are important and should not be relegated as the last task. Sometimes, Apple would ask for screen shots to feature your app and that should be sent to Apple in 48 hours. If you don’t have it ready, you will regret it later.

The launch day is crucial. Timing is everything. If a Wednesday afternoon, Friday evening is good, it is right and it works. Figure it out. Get ready for a potential App Store feature (keep the screen shots ready). Spread the word with goodies to build your fan base. Importantly, reply to emails you get on the first couple of days and incentivize those users by offering them something. This will create a user base and a strong recommendation network, resulting in a fan base. Capture the fan base in a database so that it can be used in the next app for promos.

Ad Campaigns should be given maximum thrust in the first week. Push for maximum velocity on the first day. If you have assigned $10,000 as budget for ad, use it up in the first week itself. The top app ranking of 200 happens in 48 hours and if you look for iteration, pivoting and ad spends later, you lose that ranking.

The ad types determine user acquisition. There are click-based, install based, and impression-based. Go for install based ads. It takes $0.5 to $1.5 to acquire

a user in this mode. Free apps make it easier for user acquisition. Incentivize installations of the app by offering goodies. Use incentivized ad networks (TapJoy, Flurry) and non-incentivized ad networks as well. Reach out to popular bloggers to feature your app on their blogs. TechCruch and YourStory work well. If a popular blog features your app, 100 users are acquired in 2 hours. Invest handsomely and blast all the guns at the right time.Analyse your data and give regular updates

Using Flurry or a similar tool to analyze data. Examine frequency of use, usage time and user retention. Send regular updates to your users. Just enhance experience of the user if the app is already popular. Use client-server models for updates and send out regular communication.

For App Store ratings, blog posts and guest posts help. They influence user ratings. Once Rohit found a comment accompanying a rating of one star. It said “no one has given your one star and I am giving it.” The app rating dropped to 4.5 from 5. Rohit sent “Report to Apple” message on rating stating it is with malicious intent the app was rated and not with deep insight. Apple removed this rating in 2 hours, and Rohit’s app retained the 5-star rating.360

If your app hasn’t worked, don’t think of iteration to grab better ratings. Accept failure and pivot 90, 180, or 360 degrees to improve.

Sourcebits offers a 50-50 partner program through which a partial funding for the app is done.

Arun Natarajan, MD of Venture Intelligence, ranked Rohit’s presentation as “Rohit is awesome.” The man who makes it to Top 200 also got the top ranking on this presentation.