India has a Drought: Not of Investors, but Customers 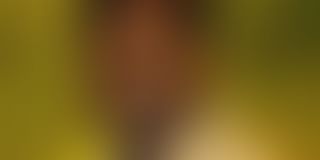 I am going to start this off on the right foot. This whole venture funding phenomenon is about at the best 15 years old in India. Whenever I sit with the guys who really understand business and even remotely talk about the things we talk about – they give me a dazed and confused look. You know why? Venture Capital is nothing more than a bank – a bank which specializes in lending to private companies. I can't think of a single self-respecting business man who built his business based around what the money lender thinks he should do. If Startups today are talking about funding – as their only big milestone – there is no one to blame but the loud-mouthed investors who have positioned themselves to be the focus point for these early stage entrepreneurs.

Now coming back to the topic. We see the following happening in India:

1. Compared to 7 years ago, everyone knows what a 'Startup' is.

2. Mainstream media has accepted Starting up as a perfectly acceptable choice of career – they are dedicated shows and show hosts who think they are celebrities.

3. Almost every well known Investor (Startup Bank) has an office in India.

4. Angel Investment is on the rise and its raining angels in the country right now. I seem to be bumping into more angels than Entrepreneurs sometimes – it's scary.

5. The Government causes a fuss from time to time but predominantly has stayed out of what they don't understand.

Are there great ideas? Yes

Are there great teams? Yes

Are teams bootstrapping/saving up/ getting a bit of money to get off the ground? Yes

Is there ample Series A happening? Yes, but Not Yet at scale

Are there exits happening? Not Nearly

Point: We are still very much an emerging ecosystem which hasn’t even gotten through one cycle yet. Anyone who has built a product or system will tell you that there are three phases – the outline, the deployment and the third would be the optimization. We are done with the outline, but we as an ecosystem are still deploying the bits and pieces of it. Just a few years ago, I used to meet incubators who used to try to take a company from Idea to IPO. Things are fast changing already. That is good news.

So the new guy in town says that the key to solving the “Drought” is to nudge investors to invest. My reaction: WTF. The reason why Series A investors are being picky is that they know that you don’t need capital to scale infrastructure. You need capital to grow your revenue (that's what they’d like to pump rocket fuel into). And a large number of startups post their seed stage are not able to grow as much as they thought they would. The few that do, are closing their series A round and even going global with no issues.

Customers first. Focus on building your startup second. Funding will happen. But if you make fundraising itself as the mission of your existence, in the end all you will end up with – is most probably nothing. Don’t fall for the rat race of making money and value for everyone but for you – and most of all your customers, who are the reason why you exist in the first place.We cant go around blaming that the first thought on every entrepreneur’s mind is “funding” and then suggest that we keep investing in a company that is not even performing. But yes it's not altogether their fault. The market is a tough one for consumer products – and demands one on one attention to grow as a B2B market – something that the metrics set by the valley don’t agree with and being compared against a similar company in the valley in terms of eyeballs, and revenues is what is getting us into trouble. I see this increasing trend where startups are going from “Funded to Bootstrapped” mode. Some ambitious investor comes and pumps in cash, gets the burn rate of the company up by asking you to spend on every avenue possible – rakes up your recurring costs – and then realizes at the end that no matter what you pour on the steak, the steak you make in india is going to take its time to cook. The Startup has the option to either shut down, or go on low cost mode and build up from scratch again.

And Yes, India has a dry spell. Not in terms of Capital but in terms of Customers and it's hard work tiling this soil to reap the rewards and build a global company (which gets compared to the adoption rate of a valley based startup). That, is what has to change.

Build a business that you love, and for your customers – not for a freaking bank and at the least stop paying attention to what they care for. Their Exits are not YOUR problem. If you are a startup entrepreneur, I bet you have issues of your own – now go sign up that new customer, and keep your existing ones freakishly happy. The rest, just happens – like magic.

And My Apologies, I lied. It's not a drought. There are amazing customers who can build you an empire – they are just not waiting to be sold to, they have to be taught, nurtured and groomed in – Probably not the early adopter kinds with an impulsive buying habit perhaps. Simply hard nosed buyers.