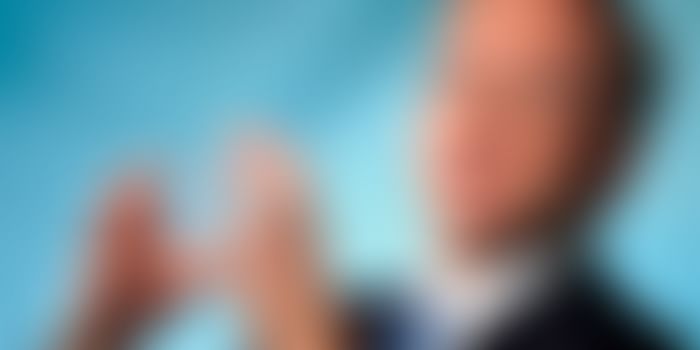 Nasscom today announced its ambitious 10 year plan to incubate and nurture 10,000 startups. The program, known as the 10,000 Startups program for which YourStory.in is a partner, was announced at an event that commenced with a fireside chat with Eric Schmidt, Executive Chairman of Google. The fireside chat with Eric was hosted by another Industry veteran and the President of Nasscom, Som Mittal.

Here are some excerpts from the chat, which covered memorable stories and learnings from Eric on the past, the current state and predictions for the future for startups.

Som Mittal: We are very excited that you are here to spend time with us among some early stage entrepreneurs, some aspiring ones, and many successful CEOs as well. Eric, someone like you has already been very successful as VP at Sun, CEO at Novell. What made you back then in 2000 join a startup that was unlisted and was started by a couple of college dropouts?

Eric Schmidt: I wanted to work with a company that was full of very smart people. And I met Larry and Sergey whom I thought were absolutely brilliant. I thought it would be fun to work with them, and that is literally why I joined Google. And the rest is all luck. So don’t discount the value of luck in this process. I am glad the partnership between me, Larry and Sergey went very, very well.

Som Mittal: How was the jump from a big company to a startup (when Google was a startup)?

Eric Schmidt: Yes! At Novell, I had lots of staff, a big company and huge compensation. When I joined Google, we had a corner desk in a room with 5 other people, but I got to know all of them very well; I like to think of it that way. One day one of the engineers decided to join me at my office, because he felt that he wasn’t being used enough at his last job. He and I became best friends.

Som Mittal: There are a lot of companies that get started, but very few companies get successful and scale; what are some of things you did right at Google?

Eric Schmidt: The most important thing when you are doing a startup is that don’t accept a limited view of what you are going to do. You are much better off being a part of a startup that has decided to change the world, and what you are doing now is a part of that. When you look at things that way, you will attract a higher quality engineer, a higher quality scientist, a better salesperson. Also, when you think about things in this way, you will most likely build systems that will scale. There are cases of so many startups, that do amazing demos, they showcase very well, they get funding. Once they get users things begin to break because everything was not thought through for scale or just was not architected for millions or billions of users. That is why having the right technical talent really matters. And it is brutal out there.

Som Mittal: Did you envision in advance that Google will be where it is today, back then?

Eric Schmidt: I certainly did not. Luck is major component. But I want to share one thing - the world is a much bigger place than you think it is. Most people underestimate the opportunity in what they are working on.

Som Mittal: As Executive Chairman at Google, what do you think are the biggest opportunities and challenges India has?

Eric Schmidt: Let me tell you a good and bad story about India. India very successfully dominated the BPO market. But India today is not a leader in web services, even though it has an opportunity to do so. I wonder why not. But this also means there is a great opportunity - 130 million internet users with a population of 1.3 billion, so roughly speaking 10% penetration. Imagine what it will be 4-5 years from now, when 600 million Indians get on the internet, start programming, and join this internet conversation – the possibilities are immense. Right now the Chinese internet population is larger than any other, but there is a chance that India’s could be the largest internet population very soon, considering that it would be the young people driving it. So there is a huge opportunity.

Also, the Government officials that I met are very positive about the internet.

Som Mittal: Whenever people are talking about startups, Silicon Valley comes into picture. You have lived through that, so what do you think it takes to create an Indian Valley?

Eric Schmidt: One of the interesting statistics about Silicon Valley startups is that about 40% of the companies are run by Indian entrepreneurs. So we know that Indians have the skills and education needed to do this, and they all got the education needed from here. Now, where would they all be - at good universities! That is the first thing.

The second thing is that you need money. You do not need a lot of money but you need a venture capital industry. Most VCs are unwilling to take the risks, because the returns so far have been poor. We need VCs who understand that India is a strategic investment.

The third - Government rules have to be startup friendly.

Som Mittal: What is the next big thing? What should we bet on as startups?

Eric Schmidt: In the near term the next big thing is mobile, which was the same thing last year and the year before; and don’t forget that next year as well it will be mobile! There will be 100s of millions of users whose primary internet experience will be on the mobile phone.

If you are not building mobile apps for your solutions, then you are not doing the right thing.

Also, another bet is that businesses will become more profitable by relatively straightforward and relevant data analytics. Understanding customer behaviour, logistics, purchase patterns etc. What happens if you have much better Artificial Intelligence? Also, what happens when next generation technologies can do better speech to text, can listen, understand and process queries better.