[Culture Series] A Fresh Idea, A Fresh Business And Like A Breath Of Fresh Air 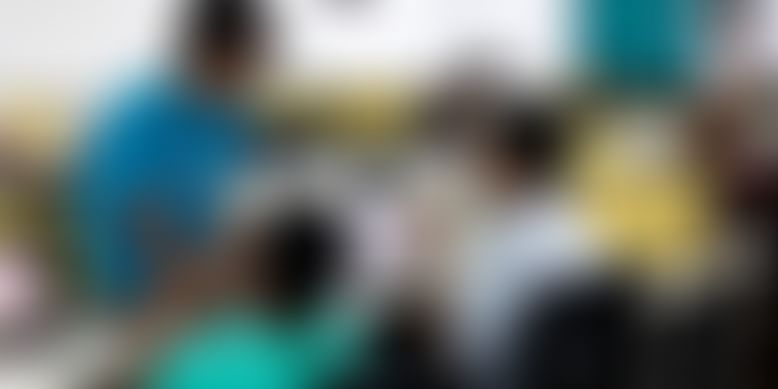 This article is part of the Culture Series we’ll be carrying as a run up to the Startup Jobs Fair, India’s first exclusive campaign to connect the most promising talent with the most exciting startups. This series will bring out the culture at some of the most dynamic startups that have managed to scale and make a mark. Today we showcase Freshdesk

If you have managed to guess whom these impressive credits belong to, then give yourself a pat on the back. But for those, still scratching their heads, this information is about Freshdesk. The small little big company/startup(call it what you may) that has created one of the most popular customer support systems and simplified the lives of many customer service agents and companies around the world. Founded by Girish Mathrubootham and Shan Krishnasamy in 2010, Freshdesk is today a 77-member team and among one the fastest growing product companies from India. And as you can understand from the title of this story, they are also a great place to work for.

As part of our culture series, we spoke to Girish on what makes Freshdesk such a fresh breath of air? And this is one of the most important things that he had to say: “Come and work with one of the best product company’s in the market. Your salary would be at par with the market. As a funded startup you don’t have to worry whether we will be there after the next six months or so, as we are growing rapidly. You get the chance to work with a growing B2B SaaS product company from India, we are one of the few Indian startups in that space. And any person coming here can really juice the time spent here in understanding all the aspects of running a global products business.”

If that pitch is not convincing enough, then people who apply and get selected at Freshdesk, also stand a chance to make crores of rupees, as Freshdesk gives stock options to all its employees after being with them for six months. And over and above all this, the incredible amount of knowledge that anyone working there can gain is unparalleled.

But its not very easy getting into Freshdesk, because Girish and Shan follow the principles mentioned in the book called ‘First Break All the Rules’ by Marcus Buckingham. Girish says the book helped him understand the importance of matching the natural talent of a person to the job he is going to do. The book talks about the difference between skill, talent and knowledge and Girish and Shan have used those principles in hiring most of the workforce at Freshdesk.

Today Freshdesk has a good blend of freshers and people with seven to eight year experience, Girish and Shan have the highest experience among all -- about 25 years between them. Most staff at Freshdesk comprise South Indians, but Girish is more than happy to have people from across the country to join him. “Everybody will love the work culture of Freshdesk. The only problem they may face is adjusting to the hot climate of Chennai and not being able to speak Tamil,” says Girish very matter-of-factly.

He has a similar approach when asked how he manages to keep people motivated. Somebody at a panel discussion had asked Girish how to do inbound marketing, how do you write great campaigns and Girish’s answer to them was, he does none of it and it was all about the team. However he does consider himself to be a coach and the Freshdesk staff to be a professional sport team, “like the Chennai Super Kings. We have players who understand that and know they have to play on the top of their game,” says the boss.

But the analogy of a sporting team ends with that and there is no strict regimen that the coach makes his players undertake. Infact they do not even track employee attendance and there is no punch-in & punch out time at Freshdesk. Neither do they have a strict dress code for employees. However there is a certain discipline when it comes to building a new product. “It is like giving birth to a baby, all you have to do is push. Also it is a small team culture and they are working with their hearts and complete ownership of their responsibilities, so there is no need for me to keep a tab.” Girish says this technique is also useful as it helps to identify and penalize that one person who may not be working, rather than penalizing the 99% who do their jobs.

But that doesn’t mean it is all work and no play for Freshdesk employees. They have their regular sojourns of fun and a recent one was the company’s two-year celebration party, held a five-star hotel. All the Freshdesk employees and their family members were invited to be part of the fun and frolic. Girish strongly believes that the company’s growth and personal growth is the biggest motivation for any employee. Therefore monetary incentives can only work as short term motivators, but in the long run, it is only growth that matters.

Another philosophy that Girish and his team follow is to be fair and nice to all. And the only so called “best practice” that everyone follows at Freshdesk is, “Don’t be a jerk!” So if you want to be part of one of the coolest company’s in India and eventually make crores, then send your resumes to Freshdesk. The company is currently looking for awesome programmers, product managers and UI/UX people.

Come meet them at Startup Jobs Fair, Bangalore on 27 April, 2013