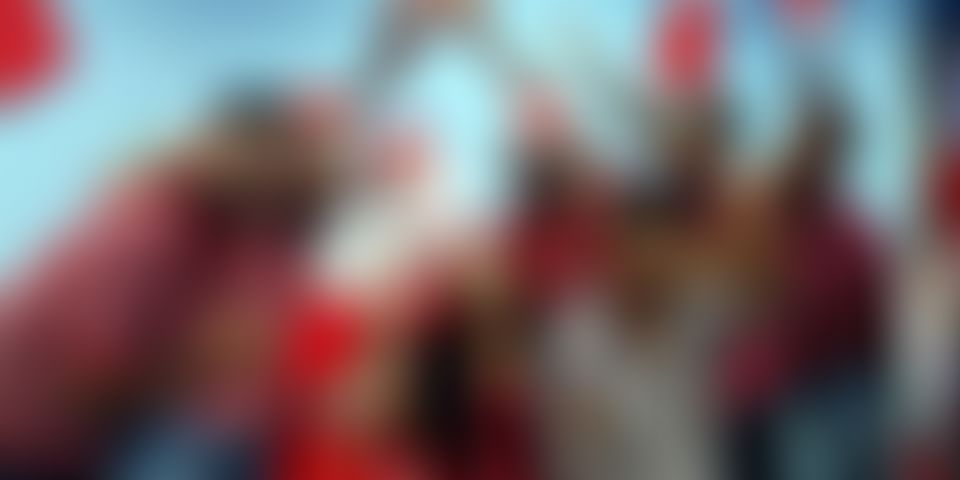 Last year two of Dexetra’s employees had gone to a hackathon event and were having fun there. At some point one of them was using Iris to find answers to something, when another startup guy (presumably) came to him and gave him the ‘gyan’: “Do you know this? Iris was developed by Google in a hackathon similar to this one, in just a day after Siri was released. That’s how cool Google is, Siri team toiled for years to build Siri and Google guys just created a clone a day!”

They were obviously amused as well as annoyed by this ‘news’. So they just opened the Iris app, and showed him the ‘About’ screen. It had “Dexetra” written on it. But that guy was not ready to give up yet. “To avoid legal issues they didn’t launch under the Google brand, they have just launched it with a random developer name,” he said, and even substantiated part of his claim by pointing them to a reputed blog which had in fact written that “Google has built Iris to compete with Siri”.

Later, the Dexetra team won the hackathon for Iris, and the presenter invited them on stage to share the whole Iris story and how it was built. When the team came back with the prize, Mr “know-it-all’’ came and apologized to them and expressed his surprise and amazement on knowing that Iris was made by Indians!

This is team Dexetra for you.

Their strong 15-member team work together from their office at Indiranagar, Bangalore. The constant endeavour, Techsparks 2011 startup, is to produce awesomeness (read as: kick ass products). At 10 in the morning, the team gets together for a daily scrum in order to check the status of tasks assigned and then plan for the rest of the day. The cloud team and the mobile team pour in their views and details here. The team usually eats lunch together and their day comes to an end around 8pm.

Nevertheless, “office night-outs” are not uncommon at Dexetra. Employees are also allowed to work from home; but this practice is not encouraged much as there exists “a lot of external dependencies that could have a crucial impact on the outcome. Moreover, working at office also helps in imparting more knowledge to the lesser experienced team members.”

Holidays at Dexetra are equally fun. Public holidays are ‘awarded’ to employees at the beginning of the year and they can ‘use it up’ any time. So if they wish, Dexetra employees can come to office on Diwali or Christmas and work on Sundays too, Whatever works for you (and your team). Having said that, most employees love to work on weekends or holidays and would rather spend their time coding instead of waiting upon their girlfriends on a date. Occasions like birthdays, company anniversaries and different festivals are celebrated aplomb at the office. When they get bored of all the celebrations and team eat-outs, the Dexetra team competes with each other through events ranging from gaming to treasure hunt.

A video of the developers settling an argument:

Who is team Dexetra looking for?

Narayan Babu, the Founder & CEO of Dexetra, was earlier a Computer Science Engineer, and had worked with Bosch for around 3 years before starting Dexetra SS Ltd. He has a brilliant vision for the company and wishes to work with people who share hsi vision of becoming tech rockstars. And besides full time employees, few interns who have worked with the startup also have had great experiences. Read their first intern’s post which he wrote after he completed his tenure here and left to join Qualcomm US.

Dexetra doesn’t differentiate between freshers and people with experience. A fresher is encouraged to work with people who can help him gain in-depth knowledge of the domain. Members are encouraged to own up tasks and improvise on it, helping them to be equipped with skills all the time.

For the experienced, Dexetra offers a chance to engage in a lot of research and skill building, which in turn is used to make their products better. And amidst all the fun and work, what Dexetra members learn, is the comprehensive knowledge of end-to-end operations that entails whilst envisaging a new product.

Narayan Babu adds, “Being a startup that emphasizes on commitment rather than past credentials, we offer everyone a fair and equal chance of moving further up ahead. Though we are flexible on many things when it comes to code we have Obsessive Coding standards Disorder (OCD) guys leading both our cloud and mobile teams. So it is tough first couple of weeks for a new guy and his first production push (first snippet of his creation that goes to users) is celebrated with a toast! We’ve seen from that point they progress really fast.”

The “Dexetra vision” is to see Iris help a majority of phones/gadgets that people use in everyday lives become intelligent. The team further wants to tailor the device to give him/her intelligent suggestions at the right time, based on the behavioral preferences of a user. And in the process create a smarter world!

Wish to be a part of this vision? Meet team Dexetra at the Startup Jobs Fair!