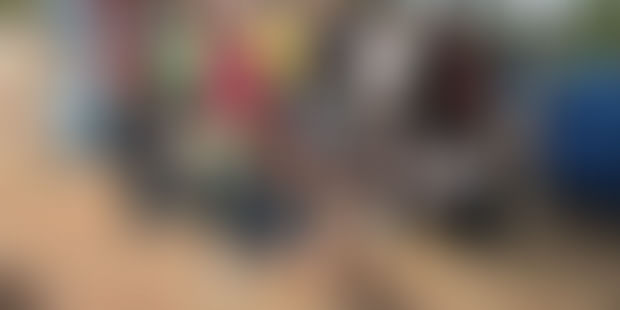 This article is a part of the Culture Series we are carrying as a run up to the Startup Jobs Fair, India’s first exclusive campaign to connect the most promising talent with the most exciting startups. This series will bring out the culture of some of the most dynamic startups that have managed to scale and make a mark. Today we are showcasing redBus...

redBus has had its fair share of media attention. One of the hiring companies at the Startup Jobs Fair, I was having multiple thoughts running around in my mind when I was heading over to their office in Domlur, Bangalore. From our initial coverage to Sarah Lacey’s rathercontroversial piece, moving onto the day when redBus crossed 1 crore ticket or Drew Olanoff’s recent coverage (or some random dude praising redBus), the online world has remained abuzz with news from redBus.

So, what is it that people don’t know about redBus? Founded by Phanindra Sama and a company that sells bus tickets has almost become common knowledge in the startup world. But here, we’ll rewind back to the days in 2006 when buying stuff online was almost alien to people in India.

I had the privilege to meet two very humble gentlemen, one of whom who joined redBus a day before the company started. The other joined just after the inception. Completely coming from different backgrounds, these youngsters didn’t have a clue about coding. They used to take care of everything apart from coding like setting up the internet connection to running errands. This year was 2006 and redBus had started from a house in Madiwala, none of them knowing what a monumental company they were building.

“We used to go to the bus stops and distribute the fliers and people used to throw it in front of us!”

They collected it back from the ground.

“No one had a clue about how card payments worked and they all wanted deliveries to be made manually.”

They did it all on a scooter. And the best thing, one of the guys didn’t know how to drive!

And fast forward to 2013, redBus has grown to 600+ employees and has sold more than 1.5 crore tickets online! redBus has played a huge role in educating the average Indian to come online.

What is surprising is that the same enthusiasm about the company has translated from the first employee to someone who has just joined in. I talked to employees across the chain and they all gave me the same answer.

Satish Gidugu joined redBus as the CTO in 2011 and has played a pivotal role in scaling the technology side of the company. From only 15 members in the tech team to a 55 today (and room for more), Satish shares, “We just look for intelligent developers and good people. Particular skill sets haven’t mattered to us and we have hired people who identify with our philosophy of taking problems seriously and solving them as fast as possible.”

Any problem which has been raised by a customer or a travel operator, if not solved within an hour, escalates upto the CTO level. There are no strict hierarchies but this basically exemplifies how much the company cares about customer service. Choosing carefully, having people who understand such a culture, redBus has been able to maintain the culture in spite of the rapid growth.

What goes on behind the scenes?

On the face of it, redBus just sells bus tickets but if you scratch the surface, there’s some amazing activity going on. The development team at redBus works on a host of products like their mobile applications, their internal CRM, products for bus operators and other white label solutions as well.

redBus has two cloud based software, called BOSS and Seat Seller which it developed in-house, to bus operators (for managing their operations), and travel agents (to aggregate and sell tickets across multiple operators) respectively. Apart from this, redBus also launched their app recently and have a constantly evolving internal CRM. redBus is also looking at working on a telephony system tailor-made for themselves.

“The kind of diversity we have in terms of the technologies we use, if this doesn’t excite a developer, hardly anything will,” says Satish with a smile. redBus also houses a couple of R&D folks who have worked in the Bay area for a good amount of time and are now looking at developing an in-house R&D lab at redBus.

How is redBus structured?

Three buildings house the 600+ members of the redBus team and all floors are divided according to departments. Couple of floors are dedicated call centers, a floor is reserved for finance and accounts and the tech team sits in the 3rd floor of one of the buildings. Not very flamboyant, redBus offices are an example of frugality. redBus works 5 days a week (officially) and encourages employees to work from the office.

“People can work from home but we are a very closely knit team so a lot of works happen by just talking,” says Satish. redBus also maintains a very flat hierarchy and people keep shifting the teams in which they’re working very frequently. With ample opportunities across the departments, redBus has enough to keep an employee engaged and interested.

Exponential growth and the road ahead

The growth redBus sees will be almost equivalent to the growth India sees in terms of internet penetration. The amount of time it took them to sell the first crore tickets was close to  six years and the next half crore they sold in less than two years! This rate will only pick up and to consolidate their team, they’re recruiting more people.  Meet redBus at the Startup Jobs Fair!