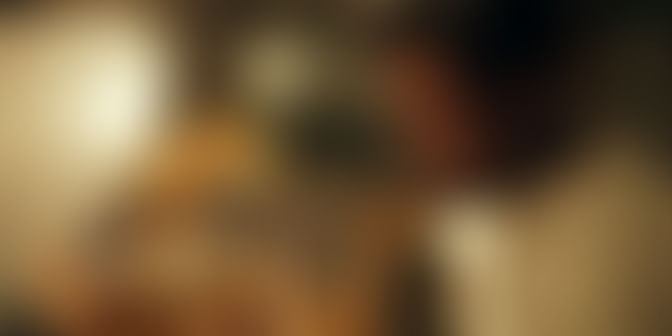 Hard core geeks shall be able to relate with me when I say that a really great piece of code written gives a great pleasure just by looking at it. On similar lines, when you listen to a great voice, it gives you the same feeling that lingers on for quite some time. And, this is not limited to just the two of these; it works for even great pieces of literature, art, and architecture even. The point of emphasis here is the “beauty in the eye of the singer/coder/beholder”.Joel Mukherjee is one such music-entrepreneur who’s all set out to beautify the music world on his own! He started composing at the age of eight, and stirred his vocal chords as soon as he passed out of school. Composing and singing have been his forte, and he wishes to make leaps and bounds in the field. Edited excerpts from the chat YourStory had with this music-entrepreneur:

YourStory: Tell us something about yourself. How did music happen?

Joel Mukherjee: Well music runs in my family. My father is a renowned multi instrumentalist, composer, and arranger in Kolkata and my mother’s also a trained Classical singer, composer, and lyricist. So you can pretty well say that music runs in my genes. I’m originally trained in Western Classical Guitar and hold a Grade8 diploma certificate from the Trinity College London. Having started with Western Classical music, it helped pave the way for my understanding of the subtleties of different genres in music and hence my journey started towards the exploration of the never-ending ocean of music.

YS: When did music actually “happen”? Who do you look upto?

JM: I started composing at a young age of 8. However did not start singing until I had passed out from school. However, with time after having listened to musicians like Frank Sinatra, Sting, John Mayer, Norah Jones, George Michael, I developed a taste for singing off beat genres like Jazz, Blues and not so common pop songs as well. They posed a challenge as such songs were seldom sung by musicians here. Since I was now a Singer/ Guitarist I had the unique opportunity to come up with a style that would make me self sufficient on stage. The influence of John Mayer is quite obvious due to the similarity in our musicality. Although most singers are dependent on other musicians for accompaniment, I think my knowledge of the various instruments enable me to explore music in a much more detailed and varied way. I am proficient in Jazz, Blues and contemporary singing. However, I have experimented with the traditional Bengali Rabindra sangeet, folk and ghazals.

YS: What are the primary challenges that independent artistes face currently?

JM: Having produced my own album- ‘The Beginning’ in June 2012, I realized the problem suffered by independent artists. The record labels charge huge sums of money, promising that they’d use it for promotion and publicity, but later you end up with absolutely nothing and the rights are taken by the company. Due to this even your creations don’t remain your own any more. Hence I planned to make my own company ‘White Key’s Production’ along with my father, which would not lure young artists with fake promises, but to actually do something for them.

Our country hosts an amazing cauldron of talent. However, there aren’t any institutions offering vocational courses in music that would enable a talented individual to earn a decent livelihood by doing music. The one which does exists in Chennai is so expensive that it’s beyond the reach of the middle class. Having travelled to UK on a funded trip by the British Council, I had the unique opportunity to work/ perform / study for a short period at the Guildhall school of Music and Drama in London. It opened my eyes to a vast avenue of possibilities for young musicians/ performers. The alumni include the renowned actor Damian Lewis from ‘Homeland’.

I had also discussed possible collaboration with musicians from India. However, the only problem remains is funding. The government policies in India do not have any funding for aspiring artistes to travel or collaborate with Universities abroad. There are various scholarships available for academic courses but none for the Fine Arts. I was one of the sufferers as well. Having successfully gotten in at Guildhall I could not afford the huge fees and neither were there any scholarships. So I decided to devote my creative expertise as well as my entrepreneurial knowledge to try and educate young musicians about the possibilities of music as a career in today’s world and how to go about in enriching one’s creative capacities through collaboration with different artists and to use music as means to influence the young mind and helping them gain a better experience of life through workshops in schools/ corporate sectors / hospitals. These would probably be the challenges that I face as a young musician/ entrepreneur. Since i have to earn a living myself and at the same time devote myself in the service of others just like me who are in desperate need of guidance.

Here's one composition "Aynar Obhab", about lost love, and how the guy still thinks about the beloved yet the reality makes him accept the present:

JM: Whitekeys has been associated with quite a few industry professionals and has helped with the production/promotion of their music. Along with that it has conducted numerous workshops in schools and colleges for aspiring young musicians and children to help them gain a better understanding of how music can be taken up as a career choice. The workshops have been conducted in numerous well known schools in Kolkata like CIS, Julien Day, Garden High, IVWS, Engineering colleges and the British Council. The production oriented work generates revenue from the intellectual/creative output given by members associated with the company, be it in terms of music, lyrics, arrangement, production, whereas in terms of promotion, revenue is earned through paid downloads, radio airplay, tie ups with event organizers. And, in cases of music workshops, the team presents an approx budget to the school/ college for the proposed workshops.

YS: What do you think of the entertainment ‘reality’ shows that have come up?

JM: Personally I’m not fond of television much so, I don’t have much idea about the entertainment reality shows. However, I don’t think I like the idea of these shows because, they don’t really explore the creativity of an artiste, and rather the artists are more of a commodity for the television channels. In this particular medium the artists are normally lost after a certain time gap due to the huge publicity of the following season of that show. A new bunch of talent comes and the old ones are conveniently forgotten.

YS: We recently got to know about your collaboration with Amit Trivedi…anything that you’d like to share about that?

JM: It is a collaborative project with Amit Trivedi where I intend to learn from such an amazing musician and arranger like him. It’s going to be an interchange of creative ideas/musicality. For the fruits of such collaboration, one has to wait and keep one’s ears open!