Tennis Star And Now a Businessman. In Conversation with Vishnu Vardhan, Tennishub.in 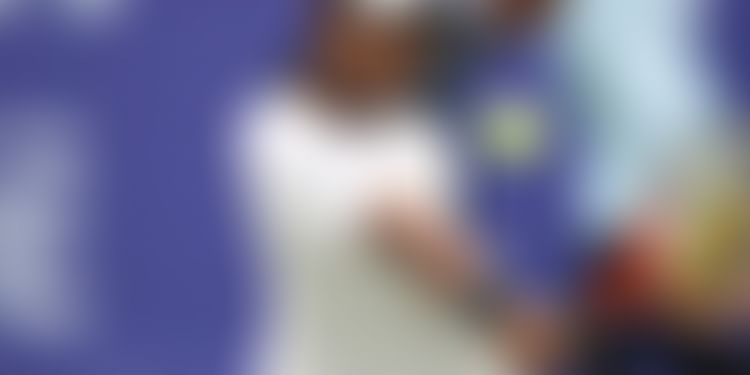 We are all too familiar with sportsmen turning businessmen once they have hung up their boots. But today we know of many sportsmen including the gods of cricket MS Dhoni and Sachin Tendulkar who have their own ventures running parallel while they concentrate on their game. Yesterday we broke the story about tennis player Vishnu Vardhan starting his own venture Tennishub.in. Vishnu is a rising star in the world of tennis. In his sporting career so far, Vishnu has been an medal winner at 2010 Asian Games, he recently partnered Leander Peas in the 2012 London Olympics and is well on his way to achieve more sporting laurels.

However last year, sometime in December, when he was at home nursing an injury, he got talking with his friend and now business partner – Afroze Khan about entrepreneurship. Vishnu says the idea was Afroze’s, but they were both equally excited about the thought of starting something on their own. Tennis was the obvious choice, because Vishnu plays the sport, while Afroze was also a professional junior tennis player. Afroze could not pursue it further because of injuries. Tennishub is their dream come true and just the beginning of the long journey of entrepreneurship as well as tennis. We caught up with Vishnu for a quick chat about sports, business and entrepreneurship. Excerpts.

YS: Did you have an interest in business from the beginning or did Tennishub happen by chance?

Vishnu Vardhan: My family is a business family. As a young boy I have helped my father in small ways at his office. I used to go to his office from 11.30 am to 3 pm daily after school. So when he was busy with other things, I would attend phone calls for him, write proper business letters to be sent to clients/ business partners, take down dictation from dad and do anything else that was needed. Those days laid the foundation of business you could say.

Last year when Afroze discussed this idea with me, I was quite excited, because the problem is real. There are so many tennis academies in Hyderabad and Secunderabad itself, but getting the right gear and products for tennis is a problem. So think of smaller towns where people want to buy goods and train in tennis, where will they get their products from. Through Tennishub we want to try and change that problem. Make tennis goods available and accessible across all parts of the country.

YS: How involved will you be with Tennishub?

VV: I will be as hands on as possible. However my bigger responsibility is to be good at my game. I want to play good tennis and improve my rankings and win more tournaments. The better my performance, the better it will be for Tennishub. I am also helping with brand promotion and brand strategy.

YS: Apart from branded products that are currently sold through Tennishub, do you have plans to introduce any signature collection on the store?

VV: Yes, we do have plans to introduce our signature clothing on the store very soon. Apart from products, we also want to take Tennishub offline in the form of organizing tennis camps, where aspirants can come and talk to professional players about the sport and get their doubts clarified.

YS: Do you have tennis players in the Tennishub team?

VV: Yes we do. The person heading customer service for Tennishub is a professional player. So if customers want to call us and get some advice on the type of product they should buy for the game, we can advice them about that. What type of racquet they should use, the shoes, clothes – we can help them make proper decisions. We can also advice people on sports psychology if need be.

YS: What are your thoughts on entrepreneurship in India? How easy or difficult is it?

VV: Entrepreneurship in India is still not very encouraged. I remember when my father decided to start on his own, my grandfather was not very happy about the decision. That is still the mindset to a great extent. Everybody wants their children to study well and get a good job, a government job if possible, but entrepreneurship is still not considered a good option. Things are changing, but for the mindset to change will still take sometime.

However, I have seen how different the scene in US and other European countries is. Everyone is quite encouraging of entrepreneurship and there are enough mechanisms in place to provide a boost to entrepreneurs. We Indians are very creative and can really excel in what we do, its just the courage to do it, that sometimes becomes a hindrance.

YS: What is the ambition for Tennishub?

VV: We want to become the best shop in India for all kind of sports. What we have done is started Ultimate Sports – which is the parent company. Tennishub is just one of the verticals, because both of us were familiar with the game. But going forward we want to cater to more different variety of sports and the requirements related to it in India.

YS: So do you have an idol, whom you look up to as a sportsman and a businessman as well?

VV: I would say Mahesh Bhupathi. He has donned many roles successfully and he is my inspiration.

YS: What advice would you like to give young sportsmen and people thinking of taking up entrepreneurship?

VV: I would say, do whatever you like doing and enjoy doing. Don’t do anything that you don’t like. And it is very much possible to manage a couple of things at a time. You don’t have to let go of one thing to do the other. Now I am managing my tennis career alongwith Tennishub, and back in school I managed my studies alongwith tennis. So it is not too difficult. If one has the will to do, there are ways to do it. Nowadays young tennis players are leaving school to concentrate on the game, which is not at all needed I think. You have to find a balance.