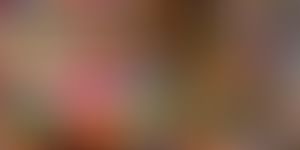 We released the first part of the report yesterday. Today we delve deeper into the problem facing the crafts sector in India.

The crafts value chain is fragmented

The current crafts sector can be broadly categorized into five verticals. It aims to demonstrate the different stages in craft production from producers to markets and inputs required at each stage. It must be noted, however, that each craft will have a slightly different set of processes.

● Self Help Groups (SHGs) are set up with the help of external technical intermediaries such as non profits or through government schemes, and typically comprise 10-20 artisans, usually women. SHGs serve as a form of social collateral, enabling artisans to establish linkages with input providers such as raw material suppliers, microfinance institutions and banks, and downstream players such as aggregators and retailers.

● Mutually Aided Co-operatives(MACs) are created to provide artisans with a platform for equitable participation. Legislated at the state government level, MACs enable artisans to pool funds as equity and own their production units. However, due to strong government influence, this structure has failed to gain popularity in most states other than Andhra Pradesh and Kerala.

● Producer companies were created as a for-profit legal entity in the Companies Bill in 2002 to enable primacy producers to participate in ownership and contribute equity.

● Private Limited Companies are for-profit legal entities that allow artisans to participate in ownership as shareholders, while enabling external funders to invest capital.

However, most artisans continue to work independently as there is a widespread lack of awareness about the advantages of being organized into the above forms.

2. Procuring and processing raw materials : Traditionally, raw materials used by artisans were widely available due to the close linkages between evolution of crafts and locally available materials. Further, the jajmani system, which consisted of a reciprocal relationship between artisanal castes and the wider village community for the supply of goods and services, provided artisans with access to community resources. However, with the breakdown of these traditional structures, along with competition from organized industry, artisans find it challenging to buy quality raw materials at affordable prices. In the absence of raw material banks, they are often forced to rely on local traders who provide them with raw materials against orders, albeit at high prices, or switch to non-traditional raw materials

3. Production : Although techniques and processes vary widely from one craft to the next, crafts production generally takes place in households, with multiple family members engaged in different aspects of the process. Even where organized artisan structures exist, artisans typically produce within community settings. Production is generally seasonal, with crafts activity being suspended during harvest season, as most artisans are also engaged in agriculture to supplement their livelihoods.

4. Aggregation and intermediary trade : Aggregation involves bringing together products from decentralized production units to enable economies of scale in transportation, storage and retail. Due to the dismal status of infrastructure and communication in India, aggregating products is a challenging task, and leads to many of the bottlenecks in the crafts supply chain today. Buyers and retailers lack incentives to overcome upstream, supply-side issues, which results in a loss of opportunities for artisans to access markets.

5. Markets : The markets for the craft products can be broadly understood as local, retail shops – high-end as well as mainstream, exhibitions and exports. Among these, local markets are still the common markets for many artisans. The contemporary markets, domestically as well as internationally, have grown with an expanding demand for ethnic products that have a story linked to them. However, these products are in low supply due to supply chain inefficiencies.

6. Demand : With the advent of globalization and the availability of cheaper and more varied products, crafts face severe competition in contemporary markets. They are typically perceived as traditional, old-fashioned and antithetical to modern tastes. There have been limited efforts to reposition the image of crafts and build consumer appreciation of the history and cultural identity associated with handmade products. In addition, there are few instances of traditional crafts being contemporized to fit with changing consumption patterns.

India’s crafts sector is in disarray

While crafts received royal and aristocratic patronage during pre-Independence days and played a central role in Gandhi’s independence struggle, they have slowly lost relevance with the advent of industrialization. Currently, the sector carries the stigma of inferiority and backwardness, and is viewed as “decorative, peripheral and elitist”. This is compounded by the Government’s treatment of crafts as a sunset industry, which has resulted in a lack of well-developed policies and programs to protect and strengthen the ecosystem for artisans.

The four main challenges facing artisans in creating sustainable livelihoods in today’s economy can be described as follows:

1. Low productivity –The sector’s informal nature and the low education of most artisans create issues such as:

Unorganized production – As a largely unorganized sector, handicrafts faces problems such as a paucity of professional infrastructure such as work sheds, storage space, shipping and packing facilities.

Low education – Many crafts require the entire household to participate in production in some capacity. In many cases, crafts also serve as a seasonal source of income for agricultural households. This means that children miss school, resulting in low education levels for the family overall. The lack of education makes it difficult to manage inventory, access government schemes and market information and bargain with traders and middlemen. It is estimated that in 2003 around 50% of heads of households of crafts producing families had no education whatsoever, and more shockingly, around 90% of the women in these households were completely uneducated, according to a report published in Economic and Political Weekly 2003, by World Bank titled Handmade in India: Preliminary Analysis of Crafts Producers and Crafts Production.

Outdated production methods – Artisans may also lack the financial capability to upgrade technology in production, or undergo necessary training on a regular basis, as would be available to them in a formal work setting. This compromises the quality of their products and raises the cost of production.

Lack of funding – Craft producers suffer greatly from lack of working capital and access to credit and loan facilities. Banks cite poor recovery rates, wrong utilization of funds, lack of marketing facilities for finished products and lack of education on part of the borrowers as reasons for the low proportion of loans made to artisans. In general, this forces artisans to borrow from their local moneylender or trader at high interest rates. The All India Debt and Investment Survey (2002) showed that the proportion of money borrowed by rural households from money lenders rose by over 10% from 17.5% in 1991 to 29.6% in 2002.

Design inputs – In most traditional societies, design evolved in the interaction between the artisan and the consumer. Further, the artisan was aware of the sociocultural context of the consumer, and could thus design products that suited their needs and tastes. Due to the breakdown of the historic artisan-consumer relationship, and the increasing urbanization and globalization of markets for crafts, artisans have difficulty understanding how to tailor their products to changing demands. The artisan may not speak the same language as the consumer, both literally as well as metaphorically. An example of this includes women in SEWA’s craft cooperatives who design block printed table napkins and mats, but may have never used these products themselves.

3. Information asymmetry : Due to their low education, artisans often cannot identify potential new markets for their products, nor do they understand the requirements for interacting with these markets. This reduces their understanding of the market potential of their goods, the prices of their products in different markets, government schemes instituted for their welfare and diversification opportunities.

Lack of market linkages – While consumers of crafts products are increasingly becoming urbanized, crafts continue to be sold through local markets; artisans have few opportunities to reach new consumers through relevant retail platforms such as department stores and shopping malls. Further, due to their rural orientation, artisans are often unable to access training and technology to supply their products to online markets.

Dominance of middlemen – Although middlemen are necessary to enable effective market linkages, they often, if not always, exploit artisans by paying them a fraction of their fair wages. This may be due to lack of information on the part of middlemen about true manufacturing costs, or merely due to their ability to coerce artisans, who often lack bargaining power.

Lack of aggregation – Crafts production typically takes places in scattered clusters in rural areas, while markets are usually in urban centers. Currently, there is a lack of organized systems to efficiently aggregate goods from small producers, carry out quality checks, store approved goods in warehouses, and supply them to wholesalers and retailers in urban areas. In lieu of this, retailers have to directly source from select producers, which is often not viable in the long run, resulting in the loss of a large percentage of the market for artisans.

5. Lack of an enabling environment

Neglect by central and state governments – The Government views the sector as a sunset industry, no longer relevant in India’s technology-driven economic growth. Thus, schemes designed for artisans tend to have low priority in terms of execution and assessment. Within crafts, the Government’s priorities are skewed towards the export market, with 70% of its crafts budget going towards development of environments to enable export. Further, the fact that the crafts sector falls under the purview of 17 different Government ministries, ranging from the Ministry of Textiles to Ministry of Women and Children, results in confusion and inaction.

Lack of interest by second generation – Rural youth are increasingly disinterested in continuing their family craft traditions, for three main reasons. First, having seen their parents struggle to find markets and fair prices for their products, they are inclined to pursue other trades. Second, the school system today does not integrate lessons regarding the importance of crafts into the school curriculum, and instead students are pushed towards white collar office jobs, even if they are lower paying. Finally, crafts are strongly associated with a family’s caste. In many cases, such as leatherwork, artisans are ostracized for being from the lowest caste, which further dissuades rural youth from joining the family trade.