Politics’ loss is gelato’s gain. Aastha Gandhi is melting hearts with Melt In 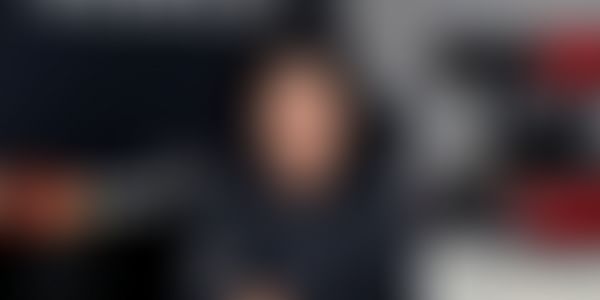 Her family owns the second largest ice cream brand in India - Vadilal, and yet Aastha Gandhi admits candidly that she was bored of the many ice cream conversations that dominated all dining table, living room discussions on the topic. She had resolved like many young rebels that she will not have anything to do with ice creams. In line with her resolve, Aastha studied politics, philosophy and economics and also worked as a retail consultant to stay away from ice creams. “I wanted to join politics,” says the 24-year old. But as luck would have it, Aastha joined Happinezz Parlours of Vadilal as the GM after completing her graduation and in the course of her retail management, ice creams managed to melt her resolve of not joining the business.

Subsequently Aastha joined Carpigiani Gelato University in Italy, to learn the art of gelato making. On completion of the course, Aastha returned to India to start her own chain of gelato stores called Melt in, and rest as they say is history.

A new taste and many new experiences

Melt In has opened its first parlour in Ahmedabad and in the initial two months, Aastha made most of the gelatos sold in the outlet herself. “It is very easy to make and not too difficult,” assures the young chef. Today Melt In has a 15-member team, which includes a chef and most of the support staff at the outlet.

Her stint as a retail consultant helped Aastha chose one of the best locations for her first outlet and today she has been vindicated of her decision. “The first outlet of Melt In is in Bodakdev in Ahmedabad. Its like the food district of Ahmedabad and we are happy with the response we have got,” says Aastha.

Melt In serves 12 flavours of gelatos and there are also other pastries and snacks being sold at the 1000 square feet outlet. When quizzed about the vast space that Melt In is spread across, Aastha says it is needed because that is the format she has envisioned for the brand. “Every Melt In outlet will serve a combination of gelatos, food and pastries. It will be a place where people can hangout and enjoy the food. We also make all our gelatos in the store and will have a kitchen in every store,” explains Aastha.

Since the store launch in March 2013, the Ahmedabad store has already raked Rs 2-crore in revenue and has received a great response from Amdavadis. “I was a little unsure how people in Ahmedabad would react to something like gelatos, unlike people in metros who are aware of the concept,” says Aastha. But all her initial jitters were soon pacified, when Amdavadis dug into generous portions of Melt In gelatos this summer.

Today Aastha is very happy with the way Melt In has shaped up and no longer nurses any ambitions to join politics. Aastha admits things would have been very difficult without the support of her family. “The investments required in the business is huge and it would have been difficult for me to do it alone. Also about 90% ingredients used at Melt In are imported and that is possible because of our ice cream business,” admits the youngster. However quiz her what she liked better, gelatos or ice cream and pat comes the answer “gelatos!”

Aastha wants to take the Melt In brand national, but is in no hurry to do it. She says, Melt In has plans to enter Mumbai, Delhi and Bangalore in the coming years and would probably open five new stores in next two years. “I do not want to be aggressive about numbers, because it is quality that I want to be more focused on. Melt In’s concept is its USP. We need a large space for our outlets, because it will include a factory setup to make the icecreams and I want to make sure we do it right,” says Aastha wisely.

Currently most of the advertising and marketing for the brand is done through its Facebook page. Melt In also relies on newspaper advertising to spread the word. However what pleases Aastha the most, is the word-of-mouth received for the brand. “Many youngsters have come to the outlet because their friends have tried it and liked it, and that’s very encouraging,” smiles Aastha.