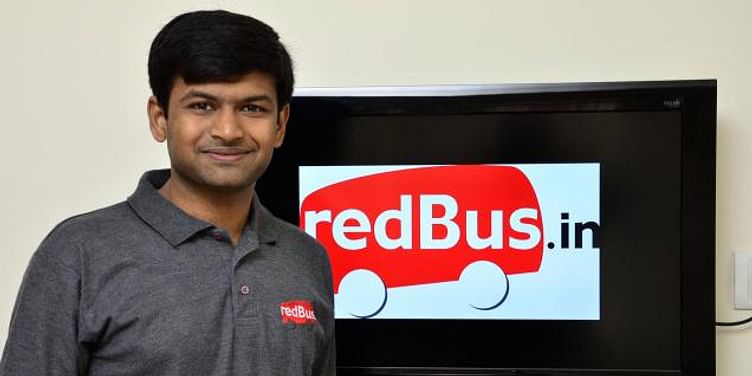 redBus founder Phanindra Sama has confirmed to YourStory.in that South African based media and internet group, Nasper, has acquired them via their India subsidiary, IbiboGroup. The particulars of the deal are undisclosed. A press release regarding the same has stated that -

All the travel entities of ibiboGroup (MIH India), including redBus.in, will continue to run independently and operate as separate businesses to drive deep focus. The founders and management teams of each of these entities will continue to build out their businesses.

We at YourStory.in have had a great relationship with redBus and have been associated with them since the beginning. Having seen the company's meteoric growth in the past few years, it was interesting to know what founder Phanidra Sama thought about the deal and what is in store for redBus's future -

YS: During the early days, did you ever think that redBus would become so big?

Phani: Not really. In the initial days, our focus was to solve a problem with technology. None of us ever thought of how big this would become or where this company would go 5 years from now. But halfway through, we began to think that we're onto something. All the constituents of the travel industry were happy with what we were providing and that's always a good measure of how good you're doing. However, the best from redBus is yet to come. We're working on some great ideas and I think we are a long way off from our full potential.

YS: How has this acquisition changed things at redBus?

Phani: Almost everything is exactly the same. Especially within the company; Charan and me will continue to work as we always have. The company's composition is exactly the

same, straight from the senior management right up to the junior level.YS: What are your expectations going into this deal with the Nasper Group?

Phani: If you look at the Nasper Group, they have a lot of amazing internet companies across the world. Almost all of them are either first or second in their respective geographies and markets. I also spoke to other CEOs of companies that exited with the Nasper Group and all of them shared that they embarked upon a phenomenal learning curve, because of the experience that they've got with internet businesses.

Furthermore, with our association with the IbiboGroup, the understanding of the Indian travel customer will become much better. They've got experience with the Airline and Hotel industry which I think will be of great value to us. If and when we choose to go international, this would be a great platform for us.

YS: What are some of the immediate things that you're working on at redBus?

Phani: We've ventured recently into the B2B space with our agent platform, which is doing extremely well. We will continue to work on that and develop it further. On the B2C front, we've pretty much figured out how things work and we will continue to dominate in the space as we have. But we're seeing some good early success in the B2B front and we'll be looking to work on that in the coming months. We are market leaders in the B2B space as well and I think we're getting on the track of exponential growth here as well.

YS: As someone who's started redBus, what does this deal mean to you?

Phani's humility and hardwork has been the hallmark of redBus's success so far and we at YourStory.in wish them all the best with their future endeavors.

Stay tuned for more from redBus