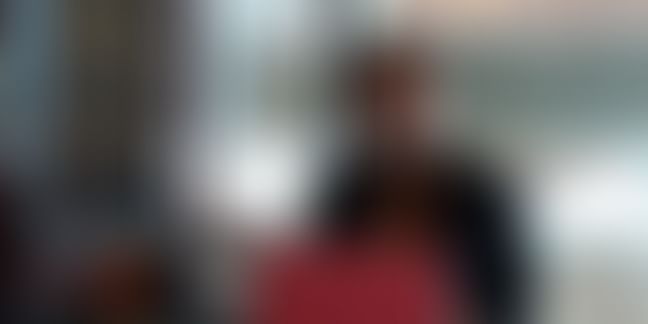 Dharamshala is probably one of the most serene places and a town, everyone in India should be proud of. McLeodganj (Upper Dharamshala) has a very rich history and holds a lot for the tourist but one thing that doesn’t catch the eye is the effort of a few individuals who’re trying to develop a tech startup community in the city. James Walker who spent most of his life as a tech guy at various MNC’s across the globe and has now settled in Dharamshala, Varun Rattan Singh who runs a thriving IT services company- Srijan Tech, Ayush Ghai who runs a tech product company from the hills are the main proponent of this movement and the newest inclusion to the group is Tsetan Dolkar.

Tsetan is a Tibetan who was born and brought up in Dharamshala like many other Tibetans but she had a certain spark which was rather uncommon in the mountains.

While in school, going to the cyber café cost me INR 120 an hour but I was so fascinated that I spent all my pocket money on it. Just the fact that different usernames and passwords opened different windows from the same interface was magical!

This ignited the spark of curiosity and Tsetan started learning about how the web works. She went on to do a BCA (Bachelor of Computer Applications as career counselors told her) in Chandigadh but soon realized that theory is not what she needed. She started earning on the side by working in a call centre and after her BCA started teaching in Dharamshala at a computer institute.

Alongside, she was saving up money and meeting a lot of people who encouraged her to do a lot more. “My family has been very supportive and they let me do whatever I wanted to,” says Tsetan about the strong pillar that her family has been.

The moment of starting up

Tsetan was inspired by James and Varun and started attending local meetups where 10-12 people came together and discussed about how technology works and how they can spread the power across Dharamshala.

These meetups gave Tsetan the push and in May this year, she has started up a web development company- Tibetan I Tech. Tsetan has used her savings to setup a small office and has provided employment for two of her students. “We have 6 projects from the locality currently which includes a site for ourselves,” says Tsetan. A perfectionist, Tsetan doesn’t want their site to look mediocre is keeping it on hold till they are fully satisfied. The aim with Tibetan I Tech at the moment is to develop websites for the local businesses for whom a web presence would be beneficial.

“Most of the projects have landed via our contacts here and we also have a project from the UK. James helped us in acquiring some of the clients,” says Tsetan. Starting with services, the aim is much bigger. “Kids here are taught computers but somehow the ambitions are not there and curiosity is killed in a way. I want to change this and give them a chance to work on the bigger stage,” says Tsetan.

Srijan Tech is working with the same aim to create employment in the community and help the town grow and think bigger. Collaborating amongst themselves, the group is trying to attract other startups to shift based to Dhasa (as it is locally known) and setup offices here and if I were to say anything, startups in Delhi should surely look at the option. The place is just fabulous and Delhi is an overnight bus trip.

Visit Tibetan I Tech’s FB page and tell us what you think about this beautiful growing tech community and if you’d like to be a part of it in some way.