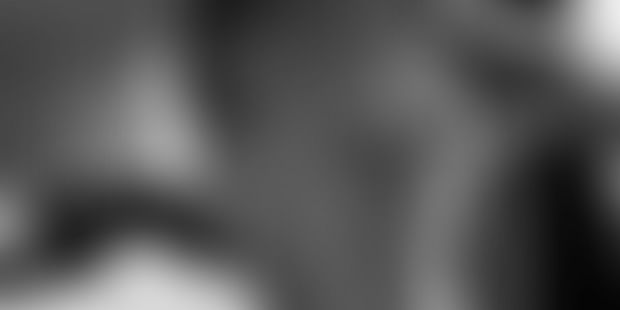 Me: Hey! Good to see you! Are you British?

Me: I could tell from your accent.

Nick: Thank god for that. I have a new driver and he asks me, “which part of Germany are you from?”!

Nick Talbot, who recently joined Tata Elxsi from Seymourpowell, as its global design head was quite laid back, had just walked into the meeting room where I was to meet him. He was quite laid back and we exchanged the usual pleasantries. If you didn’t know of his past credentials and accolades, you would pass him for another foreigner in India.

But a little bit of research about Nick would tell you that he was not just any other designer. In his specialization, automotive design, he has the distinction of working on the design of a production train for Bombardier, a concept show car for Ford and production of running prototypes of ENV - the world’s first hydrogen-fuelled motorcycle. More recently he led the team that created the ‘Aircruise’ concept for Samsung Construction and Trading.

This was a veteran designer and I had the chance to pick his brains about design on the whole and the state of design in India.

Nick was primarily brought on board Tata Elxsi as it’s global design heads to sovle a few burning issues that the company had. Nick says, “Firstly, one of my main jobs is to get more people to know about Tata Elxsi as a capable design house. Many parts of the world would not have heard of even Tata, let alone Tata Elxsi, and making sure that people don’t think of the company as a software firm or something like that.”

The second part of his job includes providing insights into the ongoing projects at Tata Elxsi. He says, “One of the main reasons for my inclusion into the team is to ensure that the quality of the work that we produce is good and consistent. You know, at the end of the day, I’m a designer. I’ve been a part of creative projects for the past 15 years and on a day to day basis at Tata Elxsi is invested in providing inputs to the ongoing projects.”

Nick, a Scotsman by origin, spent most of his 19 year old professional life, as he puts it, combating with London. But he isn’t new to a foreign environment, as he has lead design projects in USA, Japan and all across USA. He says, “In my previous job, I was the design director of a consulting firm and we had worked very closely with the Tata Elxsi team and got to know their senior management team quite well. The MD, Mr. Dev, had asked me if I was up to the challenge of working with an organization like theirs. I took it up.”

“There are many beautiful and some not so beautiful things about living in India, but so far, me and my family have been able to adapt well with it. Over the past two years, my family has been able to settle down well here and we’re enjoying it so far.”

1) Design is client centric - Design is the process of making sure that everything that the client wants is translated into design and ensuring that the end product is exactly that. Take for example, if an iPhone, was made using bad plastic and wasn’t put together as well, then you have a product that no one buys. Design is the difference between having a product that sells a lot and doesn't sell well at all.

2) Design is making something better - Now that can mean a lot of things. There is an old joke in the marketer’s circle, where you take the same old product, put new clothes on top of it, and call it new. That’s not making it better. Better is taking a bottle and reducing its size by a micro unit, while still being able to contain the same amount of water, resulting in lesser use of plastic and a lot of costs saved.

3) Design is the process of looking into the future - I think designers should be the people who’re thinking of how the future should look like. There are enough examples of how one person’s vision has resulted in product that couldn’t have been fathomed in the past.”

Nick further added that good design is going to cost a lot and it requires time and people taking design services should take that into account. He says, “Take the fashion design industry for instance. Say you’ve invested a lot of money on a celebrated designer, but you’ve given it to a person who cannot put the clothes together; you’ve wasted your money on the master. Remember, good design is the difference between selling a lot of something and not selling something at all.”

So what is great design? While, Dieter Rams’ 10 principles of design are probably the most widely accepted, Nick says, “That is the 400 million dollar question to which I don’t have answer for. I think the concept of aesthetic beauty is constant throughout the world - I mean, everyone can tell if something isn’t looking good. It is also in the use of the product, wherein, if a product is relevant and useful through time, is great design.”

“Without beating the Tata drum too much, I think the new Range Rover is a statement of simplicity; you will never find something in that car that doesn’t need to be there. Many people think it is too clean, but I think it is perfect.”

Another of Nick’s great roles is in ensuring innovation at Tata Elxsi. While this might sound a little abstract, Nick has a fairly straightforward way to ensure it. He says, “I think it is just coming everyday to work with the thought that there are always going to be problems to solve.”

So are there enough problems in the world? - “Oh, absolutely. The world is a disaster! There are so many problems. We’re definitely going to have a problem with water and food. We’re going to have a problem in dealing with old people. Most countries are overpopulated in such a way that it’s not even funny. And even the developed nations have problems with respect to fundamental things like health care. There are always going to be problems to solve.”

A change of mindset from the designers isn’t enough to ensure the continuity of innovation. Nick says, “If you say you’re serious about innovation, you’ve got to back it up with investment. If you look at the countries, which have been developing in the past decade or so, their R and D budgets have been increasing on a year on year basis. The same with companies; the one looking to develop all the time, have invested heavily in R and D.”

As a result, Tata Elxsi launched a startup incubation program, “incubate” late last year. The program invited tech startups to apply. Nick says, “Think of it as our commitment toward the continuity of innovation. Along with providing space and infrastructure, we provide mentorship. It would cost us something like a few hours in a week from seniors in the Tata group, which I think is of great value to the companies in the program.” Tata Elxsi recently signed on two startups, and Nick is regular mentor at the program.

Tata Elxsi’s technology focus seemed a little off to me, as being a fairly large design house, they were evenly poised to support design startups. Nick said, “You’re right. The technology was kept there are a way to keep a filter on the kind of startups that apply to us. But if there is an interesting enough design startup whom we can help, we might consider it strongly.”

Towards the end of our conversation, I asked Nick a few questions on design in the context of India and Indians. He shared that it was a challenge for them, to teach design thinking to startups which have just applied to the program. He says, “With design thinking, you have to zoom into a micro level and zoom back out to the macro level. This can be quite daunting. Furthermore, the process of design thinking requires a lot of iterations and what we’ve seen is that many Indian entrepreneurs are not so okay with that.”

“I’ve seen so many entrepreneurs drop down in a heap at the sign for criticism. Ever so often, we’d point out a few flaws with the product or the business model, and it really demoralizes them. They would be like, ‘oh, but everyone I showed the idea and product to thought it was great.’ I think they need to take it as feedback and be open to change, and it really depends on the individuals.”

He shared a story, where he was consulting with an entrepreneur who was launching an electronic product with a lot of features on it - “This wasn’t at Incubate, but there was this entrepreneur I was consulting with; I told him that the first version didn’t need the number of features that he had planned and just launch a bare minimum model and then launch the other features incrementally. He didn’t listen to me. It’s been five years now, and he still hasn’t launched the product. Like I said, it depends on the person.”

At the end of our conversation, I asked Nick what he thought about Indian designers. He says, “I think Indian designers need more exposure to places outside India. I see a heavy influence of the Indian culture and current day to day affairs. But when it comes to understand the sensibilities of other cultures, there have been challenges. Of course, there are so many forms of media that can help with respect to that. Mind you, skill wise, Indian designers are very able; but they do need much more exposure that what they have now.”

However, Nick is optimistic about the state of design in India. He says, “When I first came to India, the aim was to convey to Indian industry that they can benefit by good design. That has changed. The conversations we are having today take that for a given. There are so many international design forums that are working today. Also, India has such an appetite for being entrepreneurial and that’s why this country is going to change from the grassroots level. But it still needs a global view of things, which is happening slowly.”

After this, we were taken around Tata Elxsi’s design studio. It is an impressive set up and stay tuned for the video