Before life makes its point - The CEO Code 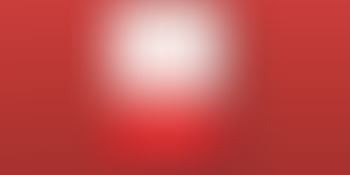 One of the many stories that I have heard from Jaggi Vasudev is about a young lion that was very proud, as a matter of routine. More importantly, the lion in this story sought validation at every turn. For instance, a deer would cross its path and the lion would ask of the deer, “Who is the greatest of all?” The deer would tremble and reply, “You, your highness.”Further down the jungle, a fox would come by, and the poser would be the same. The answer, though, would be forthcoming in a flourish: “The greatest, not only in this jungle, but in all the nearby jungles, is you and only you,” the fox would chime in, eliciting an approving nod from the lion.

The story, however, takes a real sharp turn when the lion comes across a massive elephant. “Who is the greatest of all?” the lion asked the elephant. What was the response? For a moment the elephant paused, to understand the question, and then the action was swift. The trunk grabbed the lion, hoisted high, and threw down with such a big thud that the lion broke his back. In pain, the lion moaned, “You could have told me!” And the elephant said, “I had to make my point.”

Bringing the audience back to the room, from the jungle, Jaggi says that most people turn to spirituality when faced with a major crisis, such as a health issue or a personal calamity. That’s no different from the lion that came to its senses after the big fall, Jaggi analogises. Why should you wait for life to make its point, he asks. Instead, as Jaggi nudges, you can turn within and begin your spiritual journey, in a moment.

What made me remember Jaggi was The CEO Code by David Rohlander (Jaico). Some people change when they go through a significant emotional event, which becomes a catalyst for change, he says. “Classic examples of this are divorce, bankruptcy, heart attack, having a baby, inheriting a large sum of money, or falling in love.” The other fundamental way people change is they develop a personal insight and make a deliberate decision to create new behaviours, adds David. “They then engage in a process of education, conditioning, and training to gradually develop and evolve.”

The intent of the book, David explains, is to help you avoid changing as the result of experiencing a significant emotional event. Rather, you will gain insight from the book that will stimulate you to embrace change and improvement, he assures.

So, what are you waiting for? For life to make its point?