From Tsunamika to Janaki, Upasana's Uma has spawned seven social businesses from Auroville

Upasana Integral Design’s (Upasana) founder Uma Prajapati is a woman of slight build. In 2004, when she turned up to help in the aftermath of the devastating Tsunami, she realized that she couldn’t assist with the heavy lifting required to clear the debris. Undeterred, she pivoted and in February 2005 started providing the women affected with trauma counseling. Soon, she began employing them to do work with Upasana. Out of that was born Upasana’s most famous creation – Tsunamika. A set of female dolls made from old cloth, that were carved out of the devastation of the 2004 tsunami, came to be celebrated as a symbol of hope. She cannot be bought or sold, but only gifted. To date more than 6 million have been gifted and Tsunamika has made her way across oceans and continents. Her story is studied in schools ranging from Spain to Singapore.

Uma graduated from the design school National Institute of Fashion and Technology (NIFT) in 1994. Before starting Upasana, she worked as design head with textile company Auromood at Auroville, a self-contained community, which is home to individuals from more than 47 nationalities. Sometime in 1996 she decided to start off on her own with Rs 2000 in her pocket and a dream to bring alive the heritage of India’s local textile industry. “I had no experience in the social sector. All I knew was that I wanted to bring grandeur of nation and vibrance to Auroville. In India the cultural language in textile is still embedded and is perhaps one of the few countries where the textile sector has not gone industrial. The local industries in Kanchipuram and Benares are still alive and millions depend on them for their livelihoods. Each state has own culture and textile. I wanted to bring the diversity of this into my area of work by infusing a sense of design that is sustainable,” says Uma.

The Tsunamika project was just one of the forks in the road for Uma’s Upasana Studio. Every single project that’s she’s undertaken so far has to got to with a response to a social situation that moved her emotionally, to which she has responded by carving out a separate project in the process. To date, there have been seven major projects that Uma has undertaken, each with her typical eye for detail, employing local communities, and with a strong emphasis on sustainability, aesthetics and design. Other than Tsunamika, the other projects include Small Steps, Varnasi Weavers Association, Kapas, Tranquebar, Paruthi and Janaki.

“We have always responded to a need and saw ourselves as a pioneering brand driven by design and social responsibility. The community did not know what designers can do, we have proved it with all projects about the power we wield,” remarks Uma.

As mentioned earlier, Tsunamika started as a trauma counseling effort for the fisherwomen in February 2005. Out of the 500 women who were trained to make the dolls between February and May of 2005, 200 have made it their livelihood. Since the doll cannot be bought or sold, a bank account was created to receive donations; the project continues to be completely self-sustained through the contributions of thousands of donors. Uma claims that Tsunamika is the only project post tsunami that is still active. When CNN was looking for story of hope post the Tsunami they decided to go with the story of Tsunamika story. Unesco has recognized the doll with a special endorsement. A storybook on Tsunamika has been translated into 7 international languages

Uma, who was born in Bihar, was traveling back home for a family function, when she saw strewn piles of garbage everywhere. Although, this wasn’t exactly the first time that this had happened, something snapped inside her, and she decided to do something about the problem and that’s how Small Steps was born. In India alone approximately 5,600 tones of plastic waste is generated daily that is a hazard to the environment. Uma realized that everybody were not doing anything not because they were not interested by did not know how to help. So they started a campaign that brings awareness to this cause saying one tiny step by every person by carrying their own shopping bag could make a big difference.

She formally launched Small Steps on Earth Day in 2007. Uma expects 10 million handcrafted bags that fit neatly into a little pouch to be made, out of which 1 million have already been delivered. “It is a tiny effort to change planet ourselves, a smart bag for a smart planet,” adds Uma. Small Steps has resulted in providing a livelihood for 140 women in 14 villages. They stitch these bags at home when they are free and don’t have to travel to a place of work to do this and on an average between Rs 1500 to Rs 3000.

Initially started as a small project by Upsana, to make 13,000 banarasi silk scarves were made as New Year gifts in 2006 for Denmark-based Best Seller Company became a full-fledged project involving the weavers from Varanasi in 2007. The weavers of Varanasi are suffering like many other artisans involved in the traditional arts and crafts in India. Rising production costs, cheaper imitations and a drop in demand has added to their woes. As part of the project, Upasana worked with weaving groups (2500) and provided them with design, marketing and sales channels. The products have been presented in international and domestic fashion shows. Upasana buys, brands and sells the Benares weavers brand in India and overseas.

Kapas is a sustainable business collaborative striving to protect and promote the fragile cotton communities of Tamil Nadu. Failed crops, increased competition, and unfair business practices have driven thousands of cotton farmers and weavers to despair; over 2 lakh cotton farmers have committed suicide in the past decade.

As a member of the fashion community, Upasana Design Studio could not silently witness such destruction. Kapas leverages partnerships with several local organizations to: choose only organic and indigenous crops nurtured by all-natural fertilizers; employ a fair business model that improves the livelihood of farmers and weavers; use natural dyes to create top-quality basics with a higher level of consciousness. We are working with Covenant Centre of Development (CCD), and Bestseller Foundation, among others.

From seed to sale, Kapas is socially and environmentally sustainable project using only the most ethical practices for the earth and the cotton communities of rural India.

Tranquebar lies 150 km south of Pondicherry, after the 2004 Tsunami wrecked the architecture of the town and the lives of its inhabitants. Upasana true to its philosophy of responding to social problems, hoped to transform Tranquebar into a cultural tourism destination by highlighting its beautiful heritage. They are engaging with the local population to enhance their skills in craft and help market their wares. They also help with boosting incomes by promoting the concept of homestays.

Upasana launched Paruthi as a local organic brand to support India’s organic cotton farming community. Uma believes that if India adopts an organic approach when it comes to clothing and food, that it can move towards a sustainable future. Upasana works with farmers from seed-to-sale stage by making garments for ladies, kids and gents, and also has separate lines for home furnishing, accessories and yoga-wear.

At present the movement to save to save our environment is growing slowly, but for real impact it needs to go mainstream, Paruthi strives to do this through the products it sells.

Paruthi changed Upasana as an organization, it is now striving to be a more sustainable, organic company itself. Upasana tries to no longer buy normal cotton and is instead switching to 100 per cent organic.

To complete the loop from seed to sale, Upasana launched Janaki (house of conscious living) as its first retail initiative in Pondicherry to sell home furnishing and organic food. They also organize a farmer’s market every Saturday morning.

Janaki, the brand is based on the concept of the Indian ‘grand mother’ who was looked at in the Indian family as a wisdom tree. Janaki bring the message of a sustainable lifestyle, as a shopping experience, paving a path for the future. One of Janaki’s sub-brands is Prakrit, which is a furniture line that was born after the cyclone Thane hit Auroville in December 2011.

Present perfect but what does the future hold?

Uma’s vision for Upasana future is one that is disconnected from profit maximization and serves people but one that is always self-sustained financially. During most of Upasana’s existence 60 per cent of its activity was non-profit and all its various initiatives have been self-funded. When I ask Uma whether she has had any investors. “Luckily no. Living in Auroville has helped me learn about the strengths and weaknesses of money and if I’m not careful, I can be taken for a good ride. I fear that the organization’s ideology; sincerity and brand could be overridden. We are looking at attracting investment but not from mainstream investors but from angel investors. Money is not for multiplying money, but for multiplying goods,” explains Uma. Angels have not yet been identified.

Profits generated by Upasana is plowed back into the business and into the various activities supported by Auroville. “Our focus is on social business because its the hope for the planet and large scale transformation, otherwise we will stagnate in human evolution. In a nutshell what is important is what difference can I bring? Instead of cribbing, I am interested in creating a world that is better and fair,” concludes Uma. 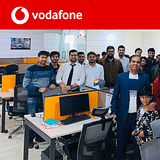