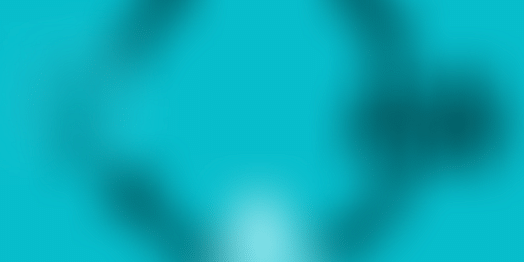 Crowdfunding is an emerging and innovative online platform that provides small businesses and startups with opportunities to increase their social media presence, investment base, and funding prospects.

Crowdfunding, a popular concept started in the US and the UK, is an emerging way of raising capital, entails the use of internet or social networking sites such as Facebook or LinkedIn or Twitter or even some dedicated websites. So, if you want to raise funds, what you are required to do is create an online profile and explain your project and fund-raising goals and share the same with public at large, including your peers, relatives, friends of friends, and so forth.

Crowdfunding is the process of one party financing a project by requesting and receiving small contribution from many parties in exchange for a form of value to those parties. Crowdfunding connects investors with small business startups and projects through an online transaction portal that removes barriers to entry.

Interestingly, it can be said that India has seen a massive crowdfunding success story many years before the term was coined: the story of the Reliance Industries founder Dhirubhai Ambani. His small yet growing textile business was crowdfunded by communities across the Indian state of Gujarat. Today’s India with its huge market and human capital has become a popular destination for global business and other investments that have identified opportunities. Its crowdfunding however has been restricted to microfinancing category projects, and the occasional donation-reward funding category.

The US Securities and Exchange Commission (SEC) has come up with a proposal for crowdfunding, the highlights of which are as follows:

In the next six months or so, many crowdfunding  platforms are expected to be in India. Worldwide, nearly a thousand such platforms will be launched. Recently, platforms such as Wishberry and Ignite Intent have been launched in the country. Most of them are in the rewards and donation space, as there aren’t too many regulatory issues around this model.

There have been attempts at crowdfunding for events like the Goa Project and campaigns like Teach for India. Crowdfunding is slowly becoming an alternative funding channel for the film industry. Film Director Pawan Kumar from Karnataka recently raised Rs 51 lakh using Facebook and other platforms.

There are legal issues around crowdfunding in India, since equity-based online crowdfunding is not legalised in India yet. It was made legal in the US recently when the Jumpstart Our Business Startups Act (JOBS) act was passed. Some of the key points of this Act are:

Of the three crowdfunding models, donation-based crowd funding is the most pragmatic approach as of now. Lending-based microfinance platforms like KIVA need approvals from the central bank. The Reserve Bank of India in 2011 approved Milaap, a non-profit microfinance institution to crowdfund from the overseas.

Here in India, the concept is catching up fast and is posing a danger at the same time, as very soon these funds could scale up. Many money laundering schemes might run in the name of crowdfunding via social media, pushing SEBI to set up a regulatory framework if it is found that such platforms involve large amounts of money or issuance of securities.

A discussion is on to find a nodal agency for such activities following a talk with various stakeholders like banking regulator RBI, Finance Ministry and Corporate Affairs Ministry. An official from SEBI stated that apart from setting up new rules after discussions with the stakeholders, any crowdfunding involving sale of securities can be either regulated under SEBI’s existing norms for Collective Investment Schemes or Alternative Investment funds.

There is no doubt that crowdfunding is rapidly being looked upon as a serious way of raising funds for startups and new businesses. The US and European agencies have started implementing laws for this to function. There are serious concerns, which make it mandatory to bring this method under the laws of the land. India may soon bring in the requisite laws to support this in a big way, as efficient crowdfunding system can really play the role of catalyst in bringing the startup ideas into reality.