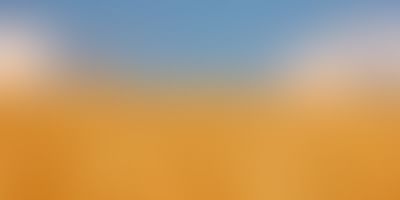 I have three favorite charities that also happen to be my favorite nonprofit brands: Feeding America, Teach for America, and Nothing But Nets. The charities share some notable characteristics.

The brand building effort of all three has also been impressive.

Names. The names are evocative. They are emotional as well as being descriptive. The Feeding America name hits at the core of the problem and their efforts. The Teach for America name describes those that join to teach in disadvantaged schools. Nothing But Nets provides a hint at not only at the core technology of their fight against malaria, insecticide-coated nets, but uses a basketball metaphor where you hit a shot that goes through the hoop without touching the rim.

Brand vision. The vision for each is simple, clear and compelling. Teach for America is about building a movement to eliminate educational inequality by developing classroom leaders recruited from top college students. Feeding America is there to provide food to Americans living with hunger. Nothing But Nets is simply about supplying Malaria fighting nets to families across Sub-Saharan Africa.

Brand building programs. Each has a wide assortment of varied and creative programs that involve others in the brand and their efforts. Nothing But Nets, for example, has a branded program called Team Bzzzkill whereby kids and adults can create a challenge to raise awareness and money. One person swam to Alcatraz in San Francisco Bay, a fourth grade class sold beaded bracelets, and a community had a camp-out, all to raise money to buy a quantity of $10 nets. Nothing But Nets used NBA stars like Stephan Corey to gain visibility for the message.

Use of stories. All three charities have incredible, vivid stories of the people that benefit from the food, education or nets. It is hard to hear one without being moved. They also have stories about the macro problems and the impact of their effort. Both are eye-openers.

I suspect that most charities could learn from these three, not only about operational issues but how to build a brand, why it’s important to do so and which brand-building programs work.

A recognized authority on brands, David Aaker is Vice Chairman of Prophet and consults exclusively for Prophet clients. He is the creator of the Aaker Model™ and has published more than 100 articles and 15 books. You can follow him on Twitter @davidaaker

This article has been originally published on David Aaker's blog.