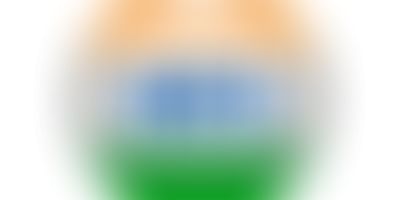 According to the 2011 Census data, out of the 725 million strong electorate, the number of first-time voters in India total to 149.36 million. Who they vote for will play a big role in which party wins a majority and which candidate eventually becomes the prime minister. Most first-time voters, who are very young, may not have a lot of knowledge of politics and politicians.

Anirudh Belle was a final year student, at Loyola College in Chennai studying economics, when he developed an itch to get more involved in politics and public policy. The itch soon turned into an internship early this year, with Rajeev Gowda, professor of economics and social sciences and chairperson of the centre for public policy at IIM – Bangalore. The internship involved Belle helping Gowda figure means through which youth attention and participation could be effectively gauged for Gowda’s forthcoming election campaign in 2014.

For Belle, this was a moment of further awakening, and he was convinced that he wanted to start something that sought to involve, and increase the participation of urban youth in politics and governance. Belle articulated his thoughts on his personal blog through a post titled ‘Politics, Advocacy and Young People – Putting Two and Two Together’. Shortly after he launched You Speak India (YSI) in August this year to pursue his dream. YSI is a non-profit that seeks to help the urban voter cast an informed vote. Buoyed by Belle’s enthusiasm, Vineeth Samdaria, a former colleague of Belle’s from AIESEC (an international not-for profit organization that provides students with leadership training and internship opportunities), joined Belle as co-founder and business development associate.

The need that they are trying to address is to plug the deficit between awareness of the average voter about various public policy issues and views that various politicians and political parties have on these issues. In addition, YSI is also egging unregistered voters, to get register themselves as voters and get on the electoral list by clicking on the “election center” tab on the YSI website to register online. “Our focus lies on the urban youth primarily because they don’t usually vote, are not registered on the Electoral Rolls or are objectively aware of public policy issues relevant to the whole of India,” explains Samdaria.

Belle and Samardia draw their inspiration from the work of Nani Palkhivala, a lawyer, diplomat and economist, who was instrumental in translating boring points of law and legislation to the common man in India. While both the duo have had an abiding interest in public policy and politics since a very early age, they don’t come from a political family.

YSI’s primary intervention is through their website, where users can learn about various public policy related news and views on topics like right to education, the persons with disability act and foreign direct investment. In addition they are seeking to engage with individuals through offline events across most of the metros. YSI has upcoming events in Chennai, Mumbai, New Delhi and Bangalore that will guide users through the registration process and also educate users on various election related issues so that they can make an informed choice.

The challenges that the duo is facing currently are in terms of funding and inadequate manpower to expand their initiative to different cities. Currently they have a core team of four and are on a recruitment drive to sign on a volunteer force across the country. Their initiative is currently not funded externally. “We are yet to identify funders who resonate with our cause. But, I must say, that there are several good people who, so far, have found great interest in our work and cause,” remarks Samardia.

YSI’s vision for the future is become the go-to destination for all public policy issues by bridging the deficit between voter awareness and the real issues that the country is currently grappling.

Other sites that are similar are India Votes, Vote India and PRS Legislative Research.