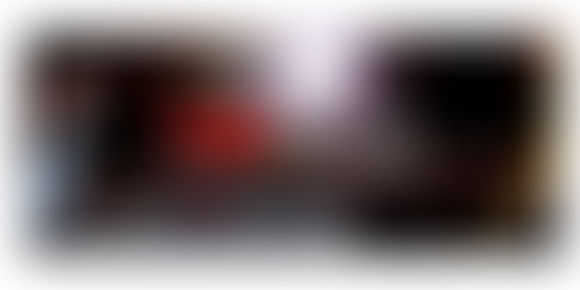 The slogan for TED (technology, entertainment and design) is “ideas worth spreading.” What started as a one-off event in 1984 became a full-blown conference in 1990, and has expanded globally ever since. Owned by non-profit The Sapling Foundation, TED conferences are hotly anticipated events, where the main act are talks given by various presenters, that have included Nobel Prize winners like Muhammad Yunus, and others like Malcolm Gladwell and Bill Gates. TED talks are available free online, and have been viewed more than a billion times. In a two-part series, we present the 15 most viewed TED talks of all-time, these are numbers 1-8.

Who: Sir Ken Robinson is a creativity expert, author and advisor to governments who challenges the current education system.

Why listen: Robinson believes that every child is an artist and questions traditional theories of education.He was part of the British government’s 1998 advisory committee that inquired into the significance of creativity in the educational system and the economy. A New York Times bestselling author, his 2009 book, ‘The Element: How Finding Your Passion Changes Everything,’ has been translated into 21 languages. Robinson was knighted in 2003.

The talk: In this 2006 TED talk Robinson proposes a radical rethink of our school systems, to cultivate creativity and recognize different types of intelligence. Creative students, he claims are shunned, and are instead groomed to become good workers. “We are educating people out of their creativity,” warns Robinson.

Who: Sinek teaches others on how to become effective leaders and inspire change.

Why listen: Best selling author Sinek began his career as a student in anthropology, he then went into advertising, following which, he started Sinek Partners. Now he advises people and organizations to find their inspiration. Sinek unravels patterns on why we are inspired by some leaders and some corporations.

The talk: Sinek talks about his disenchantment with his work after starting Sinek Partners and how through a process of self-discovery he regained his passion for life by essentially asking a fundamental question- why? He then began helping his friends and their friends to find their “why” by charging $100 per person. The talk includes examples of Apple, Martin Luther King, and the Wright brothers.

Who: Brown, a research professor at the University of Houston Graduate College of Social Work, has done some pioneering work on the importance of vulnerability, and is also a New York Times bestselling author.

Why listen: Brown turns the weakness of imperfection into a strength by asking that it be embraced. She has spent the past ten years studying vulnerability, courage, authenticity, and shame. Her research throws up insights on human connection, empathy, belongingness and love. A renowned speaker, she has won numerous teaching awards, including the College’s Outstanding Faculty Award.

The talk: Brown’s talk is about accepting our vulnerabilities and imperfections so that we can cultivate the courage, compassion, connection and the realization that we are worthy of love, belonging, and joy.

Who: Taylor is a brain scientist, and founder of Jill Bolte Taylor Brains, a not-for-profit, she is also affiliated with the Indiana University School of Medicine and is the national spokesperson for the Harvard Brain Tissue Resource Center.

Why listen: She became famous for studying her own stroke as it happened. After having recovered over a period of 8 years, she has become a singular voice for brain recovery.

The talk: Nothing short of phenomenal: Taylor describes how in the midst of a massive stroke, as she watched all her brain functions of motion, speech, self-awareness conk, she realized that this was a rare research opportunity few brain scientists would wish for, and get.

Who: Pranav Mistry, is a PhD student from MIT Media Lab and inventor one of the most exciting wearable devices – SixthSense – that enables new interactions between the real world and the world of data.

Why listen: Even in the world of mavericks that MIT Media Lab produces year after year, Mistry is somewhat of a superstar. While still a PhD student, Mistry invented his magnum opus- the SixthSense device. His other work includes: intelligent sticky notes – Quickies – that can be searched and can send reminders; a pen that draws in 3D; and TaPuMa, a tangible public map that can act as Google of physical world.

The talk: Mistry blows the audience as he deep-dives into his SixthSense device and also demoes a new, paradigm-shifting paper “laptop.” He also mentions that he’ll open-source the software behind SixthSense, so that developers can use the platform and build their own applications.Its ok to let your brain salivate.

Who: Cuddy is a social psychology professor and researcher at Harvard Business School.

Why listen: Through her studies on nonverbal behavior and snap judgments, she helps people understand, how it affects them from the classroom to the boardroom. She also uses her classical dancing background to help understand “power posing” or how body language influences others and even our own brain.

The talk: Cuddy explains the immense power body language possesses in influencing others and our own selves. She uses the example of her own life, as she talks about how she went from suffering a severe head injury, that doctors said would impair her mental capacity to becoming a social psychologist of repute. Her talk is about the triumph of the human spirit and the importance of body language in motivating ourselves (by raising testosterone and cortisol levels) and influencing the world at large.

Who: Gallo is an underwater explorer and a bridge between the ocean and those on dry land.

Why listen: In the area of oceanic discovery Gallo is a true pioneer. He sometimes partners with legendary Titanic-hunter Robert Ballard and was a co-expedition leader during an exploration of the RMS Titanic and the German battleship Bismarck. He also speaks extensively on behalf of the Woods Hole labs and leads tours of the deep-ocean submersible Alvin.

The talk: In his talk, Gallo gives the audience a ringside view of his world: including a color-shifting cuttlefish, a perfectly camouflaged octopus, and a Times Square’s worth of neon light displays from fish living in the darkest depths of the ocean floor. Pure awesomeness.

Who: Pattie Maes + Pranav Mistry. Maes is a professor in MIT’s Program in Media Arts and Sciences. Mistry is the inventor of the SixthSense device.

Why listen: Maes founded and directed the MIT Media Lab’s Fluid Interfaces group where she researched tools used to work with information and connect with one another. In 2000, Newsweek named as one of 100 Americans to watch out for. Currently she’s associate department head of the Media Arts and Sciences program at MIT.

The talk: In this talk Maes demoes the Mistry invented creation – SixthSense- that was all the buzz at TED 2009. Perhaps the first time the device was demoed to a large audience it blurred the lines between science fiction and what was really possible.