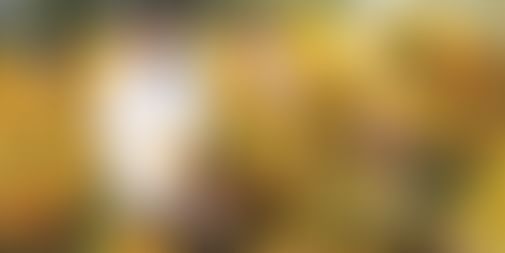 A large part of Indian population still lives in rural villages. We wrote a lot of stories about social entrepreneurs who brought water, jobs or improved agriculture system in rural areas. But it’s rather hard to find a person who has transformed an impoverished village into a model of development, which the government of Maharashtra wants to implement across the state. The person we are talking about is Popatrao Pawar, who is the former sarpanch of Hiware Bazar, a gram panchayat in Ahmednagar district of Maharashtra. In 20 years, he was able to transform Hiware Bazar from a drought-prone village to a green and prosperous model village reproducing Anna Hazare’s Relegaon Siddhi model of village development.

We had the chance to meet him during the first day of Jagriti Yatra, where he spoke in front of the 450 young people taking part in the journey.

Here are the six lessons we got from his talk.

A village doesn’t necessarily need a leader. It needs a process that facilitates decisions to empower the community. That’s a key principle in Popatrao’s philosophy. This kind of approach is brought to important decisions: every time the government releases funds for the village, they sit together and decide how to use it to serve the community better. “Decisions for the village shouldn’t be taken in Delhi, but in the village itself, where people understand the problems they are facing,” says Popatrao.

Water is a basic problem in most Indian villages. And that was the situation in Hiware Bazar 20 years ago. Today, their water management system is studied in universities. How did they do it? They started banning sugar cane and banana plantation since it consumes a lot of water. They also created channels where rain water is collected. That brought the village to have more water than what they need and to even sell it to neighbouring villages.

3) Education is an investment

Twenty years ago the literacy rate of the village was 30%. Today, it is 95%. They invested a lot in creating a good education system and that’s how their schools became popular that people from other villages started coming to study there. “We don’t believe in erecting statues of leaders, we rather prefer to invest that money in schools,” Popatrao says. Yes, school is an investment. That’s why students are not paying any fee for their education. They just sign a paper where they declare that they will stay in the village once their education is over.

4) The more jobs we create the less poverty we have

“Today our village is more developed than a city in India. All the families who had migrated out of the village now want to come back. Just three families are living below the poverty line,” Popatrao declares with pride. In order to improve the employment in the village they mainly focused on loan distribution, dairy, carpentry and tailoring. They are so successful in creating new jobs that people from other villages are coming for employment there.

5) Striving for the impossible. And make it happen.

Their beautiful story can be synthesized in one challenge. “Show me one mosquito in Hiware Bazar and I will give you Rs 100,” challenges Popatrao. The village is so clean and they fight malaria so well, that it is difficult to find any mosquitoes here. This “miracle” makes the village so famous that politicians, VIPs and tourists from 21 countries came to see it.

But other amazing things are happening in Hiware bazar. To fight HIV/AIDS they decide that every couple before getting married has to take an HIV test. They are the only ones in India who have taken this decision.

Hiware Bazar became such a best case practice that they decided to adopt other villages in order to replicate their development model and spread their impact. One of the villages they adopted was infamous for its high rate of suicides, but after the implementation of their development program no suicide has been registered. At the same time, Popatrao Pawar became the Executive Director of Maharashtra state government’s Model Village programme.