The boss from hell 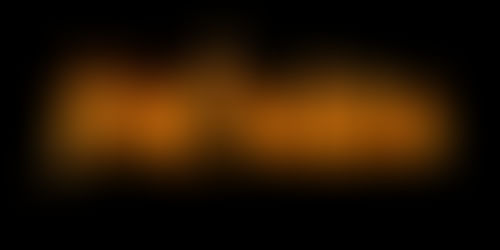 Bosses are meant to be bitched about. The harder you nod in their presence, the faster you forward boss jokes. And even if it gets sent to the boss by mistake, chances are he won’t mind. Scott Adams once said, ‘I had several different bosses during the early years of Dilbert. They were all pretty sure I was mocking someone else.’

In old Hindi films, there was always this sidey type who comes in briefcase in hand and says respectfully, ‘Maal laaya hoon, boss.’ The boss swivels his chair around, face fitted with sunglasses and a pipe, and makes an obvious gesture, upon which some henchman shoots the sidey type. Louder than gunshot is the boss’s ha-ha. But bosses have changed since Gabbar Singh’s times.

Take attires. Not all wear Prada. For domestic helps the boss could be pajama-clad, since the former’s workplace is the latter’s home. Suit or not, bosses are best covered. A partially dressed boss can only distract, hamper corporate productivity and bottom lines. If a boss walks in without a stitch on, crank up the AC.

Vijay Nair says in his book The Boss is Not Your Friend, ‘The relationship with the boss closely mirrors what you go through in a fling. There may be a time when you think the sun shines out of your boss's ass but you get over that phase sooner or later. And end up feeling embarrassed about all the great qualities you once attributed to this slimy creature.’

There is the bossy, strut and swagger, I-am-the-boss boss. He is all for hierarchy, salutes and being called ‘sir’. Blessed is the boss who yells, for the knees in his kingdom shake round the clock. The bully boss is a workaholic who spends his days growling in the office as he has a sensible wife/mom who packs him off to work at first light.

The insecure boss will gather a clique around him, expecting them to follow if he joins another firm. He switches protégés and favorites just to keep the staff on its toes. His smiles, his sulks will set the boardroom mood. He is after a cult following. Only career-suiciders need apply.

The eccentric boss, who backslaps today and demotes you tomorrow, is a classic whodunit. Perhaps he has read some textbooks and follows them sporadically or he is a genuine crackpot brought in by the management or he just owns the damn company. Nothing stops bosses, like chocolates, from being nutty. As Judd Rose put it: ‘Where there are bosses, there are crazy bosses.’

There are bosses you have to pick up from the airport or whose plants you water when he is out of town. Then there is the boss who loves to gossip, who will blur professional-personal lines with his sudden attacks of frank and verbose vulnerability. Touchy-feely if allowed, whiny-meanie if not.

At the end of the day, you have to draw your own lines. Fine if he asks you what you had for breakfast but your form of birth control is your own business. On core issues like your work output and IQ, you and the boss better agree to disagree. He thinks he is god, you don’t.