The inside story of FashionAndYou’s struggle and survival 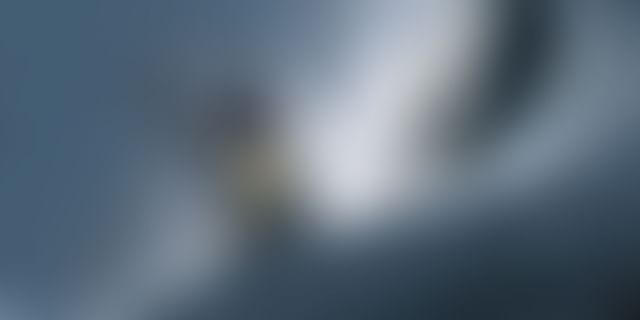 Last year, the startup grapevine was abuzz with different versions of what was going on inside FashionAndYou. The spurt of rumours was due to several reasons: Pearl Uppal, co-founder and head of operations, left the company; UrbanTouch acquisition didn’t work; customers were unhappy; and there were hints of internal conflicts over which key insiders quit. Many even doubted if this online fashion and lifestyle e-commerce company would survive the storm.

But this is just the beginning of a story. What exactly happened inside FashionAndYou, what all went wrong & why, how the organization and the people struggled, how they came out of it and re-started up, how is a team being re-built and much more constitutes the full story. We got in touch Aasheesh Mediratta, who has been a FashionAndYou employee since 2010 and the CEO since January 2013 to know the complete story.

Edited excerpts of our conversation with Aasheesh:

Pearl and Harish started this company back in 2010. Before they got series A funding from Sequoia, they started looking out for various department heads. Not many knew about e-commerce. Especially those from offline businesses never believed that one can sell merchandise online. Despite the fact that FashionAndYou was one of the companies, which got initially funded in this space, it was a little difficult to convince outsiders. But once the person came to the table to discuss the role, it wasn’t difficult to convince anybody. There are a lot of people in our country with an entrepreneurially driven mindset. When e-commerce was booming 3-4 years back, it was not very difficult to attract good talent.

Rajesh Kaul, our current supply chain head, was taking care of supply chain at that time. By 3rd quarter of 2010, Series A funding happened and most of the top management joined in, including me. I was heading sales and sourcing function. My job was clear; to get more than 1200-1500 suppliers on board and establish the relationship with them. I had a team of 4 people at that time which I built to 24 along the way.

Building a strong team to hold the battleInitially you might find it difficult to get the right people in the right teams, but it is extremely important. You need to have your best foot forward. An offline business can still work in a silo where a particular department finishes the work by getting merchandise in the warehouse, it gets shipped to the store and the store sells it. It doesn’t happen in e-commerce. It is more of a matrix organization. It has more intra-wired departments. No department can be successful, nobody can achieve their KPAs if they are not in touch with the other departments on a day to day basis. There has to be a lot of team meetings, a lot of discussions and issues have to be managed on a daily basis. It is a 24 hour job and it requires different qualities in people.

Even if you are a specialist in your field, you need to be a team person. You need to have the capacity to manage people. Though it is a technology based business, it has a very high people element to it. The challenges and opportunities are on a daily basis. It is a relay race, it is not a 100-200 meter individual run. Nobody can win it alone. A lot of hand holding is needed between teams. One thing which people forget is that people work with people and for people. If the team leaders don’t have the attitude of an excellent team player, even the best of the guys will go down. It happens if people keep working in silos and we have had this.

These things don’t affect so critically on a daily basis in offline businesses as they do in an online one. It is more like a quarterly review or a semi-annual review where various verticals come together and review everything. Here, it is in your face every day. If your top 5-6 people can’t hold the battle much in advance, it will be a flop show.

Everything was going fine until Pearl quit in April 2012. She had her own personal reasons to quit. Post that, we were looking for an internal leader and it was also decided to look out for acquisitions and we acquired UrbanTouch. This acquisition didn’t work. That was purely a catalogue business, this was flash sales. The mindset was different and a lot of difference in direction was present. By August-September of last year, we went low on our marketing, internally we were resolving our future direction and plans, and we were already going down on sales. And in a month or so, we started losing people.

Nobody wanted to be a part of the organization that wasn’t growing and there was conflict of direction inside the company. We lost some good people. Putting together UrbanTouch and FashionAndYou, we were a 1000+ organization at that time. We took close to 3 months to come to a conclusion and we decided to close down UrbanTouch operations. The market was getting tougher and there was no point to continue with two brands in this space. It was very difficult to keep the brand flag high for a single brand.

That was the time when decision was opened to people to stay back in the company or move ahead with their respective new ideas and visions. In January this year, Abhishek Goyal, founder UrbanTouch and that CEO that time, decided to move on and it was decided internally that I will be leading the company. A lot of handover happened between January and March and without any animosity or issues, we all moved on. By the time I took charge, we had lost some key people.

“We were left with a lot of wounds, a lot of broken pieces..”

Come January this year, people were leaving. We were closing down one business. There were a lot of negative things written in media and a lot of coverage done. People were writing that FashionAndYou is doomed and it is going to get closed. It needed a lot of gut and mental strength for professionals to even stay back in this company. A lot of good people also left purely because they didn’t have that risk taking stamina in them. It was a question whether this company will be ever turned around with the kind of costs we had, the kind of burn we had with a 1000 people, whether it can make itself a lean and mean organization in 6 month’s time. And nobody believed that it could be done.

To be honest, I think investors had the good intention to merge UrbanTouch and FashionAndYou. There was a good intention by UrbanTouch team coming in and running the business they wanted to do but things didn't go as planned. Finally, we were left with a lot of wounds, a lot of broken pieces and a lot of people who left the ship thinking Titanic is sinking.

When I took the charge, I wasn’t clear how are we going to turn around this company by December. That was a commitment made to the board. Board would have loved to believe but they were willing to give us more time. We wanted to start doing things in April and be back in business by Diwali. Nobody knew that it was a story in making.

The biggest challenge for me was to not only to keep some people afloat but also to make sure that the operations run the way they are supposed to run without affecting the customer experience. Customers were not getting products on time, a lot of issues in delivery, a lot of delay issues and a lot of negativity across the organization as well as media and press. But customers were completely oblivious of what was happening inside. They just wanted their products delivered. As a customer you won’t care what the hell is happening inside, you would say, ‘I have paid money and you deliver’.

At this time, either most of the head of departments have left or were doubting if this company could be turned around. The flag was held in my hand. I knew that I was picking up a difficult job. It was like a crown full of thorns. Somehow with the help of 15-20 people who were keen on trying we decided that we give it a fair chance. So what if we go down, we will have a satisfaction that we tried.

It took days and days to go and convince people that it will take a lot of gut and grit. Who wants to work in such a stressful environment. With negativity all around, people who were actually putting in effort to make it work were the biggest sufferers. By March, UrbanTouch team was completely gone. The challenges were too many – to retain the team which was needed, to be back in business and to re-build a team for future with new department heads. We got in touch with Rajesh Kaul. He was in the core team at supply chain at Myntra. We were colleagues when I had joined FashionAndYou in the beginning. Harish and I had a long chat with him and we agreed that it was a difficult task we were offering. We told him that this is the best environment to be in and if you survive this, you can survive anything. And he had that instinct of being at an entrepreneurial position as well.

Looking to fight a fair battle in the future

With a co-founder leaving, an acquisition that didn't work, key people leaving us, a 1000 people organization with a fat cash burn, whatever could have gone wrong had gone wrong. We cut down costs to 60-70% across the organization, majorly on SGNA. Today, from a 1000+ organization, we are a lean organization of 350. We are back to our best ever numbers. This could not have been possible without the team members who stood by and who believed in FashionAndYou.

It’s a restart up, rehiring, it is a regrouping and it’s a renewed company altogether. Investors are quite happy. Now, we need to focus back on our marketing and get our positioning back in the business as we the only one in the flat sale business. We are an open website now, not a closed shopping club. We don’t want to rely only on one bucket which we had relied on earlier. We rather focus on 3 areas. Ethnics has always been the biggest category and one third of our business comes from there. We are happy to grow it. Discounts on big brands is a big pull in for people and we want to have differentiated and curated quirky categories which you don’t find anywhere else.

We are now focusing on e-commerce 2.0. I believe e-commerce 1.0 was about driving value and convenience and customers are now very much aware of it. They know it is here to stay. The next part is the emotional connect and it can only come through curated selling and completely focusing on what the customer wants rather than what discounts you want to offer. Till March 2015, our focus is on doubling our business and work towards breaking even.

If you ever thought starting up was difficult, think again. Isn’t sustaining the real challenge? Isn’t building and keeping a team strong and together the real deal? What do you think is the biggest challenge for a startup?