The young faces of Jagriti Yatra: A train journey to change hearts and the heart of India 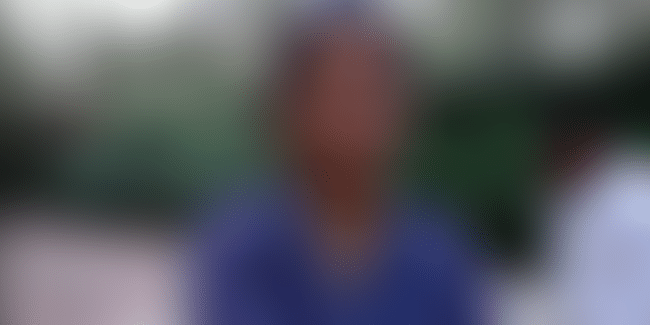 “The point of the Yatra is looking at different realities of this country and accepting them,” Devdatta Patnaik explained to a crowd of eager young people.

He was addressing a group of 450 young people from 27 different states of India. From Orissa to Assam, from Kerala to Tamil Nadu, the intra-national diversity is breathtaking. These young people gathered bright and early on Tuesday morning at the Tata Institute of Social Sciences (TISS) for the launch of the 2013 Jagriti Yatra, a trip that would take them across many of these states to explore enterprise. Enterprise to develop India.

SocialStory is traveling on the train along with these inspiring young people to bring you the story of their journey. We will be sending updates from the road as often as travelling wifi permits.

The sixth annual Yatra started with a visit from the first two of 15 role models the Yatris will meet on their trip. Jyoti Mhapsekar is the founder of Stree Mukti Sanghatana, a group that educates and trains rag picker women and organizes them into co-operatives. She inspired the group with her unwavering passion for helping women and reducing waste in India.

The second role model was Popatrao Pawar, sarpanch of Hiware Bazar, who has successfully converted a fallow dry land into lush greenery by managing water reserves in the village. He spoke to the Yatris about the Gandhian concept of ‘India resides in her villages’ and how he brought change to his village through direct democracy, proper water management, increased employment and education. If you want to read more about Pawar’s talk, the report of this story can be found here [link].

Shashank Mani, the founder of Jagriti Yatra, also spoke to the Yatris before their departure to tell the tale of past Yatris.  Twenty percent of Jagriti Yatra alumni have gone on to start their own enterprises and, as of this year, the Yatris have collectively covered enough ground to have circumvented the globe. He inspired the group with his passion for enterprise, his belief in the power of entrepreneurs to change India for the better. “Go home,” he said, “ and transform your own small area for the betterment of the country.” It succinctly captured the spirit and aim of the Yatra: to create entrepreneurs for a better India.

But Jagriti Yatra is not about the inspirational entrepreneurs who act as role models to the group. Rather it is about the young people themselves and what they will do after the transformative journey. We had the opportunity to talk to a few of these young people about their goals and expectations before they left on the trip.

“I’m excited about the outcome, what I can do. A purpose for my life. We get stuck thinking there’s only one option. I was going to go to the US for school but I thought I should get to know my own country first.”

“I want my passion to become my profession. I’m very interested in natural resources.”

“There are people from different strata of the Indian youth. There are many reservations and predetermined views I have on Indian youth and I think I’ll break through them through the Yatra.”

I decided to come because it’s very comprehensive: you get to travel and interact with people from so many different backgrounds. And then I’m interested in this area of work, this area of entrepreneurship and something outside of the normal Indian curriculum.

“It’s meeting the role models in their place of work, you get to hear them and read about them but that’s a very third person narrative of what they’re doing. But I think to see what they’re doing there and in person, it’s a much more practical picture of what it takes to execute the ideas seeing what it means to execute the kind of ideas we all have and give us the courage to actually do it. Things like this do exist, they’re not just on paper.”

Article by Zoe Hamilton, she’s currently traveling on Jagriti Yatra. She is PR Lead and Program Coordinator at Jaaga.in, a creative community space in Bangalore.