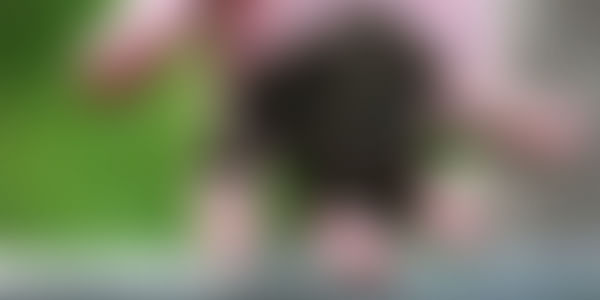 Here’s the list of social enterprises that received funding last year, if we have inadvertently missed any deals, please mention them in the comments section, and we will make sure that we shall update this list.

3) Intellegrow: A Mumbai-based debt financier to small businesses, the company has raised $2 million from Michael and Susan Dell Foundation.

4) Utkarsh Microfinance: A non-banking finance Company (NBFC) in Varanasi (Uttar Pradesh) that was started to provide financial and non financial services to the unbanked population who have the skill but are in need of capital. Utkarsh has raised $4 million from existing investors Aavishkaar Goodwell, International Finance Corporation and Norwegian Microfinance Initiative.

6) Kinara Capital: The Bangalore based company, which provides capital to micro, small and medium enterprises has raised $1 million, in a round led by Sorenson Impact Foundation.

7) Jack On Block: The facility management and services firm, which provides services ranging from carpentry to plumbing, raised a seed round from Unitus Seed Fund and Mumbai Angels.

8) Saraplast: 3S SHRAMIK is a brand of Saraplast Pvt. Ltd. and a social enterprise based out of Pune in the field of portable sanitation and liquid waste management. The company raised a round a funding from Zurich based ResponsAbility.

13) Ananya Finance: Ahmedabad-based Ananya is an institutional lender to microfinance institutions. The company raised just under $3 million in Series A funding from WWB ISIS Fund (ISIS) and IDBI Bank.

14) Agastya: The non-profit is a network of motorbike science labs to address the lack of science equipment and digital resources for rural children. It snagged $500,000 after being announced a winner of the Google Impact Challenge.

15) Digital Green: The social enterprise acts like a video hub and an online knowledge platform to help farmers gain the agricultural skills they need to lower their costs and increase their productivity. As a winner of the Google Impact Challenge, it was awarded $500,000.

16) Janaagraha: The Bangalore-based non-profit was awarded $500,000 for being a Google Impact Challenge winner to create online and mobile apps to connect citizens to their government representatives in urban India.

17) SANA: The social enterprise was also a winner of the Google Impact Challenge getting $500,000 in funding. SANA combines solar-powered micro-ionizing water purification and bio-digesting technology to improve water and sanitation infrastructure for rural villages.

18) Labour Net: The Bangalore-based social enterprise creates sustainable benefits for workers in the informal sector by offering them a platform to access services. LabourNet raised an undisclosed amount of funding from Acumen and Michael & Susan Dell Foundation, Startupcentral states.

19) GoCoop: A Bangalore-based venture that provides a social marketplace for co-operatives and community-based enterprises to list and sell their produce online. GoCoop raised a seed round from Indian Angel Network and Unitus Seed Fund.

21) Bodhicrew Services: The New Delhi-based skill development and job placement services company, secured 30 lakh (around $60,000) in seed funding from Unitus Seed Fund. The funds would be used to streamline the operations and set up offices in other parts of the country.

22) Caravan Craft Retail Private Limited: The Bangalore-based venture snagged funding from Unitus Seed Fund to a tune of about Rs. 1 crore to set up stores and build its supply-chain system.

25) iKure: Kolkata-based healthcare provider iKure Techsoft Pvt Ltd two rounds of investment (February and August), the exact amounts invested was not disclosed. The first was from two high net worth individuals (HNIs) – Jayesh Parekh (co-founder of Sony Entertainment Television) and Nandan Maluste (president of CSO Partners) – through the Intellecap Impact Investment Network (I3N). The latest round was made by Calcutta Angels, jointly with I3N. The funds will be used to set up health centre chain in villages across the state.

27) Swarna Pragati Housing Microfinance: The New Delhi-based company received Rs. 21 crore in funding, which led by Aavishkaar Goodwell II, existing investor NBFC Asia Pragati, owned by one of Asia’s largest Asia investments group PAG (Pacific Alliance Group), has also participated in this round. The company will use the Rs. 21 crore to strengthen its presence in Maharashtra, Odisha, Karnataka and Tamil Nadu, as well as to expand into other states.

30) Ecozen Solutions: The renewable energy company was founded by IIT Kharagpur alumni Devendra Gupta, Prateek Singhal and Vivek Pandey, and focuses on the applications of distributed power generation for agriculture and rural communities. Villgro invested an undisclosed sum into the company.

31) Artoo: Founded by entrepreneurs Sameer Segal and Indus Chadha, Artoo has developed an android and cloud-based platform for financial institutions, allowing them to take field processes online and track their business with real-time input. Villgro invested an undisclosed sum into the company.