With a fresh $106 million fund under its belt, Inventus to place bigger bets on Indian startups 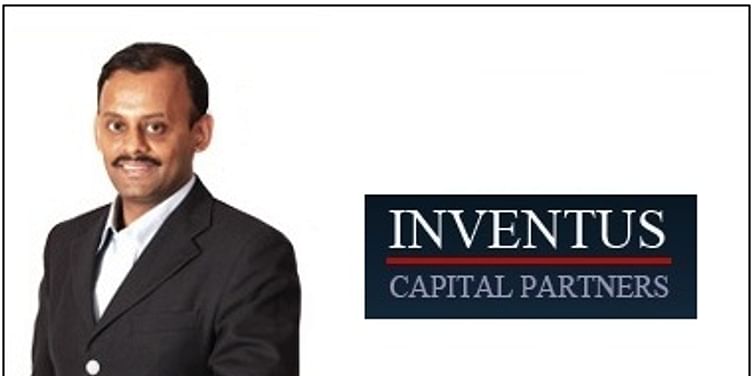 Inventus Capital Partners, early-stage investment firm based in Bangalore and California, has raised a second fund of $106 million, and plans to make bigger investments on India-related startups. “We were investing about $1 million on average in companies that were mostly in their first year of revenue. Maybe now we will be investing about $1.5 million on average in similar companies,” Parag Dhol, Managing Director, Inventus (India) Advisors, told YourStory in an exclusive interview.Investus' first fund invested $52 million in 18 companies, including redBus, the online ticketing company acquired by Naspers last year, ViVu, a video conferencing business acquired by Polycom in 2011, and Sierra Atlantic, acquired by Hitachi Consulting in 2011.

“We will stick to the sectors we have been investing in so far,” said Parag, adding that data infrastructure company Espresso Logic had already received $1.6 million in seed funding from Inventus' new fund. This was for its backend service to connect web and mobile applications to external databases.

Broadly, Inventus intends to keep its focus on Internet, mobile, software and services, and Parag sees great potential in companies using technology to solve everyday problems in India. The following are excerpts from YourStory's interview with Parag Dhol:

Will your new investments be a progression in areas you have been successful earlier, or will you look for new areas?

We will stick to early stage companies in the sectors that we have been investing so far. Essentially, you will see very little change in our investment processes.

We have already started investing from the fund – for example, data infrastructure company Espresso Logic.

In an earlier interview with YourStory, you had said that using technology to solve problems in a cost-effective way has been a sure-shot mantra for Indian startups. Can we retain a competitive edge in this or will new mantras be needed?

Take for instance, RebBus offering an efficient online bus ticketing service or Power2sme, a buying club for small and medium enterprises. They are clearly using technology to solve a social problems. That's great.

Another example is eDreams Edusoft, the only education technology company that we have invested in. They are the inventor of world’s first intelligent and adaptive personal tutor “FunToot” for K-12 education. Their vision is to improve the life of every student globally through student-centric disruptive technology innovations, driven by innovations across technologies such as Artificial Intelligence (AI), Machine Learning, NLP and Speech processing.

These are all great applications of technology to solve the day-to-day problems in our society.

What are the key changes in the Indian startup ecosystem over the past year, and how do expect it to evolve going forward this year?

What I have seen is that Indian startup ecosystem is maturing on all fronts. The teams that I see across the table that pitch to us, today, they are much more well-rounded. They have combined experience of about 20-30 years of experience among all founders; they have achieved some in the sense that they have bootstrapped their startup and gone to a certain level. So in the quality of the founders and the quality of the businesses that we deal with are aspects that which are now great.

The second thing is the diversity of the business. I have been in the investment business since the early 1990s. At that time, it was one software company after another. There were, of course, different flavours, but essentially, they were software companies. But now I see hardware thrown in, software, internet, mobile, social, all kinds of ideas. Somebody wants to work on telecom towers, somebody wants to invest in photography and so on.

Third thing, I notice, is that the rest of the ecosystem has also developed over the last couple of years. For instance, angel investing has developed massively in the last two years. To give you an example, two of the companies we have invested in our second round of funding, have been invested in earlier by angel investors. This wasn't the case during our first round of funding.

Those are the three things that I have noticed in terms of the maturity of the Indian startup ecosystem.

In spite of the uncertainty over stable government in India post-elections, you seem optimistic about the startup scene. What are the reasons for your optimism?

India is a long-term bet for us, and in general as well. To that extent, the current affairs, especially since we invest in the early-stage companies – the startups are really five to six years from an exit – have only limited impact on our investment decisions. So we are in India for the long haul.