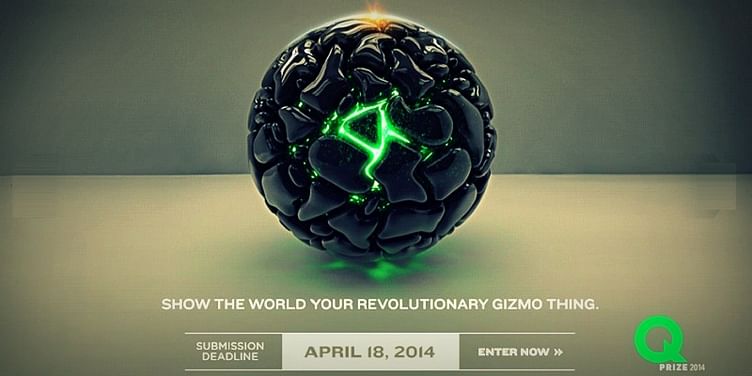 Qualcomm Incorporated (NASDAQ: QCOM), through its venture investment arm, Qualcomm Ventures, has just announced the fourth edition of its sought-after QPrize™ international seed investment competition. The goal of the contest is to identify and fund the promising, early-stage technology companies. Seven regional winners from China, Europe, India, Israel, Korea, Latin America and North America will win US$100,000 each as seed funding. They will then compete with each other in the QPrize Grand Finals competition for US$150,000 Grand Prize. This, awarded as convertible note funding, is to help transform the company’s innovative business plan into reality.

The deadline to submit business plans is April 18, 2014. Each of the seven regions will have eight finalists, who will attend an regional competition where each company will be evaluated based on the merits of the technology innovation, its market potential, the company’s management capabilities and the attainability of the proposal’s financial projections.

Karthee had told YourStory in an earlier interview on QPrize that India is witnessing an increase in consumer facing and product focused start-ups, and mobile is more pervasive than any other technology ever. "The sales of smartphones now exceed PCs and laptops, and are on track to surpass the 1 billion mark in 2014. Similar trend is being witnessed in the Indian market as well. India is the world’s third largest Internet market with over 120 million users, of which 50 million access it through mobile devices. Globally, entrepreneurs and start-ups are focusing on creating more experiences and platforms around mobile," he told us.

While announcing the QPrize 2014, Nagraj Kashyap, senior vice president of Qualcomm Ventures, said: “As a leading industry enabler, Qualcomm is committed to fuelling innovation and driving cutting-edge technologies into the entire wireless ecosystem. The QPrize competition allows us to take a look at very early stage companies in key regions throughout the world and fund the next wave of up and coming innovators. Last year’s entrants redefined the capabilities of mobile technology, which was showcased when the Grand Finals winner, iOnRoad, was acquired less than 30 days after the Grand Finals. QPrize acts as an important validation point for many of these startups, and we look forward to fostering the development and leveraging the QPrize brand to further raise awareness of these breakthrough technologies.”

To submit your business plan for the Qprize, go to www.qprize.com.